No need to ‘demonstrate’ why you wish to exercise a Constitutional right. The Second Amendment Foundation has joined a U.S.... 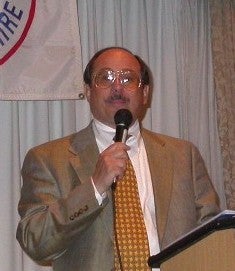 No need to ‘demonstrate’ why you wish to exercise a Constitutional right.

The Second Amendment Foundation has joined a U.S. District Court lawsuit filed in New York, which demands a permanent injunction against a state law that requires applicants for gun permits to demonstrate igood cause.

“American citizens should not have to demonstrate good cause in order to exercise a constitutionally-protected civil right,” said SAF executive vice president Alan Gottlieb.”Our civil rights, including the right to keep and bear arms, should not be subject to the whims of a local government or its employees.

The case at hand was brought by Westchester County residents lan Kachalsky and Christina Nikolov, who saw their permit applications denied on similar grounds.

Gottlieb pointed to the recent Supreme Court decision in McDonald v Chicago, which struck down a nearly 30-year old handgun ban in that city, saying the decision made it clear that 2nd Amendment rights apply to both state and local governments.

“Our lawsuit is a reminder to state and local bureaucrats that we have a Bill of Rights in this country, not a ‘Bill of Needs’,” he said.