It happens like clockwork at every 3-gun match I attend. About midway through the morning shooters start to have disastrous... 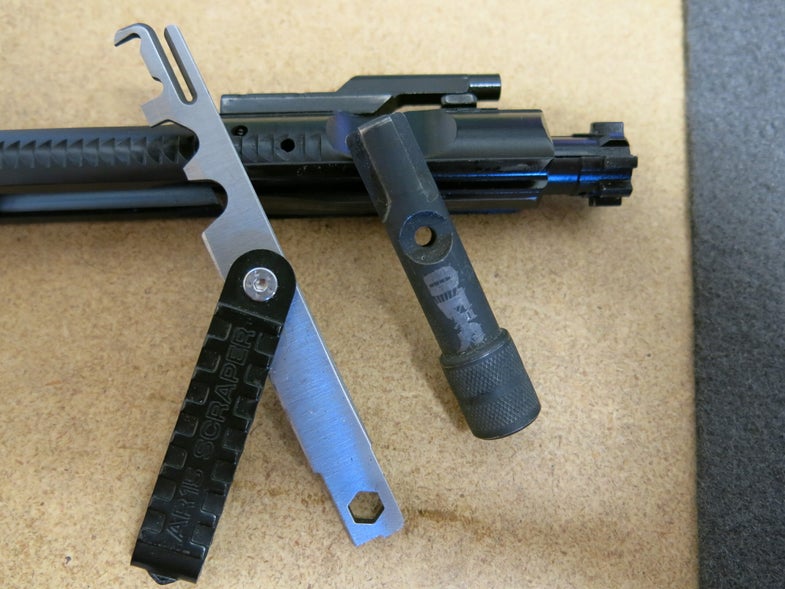 It happens like clockwork at every 3-gun match I attend. About midway through the morning shooters start to have disastrous stages where their firearms stop working. AR’s don’t feed, shotguns don’t cycle and pistols grind to a halt.

This never seems to happen to the pro shooters and the reason is that they are cleaning their guns frequently. And by frequently, I mean that some of them field strip and clean their guns and magazines between every stage.

I’ve taken to following their example.

Two little tools that have joined my permanent field kit are the Otis Bone Tool and the AR15 Scraper by Real Avid. These simple devices are used to clean all the elements that comprise the bolt carrier group (BCG) in an AR.

The Otis Bone Tool is sized so that its ends can scrape carbon and fouling from the bolt and the interior of the bolt carrier. A hole in the middle of the Bonetool is use to clean the firing pin.
The AR15 Scraper is a strip of metal with various cuts and radiuses machined into to it. Each of these machined shapes corresponds to a portion of the BCG.

I use other items for the shotgun and pistol, but when it comes to the AR, I don’t head out without these two items in my range bag.