I just spent a couple days in the Florida Keys getting a look at new products from Silencerco, one of... 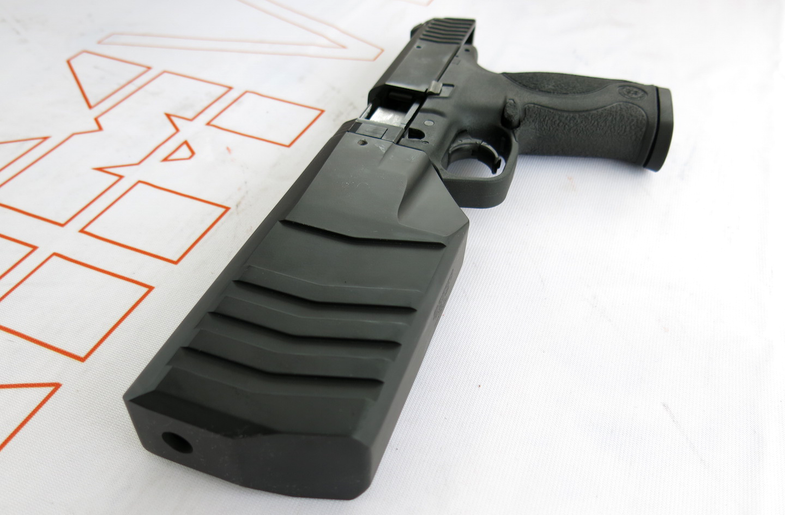 I just spent a couple days in the Florida Keys getting a look at new products from Silencerco, one of the most interesting of which is the Maxim: a 9mm pistol with an integral suppressor.

Along with a handful of other people at this event, I boarded a large catamaran and headed to international waters where we were able to blast away to our hearts’ content at targets floating in the waves and get a feel for the new pistol.

The samples we shot were working prototypes, built on highly modified Smith & Wesson M&P 9s. The final design of the Maxim has yet to be established, but even in this rough form it exuded a Blade Runner-caliber degree of badassery. The ultimate design should cut an even more impressive figure, as Silencerco is likely going to build the entire pistol from scratch, save for the magazine system, which will probably be based on either the Smith & Wesson or Glock format.

The performance of the pistol was terrific. The suppressor has an asymmetrical design with the bulk of the baffle system lying below the barrel, allowing for an unobstructed view of the sights along the slide and the top of the can. (The rear sight is located at the rear of the slide in the normal position, while the front sight is positioned on the top of the suppressor body.)

The weight of the suppressor was not prohibitive, though the additional bulk makes for negligible muzzle rise under recoil. With the center of gravity of the pistol closer to the shooter’s hands when compared to normally suppressed handguns, the Maxim balances and moves very well. This pistol shoots fast and is quiet.

Our shooting spree was a torture test of sorts, as magazine after magazine was loaded into the pistols, which were eagerly passed around from one shooter to the next. We didn’t give the guns a break nor show them any mercy. Other than a couple failures to feed, which is not surprising given how hot and dirty the guns got, the pistols ran beautifully.

Unlike pistols with a suppressor hanging off the end, the Maxim will be able to be carried in a holster. Ultimately, Silencerco expects the Maxim to function as a duty gun for law enforcement and military personnel.

The price of the Maxim has yet to be established, but I doubt it will be cheap given that Silencerco is building it from the ground up. Once it’s officially available—which Silencerco says will be some time in 2016—it’s going to be a ground-breaking addition to the firearms world.