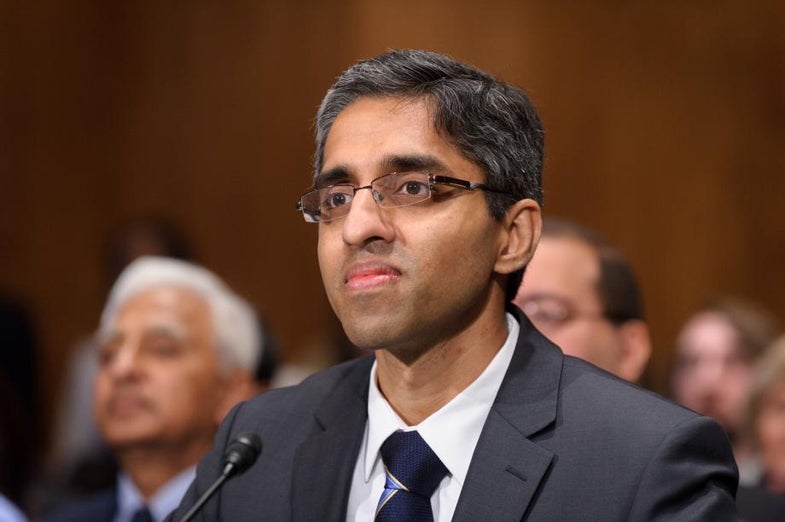 But the best news, according to the National Shooting Sports Foundation, is HR 83 (the Consolidated and Further Continuing Appropriations Act for FY15) prohibits the Environmental Protection Agency from banning traditional ammunition made with lead components.

“Though by no means a perfect bill,” the NSSF states in a Dec. 16 press release, the bill includes “an important provision that protects the rights of Americans to choose the type of ammunition they prefer to use for hunting and target shooting.”

NSSF issued its support for the spending bill, approved in a 219-206 vote, because it includes no funding for the EPA to continue its quest on behalf of anti-hunting groups to ban lead in ammunition. If such a law was adopted, the NSSF says it would essentially ban 95 percent of the available ammunition supply.

The legislation was nicknamed “cromnibus” because it combines the traditional scope of an omnibus spending bill with a continuing resolution (CR). It will fund most of the government until the next financial year. The Department of Homeland Security will only be funded through February.

Also on Dec. 16, the Senate approved a short-term continuing resolution to allow it more time to review and vote on the House’s omnibus spending package. The Senate is expected to pass the bill as soon as Dec. 19 and President Obama is expected to sign it into law before the end of the year.

Six of the worst environmental provisions in the ‘cromnibus’ spending bill

A look inside the massive $1.1 trillion spending bill

The $1.1 trillion spending bill will let us use lead bullets

In U.S. spending bill, a tall tale for fishermen

The Senate on Dec. 16 confirmed Massachusetts physician Vivek Murthy as the next U.S. Surgeon General in a 51-43 vote, a victory for gun-control zealots widely criticized by gun owners and Second Amendment advocates.

Murthy’s nomination was mired for more than a year by discord over his outspoken stance that guns are a “public health issue.” The National Rifle Association and other pro-democracy groups vigorously opposed his nomination.

According to a Dec. 16 staff redalertpolitics.com blog, among the senators who opposed Murthy’s confirmation was Sen. Joe Manchin (R-WV), co-author of the failed compromise Manchin-Toomey background check bill.

“Manchin is up for reelection next year in an increasingly red-leaning state and is already facing Republican attacks — particularly on guns,” redalertpolitics.com said. “Manchin, who won his seat in part thanks to his Second Amendment bona fides, lost the favor of the NRA in the wake of the Sandy Hook Elementary shootings, when he cosponsored legislation with Republican Sen. Pat Toomey to tighten restrictions on gun ownership.”

Murthy won the nomination vote because five Democrats who lost their seats in the 2014 midterm elections cast ballots. Had the vote been delayed until the new Senate is seated in January, Murthy would not be the next Surgeon General of the United States.

Sen. Mark Kirk of the Peoples’ Republic of Illinois was the only Republican to vote for the Murthy nomination.

Obama’s surgeon general pick may defeat the gun lobby, thanks to chastened democrats

The South Carolina House in 2015 will review a bevy of bills that would expand gun rights, including one that would allow open carry without a concealed weapons permit and another that would allow public school students to take gun safety courses at school, which would include shooting at off-campus gun ranges.

Sen. Lee Bright (R-Spartanburg) is the sponsor of both bills. He sponsored the same “Constitutional Carry Act” that would do away with concealed carry permits during the 2014 legislative session.

“Initially, there’s a scare because it’s our culture. It’s Hollywood,” Sen. Bright told the Associated Press. “But, you know, law-abiding citizens being armed — I think it makes us safer.”

Four other states have similar laws: Alaska, Arizona, Vermont and Wyoming. South Carolina critics of the proposed “Constitutional Carry Act” say three of those states are mostly rural, which makes a difference when it comes to people carrying guns.

Nonsense, Bright said. “Arizona has Phoenix and Tucson. They haven’t had an increase in gun violence,” he said.

“A lot of folks, when they counted the argument about the Constitutional carry, everybody talks about training, and this was just an opportunity to have training in the schools, something that spells it out that they’re allowed to do it,” Bright said.

The classes would be voluntary. Students would learn about gun safety in their classrooms on campus, but to pass the class they would have to demonstrate at a shooting range off campus that they can safely fire a gun.

Bills would redefine ‘firearm’ in Michigan

Newtown lawsuit against Bushmaster is more stunt than substance

The lawsuit filed by a Connecticut law firm representing nine families who lost a child or adult, and a teacher who was shot but survived, in the Sandy Hook school massacre seeks to exploit a loophole in the 2005 Protection of Lawful Commerce in Arms Act called “negligent entrustment,” in which a seller knows, or should know, that the buyer could use the firearm to hurt others.

The lawsuit filed by Koskoff, Koskoff, & Bieder argues that Bushmaster, the nation’s largest manufacturer of semiautomatic rifles, should have known that “civilian gun owners have a poor record of safely securing their weapons and that mass shootings with the AR-15-style rifles are a predictable part of modern life.”

Bushmaster is the maker of the AR-15—specifically, the XM15-E2S—owned by Adam Lanza’s mother, which he used to kill her before going to Sandy Hook elementary to kill 20 first-graders and six educators in 264 seconds on Dec. 14, 2012.

The suit is described as “a longshot and a potential landmark case” because it directly challenges federal law that shields the firearms industry from liability for people who misuse guns.

Lawsuits based on improper marketing and sale of firearms have been stymied by the Protection of Lawful Commerce in Arms Act, or PLCAA, enacted in response to lawsuits filed by cities seeking to hold manufacturers liable for the public health consequences and costs of gun violence.

“When one provides a weapon to another who is not competent to use it, the one who provided the weapon is negligently responsible,” said Michael Koskoff, who filed the suit on Dec. 15 on behalf of the families. “This is an assault weapon that is good for use on the battlefield and by police officers, but it is a negligent choice to sell it to the general public.”

“Like all Americans,” National Shooting Sports Foundation Senior Vice President Lawrence Keane said, “we have great sympathy for the families represented in this suit, (but) this tragedy was caused by the criminal actions of a mentally unstable individual. We can all agree that what would have prevented the tragedy from occurring is if Mrs. Lanza had been responsible and not allowed her son to have unauthorized access to any firearms.”