Nothing says property and home defense quite like this 19th century American Trap Gun. This Trap Gun or Alarm Gun... 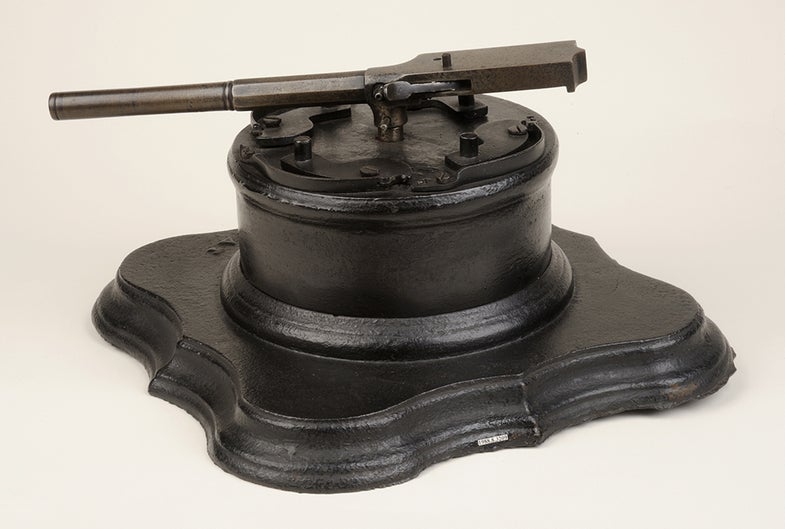 Nothing says property and home defense quite like this 19th century American Trap Gun. This Trap Gun or Alarm Gun as it can be called was a popular type of firearm in the South in the mid-1800s. They were used to protect property, oftentimes found on tobacco plantations.

This particular gun was used in a watermelon patch down in Macon, Georgia around the 1860s. This gun is mounted to a cast-iron frame that contains clock springs. There are four locking lugs, which also serve as triggers, on the top of this firearm. Designed to deter thieves, a cord would be affixed to each locking lug and stretched out across the melon patch. If someone tripped the cord, the gun would turn and shoot in that direction.

Not every trap gun was used to inflict lethal harm. Some barrels were filled with other types of materials that would simply wound the thief and hopefully convince them not to try that again! This firearm is one of the most referenced at the Cody Firearms Museum. If you google watermelon patch gun, you get several photographs of the firearm from our collection and discussion boards referencing it.