I experienced a college flashback this past week and not just because I was sitting in a bar. It was... 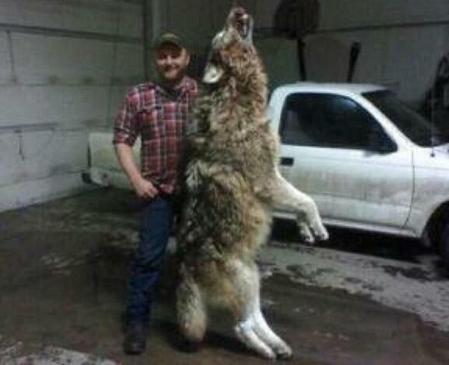 I experienced a college flashback this past week and not just because I was sitting in a bar. It was late Thursday afternoon and after greeting a couple of buddies shortly after walking through the door, IPhones began making their anticipated appearances. However, instead of predictable photos of strutting gobblers, the accompanying photo popped up.

“Yep, this thing was shot in Chester, Mass.–just a little north of here,” someone said. “Must have been one of those wolf/dog hybrid things because I heard that it was declawed.” And then I had my flashback.
_
Lies, Damn Lies and Statistics_, a favorite undergrad communications textbook, immediately came to mind. Swapping the word “statistics” for “the internet” would help make for a modern-day version of a college textbook.

A day later we stopped down at the watering hole again. While waiting for our pizza, another local walked in with a printout of the same photo also claiming it to be a Massachusetts wolf shot by “a buddy’s friend.” He also said that it was shot a week or two ago. Hmmmmmmmm… I guess it’s not too surprising. Ever since the bona fide wolf kill in Shelburne, Mass. a couple years ago and the furor over the mountain lion roadkill in nearby Connecticut, these sorts of stories have been widely circulated. Just don’t believe everything you hear.

A little Google-Image investigating indicates that the photo first showed up on the Internet in May 2012. Further, depending on who you believe, it was either shot or trapped in Idaho or the Northwest Territories. It seems an odd-looking beast to me, but if you know more, leave a comment in the box below.