Several weeks ago, Nevada wildlife officials reported that an enormous black bear–estimated to weigh around 700 pounds–has been responsible for... 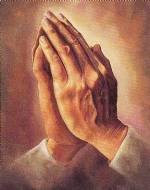 Several weeks ago, Nevada wildlife officials reported that an enormous black bear–estimated to weigh around 700 pounds–has been responsible for as much as $70,000 in damages to homes in and around Incline Village, Nevada. For months the big fellow has evaded traps and special night patrols sent to find it.

The damage the bear has inflicted to 40 or 50 garages continues to mount as it stays one step ahead of its would-be captors.

“The deputies up there all say he’s the biggest bear they’ve ever seen,” said Carl Lackey, DOW biologist and bear expert. “He’ll walk right by a trap, he won’t go in them. He’s really random in where he goes. He’s made it real tough to catch up with him.”

Even a .44 Magnum bullet to the head fired by a homeowner earlier this summer did little to slow the big boy.

Traps, biologists and .44 Mags notwithstanding, the wily bruin may have bit off more than he could chew over the recent Thanksgiving weekend.

That’s because on Saturday night it busted a door at the Village Church and helped itself to 22 jars of peanut butter, boxes of cornflakes and more food destined for needy families during the approaching holiday season.

“He proceeded into the kitchen, opened the freezer using the handle…as he helped himself to a few cans of frozen orange juice and a few dozen sweet rolls,” said Helene Larson, a member of the congregation.

After the bear’s raid, Village Church Pastor Dick Randall sent an email to his congregation, asking that they join him by requesting Divine Intervention leading to the quick capture of the marauding bruin.

“Pray this bear (that has) done over $70,000 damage to homes and now a church is caught and relocated,” Rev. Randall wrote. “Pray also that it does NOT come back to our church.”