The moose populations in New Hampshire and other northern states are dropping due to parasite infestations, according to a new... 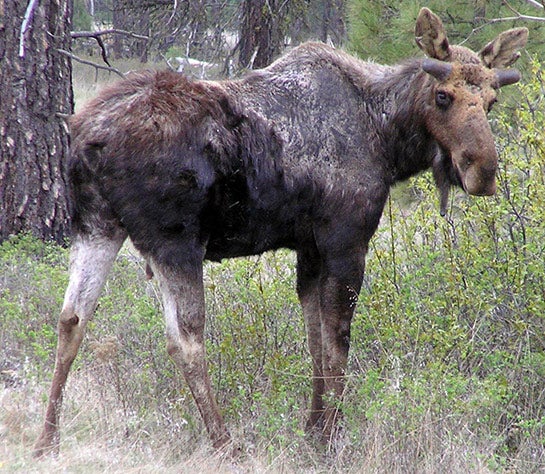 The moose populations in New Hampshire and other northern states are dropping due to parasite infestations, according to a new study from New Hampshire Fish and Game.

Brain worm, a parasite that attacks the moose’s brain and spinal cord, has historically been blamed for a high number of moose deaths around the country, but researchers in New Hampshire have found that an increasing number of moose are dying from another parasite – the winter tick.

New Hampshire’s Fish and Game Department says winter ticks account for 41 percent of all antlered game animal deaths in the state. This number is equal to the percentage of animals killed by hunters and motor accidents combined. The department says shorter winters and other changes in the climate may be partially to blame.

Fish and Game researchers say that by late fall a moose can carry about 30,000 ticks under average weather conditions. In years with a late first snow, that number could be as high as 160,000 ticks. And the situation will only worsen as the warmer temperatures allow the ticks to live longer and reproduce in greater numbers.

Moose are most vulnerable to ticks during the rut in late September and early October. The animals lose a considerable amount of weight during this time because they’re more concerned with mating than feeding. Hosting extra ticks that constantly drain away blood only weakens the animals more.

Tick bites irritate and stress a moose and the result is a loss in a loss of appetite, an inability to rest and a thinner coat due to constant rubbing and scratching. Ticks pose an even greater threat to younger calfs which are far more sensitive to disease. Nearly half of calf deaths were due to winter ticks.

Researchers are currently working to figure out how climate change and the number of ticks on a moose relate directly to mortality.