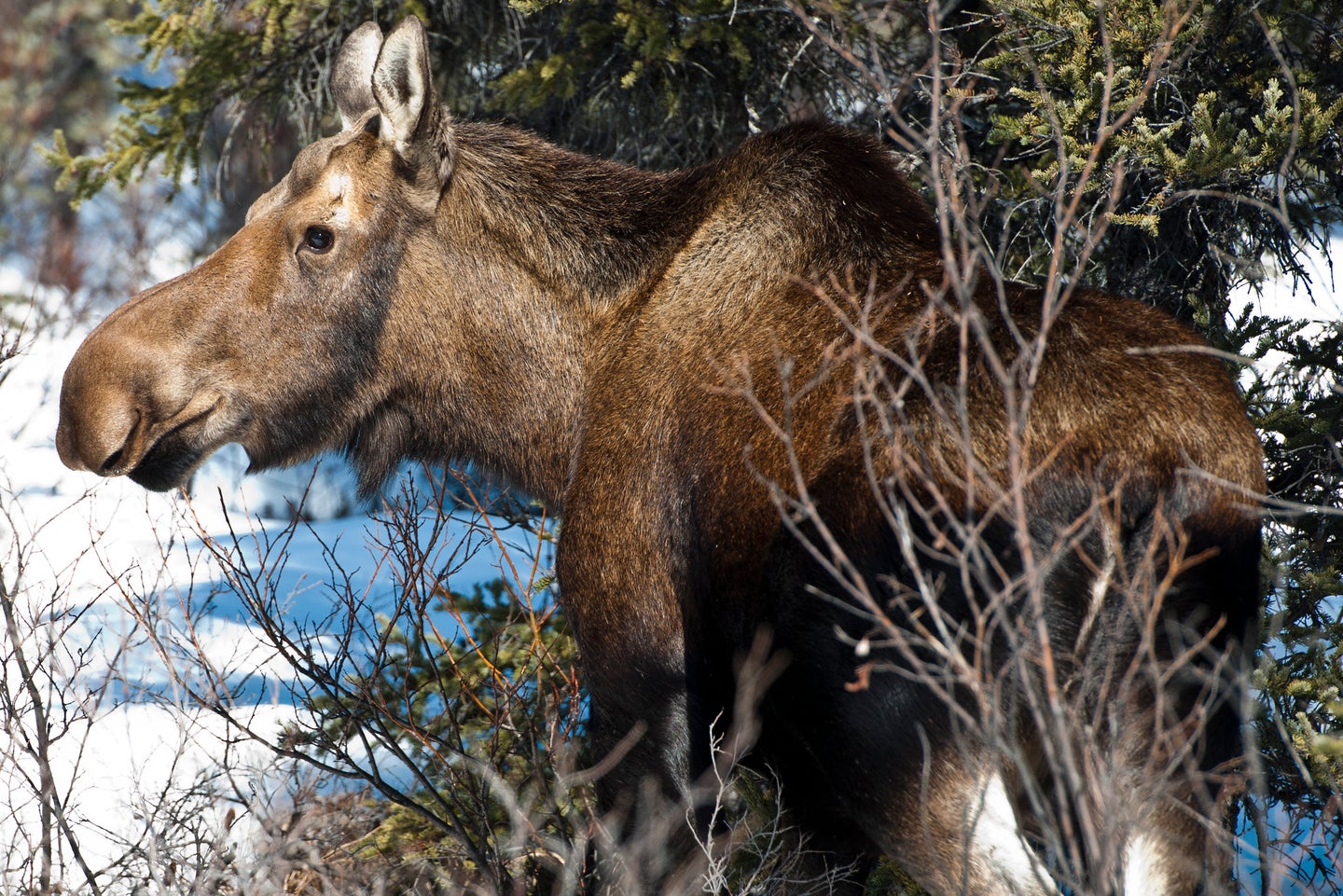 A woman in central Idaho was hospitalized this month after she was brutally attacked by a cow moose in her own driveway. The attack occurred shortly after Ketchum resident Lori Satchett pulled into her driveway and let her dogs out of the car on Jan. 13, according to the Idaho Department of Fish and Game. The moose immediately went for one of the small dogs, then charged Satchett when she tried to intervene.

“The moose ran at the woman, hitting her in the head which reportedly knocked her unconscious for a brief time,” IDFG explains in a press release. “It is unknown what happened immediately after the contact, but her injuries are consistent with a moose continuing the attack while the woman was on the ground.”

In addition to a concussion, Satchett suffered a broken nose, facial bruising, and injuries to her thigh and tailbone. The woman later told reporters that she knew she had to be hospitalized as soon as she regained consciousness.

“It was stunning, the impact,” she told the Idaho Mountain Express. “When I tried to sit up I saw psychedelic lights on my peripheral, and I knew I had to go to the hospital.”

Satchett was discharged from St. Luke’s Wood River Hospital on Jan. 14, after doctors determined that her injuries were not life-threatening. She told the newspaper she could have easily been killed in the attack but added that she blames her miniature Schnauzer and not the moose for what happened that day.

“This wasn’t the moose’s fault,” she said. “Lots of people walked by that moose before and it didn’t do a thing. The moose was not aggressive. If my dog hadn’t been barking, she would have left.”

IDFG regional wildlife manager Mike McDonald seemed to reiterate Satchett’s point. He explained that while it’s “very rare” for a moose to injure a person, they will often bluff charge, and he said that dogs are usually a factor in the incidents he’s seen. McDonald explained that the size of the dog “doesn’t seem to matter” since moose naturally view any dog as a potential predator.

This innate predator-prey response is something that Alaskan dog owners, and especially sled-dog owners, deal with frequently. Moose also tend to be more aggressive throughout their range during the wintertime as they have a harder time surviving this time of year.

“In winter, moose can be stressed due to extreme cold and deep snow while their food supplies are scarce, and their fat reserves” IDFG explains. “Minimizing disturbances during the winter is critical to reduce stress to moose and other big game animals.”

As for Satchett, she told the Mountain Express that in the future, she plans to minimize this risk by keeping her dogs on a leash at all times.