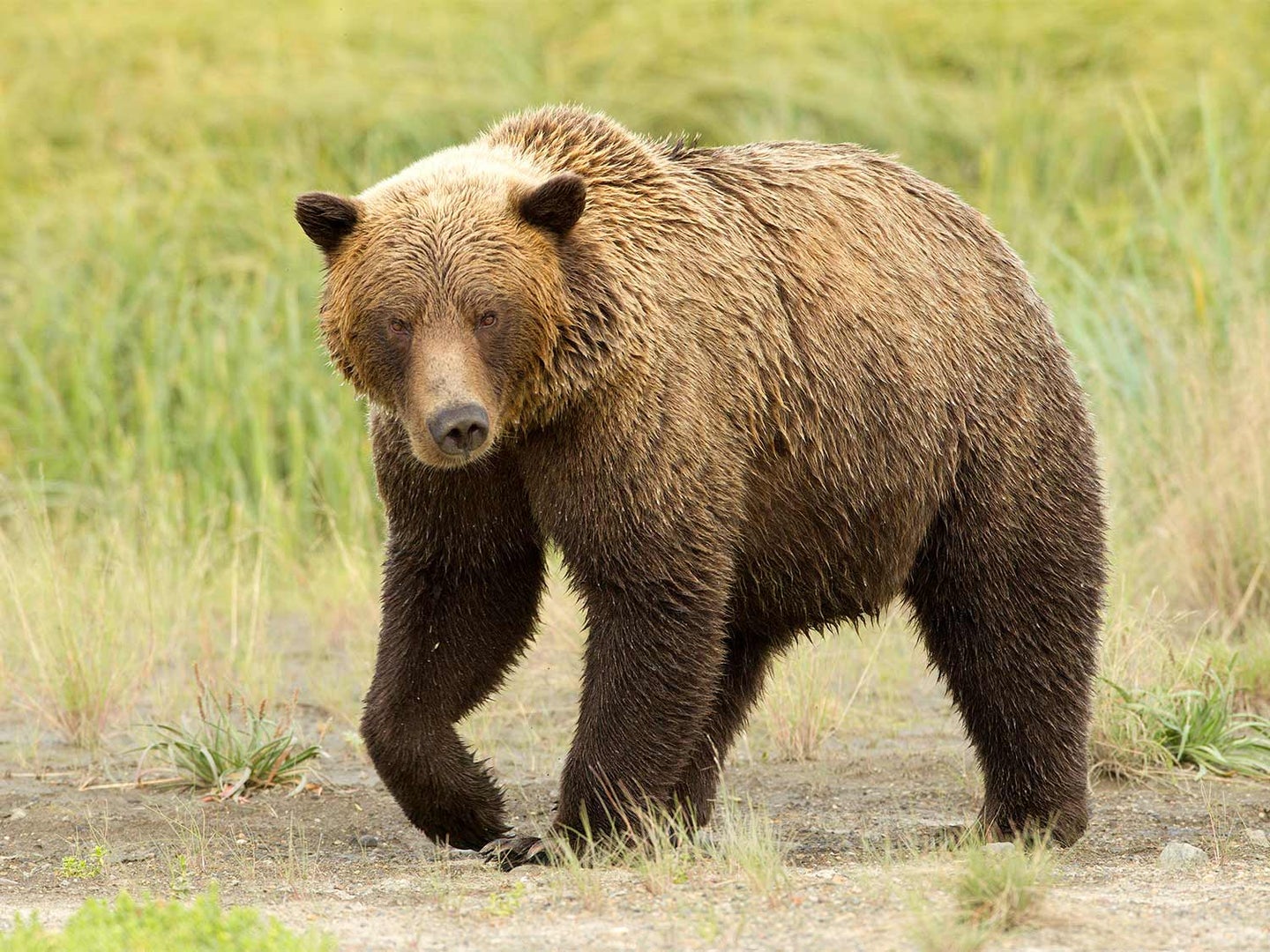 Four people have been the victims of grizzly attacks in the same part of Montana this fall. In an unexpected twist, these encounters happened within an eight-mile area and just eight days apart. Even though such situations are rare, this concentration of activity emphasizes the importance of making the right decisions when traveling through bear country. It also reminds us of the importance of reacting correctly when a bear confrontation turns ugly—in Big Sky country or anywhere else.

One Bad Day For Three Hunters

Some questions still remain about the grizzly attacks in the Gravelly Mountains at the Beaverhead-Deerlodge National Forest in Montana. Inside the vast boundaries of this National Forest area (covering 3.36 million acres and stretching across eight counties in southwestern Montana), three hunters were injured on the same day in virtually the same spot on Cottonwood Creek. Aside from wondering what provoked this violent reaction, the most obvious question is whether these men defended themselves against the same animal.

The first bear attack in this series occurred at about 7:30 a.m. on Monday, September 16, 2019. A grizzly bear charged and attacked two hunters who were heading south on Cottonwood Creek on the west side of the Gravelly Mountains. The bear injured both men, but thankfully, they were carrying bear spray and were able to use it to drive the grizzly away. The men were then able to seek medical care in nearby Ennis, Montana, and were released the same day.

Later that evening, two hunters were heading north toward Cottonwood Creek around 6:30 pm. A grizzly charged the two men and injured one of them. This second pair of hunters was also successful in driving the animal away. The injured man was treated for his wounds initially in Sheridan and later transferred to a larger hospital in Butte for further treatment. This hunter was released from the hospital on Friday, September 20.

Wildlife officials searched the area by ground and by helicopter for several days, hoping to spot any local bears and perhaps determine the culprit. The search was suspended on September 20 after no bears were seen in the area.

Montana’s Gravelly Mountains were the backdrop to another grizzly attack on September 24, only eight miles away from Cottonwood Creek. An unidentified man from Ohio reported that he was attacked by a grizzly bear. It’s still unknown whether this man is the fourth victim of the same bear, or the survivor of an attack from a different animal. This fourth incident occurred south of the prior attacks, near Coal Creek Drainage and Eureka Basin Road. This fourth hunter reported that the bear ambushed him as he made his way through blown-down timber. At the hospital, the man told the authorities that he did know about the previous bear attacks in the area, but he was prepared for such an encounter.

The Montana Department of Fish, Wildlife, and Parks (FWP) stated that “During the incident, the man reportedly fired multiple shots at the bear until it left. The man was able to meet up with other members of his hunting party and get medical attention.”

The FWP and U.S. Forest Service have urged hunters and other outdoor enthusiasts to avoid the area while their investigation continues.

Why There and Why Now?

It doesn’t take a Ph.D. in wildlife biology to know that bears are very active in the fall season. During the last days before their long sleep, bears are looking for calorie-dense foods to fatten up before the coming winter hibernation. And as hunters hit the backcountry, it’s only natural that paths will cross. The biggest factor in these back-to-back events, however, may be the growing grizzly population in that area. The Endangered Species Act lists grizzly bears as a threatened species and protects them in the lower 48. It’s only legal to shoot or injure these animals in defensive situations. This protection is allowing the number of grizzlies to rise. Morgan Jacobsen of FWP recently stated that “The Gravelly is an area that they’ve [the grizzlies] kind of grown into, so geographic distribution is growing and their density within that area is also growing.”

Read Next: How a Montana Hunter Survived a Double Grizzly Attack

At first glance, grizzly bears and black bears can look alike. Keep in mind that there are differences between bear species. Grizzly bears can reach much larger sizes than black bears. Large adult grizzlies can weigh over 800 pounds and stand more than 7 feet tall on their hind legs. Their fur is typically brownish, and they have a distinctive hump at their shoulders.

By comparison, large black bears average around 300 pounds and stand about 5 feet tall on their rear legs. Their fur coloring can range from very light brown to black. Both species have exceptional sight and hearing, along with noses that can smell food miles away. Statistically, black bears are more predatory against humans than grizzlies, though this may have more to do with animal numbers in human-inhabited areas than animal temperament.

When it comes to either species, you don’t want to surprise a bear, or find yourself positioned between a mother and cub. Despite their great size, these animals are also fast. Grizzlies can sprint for short distances at speeds between 30 and 35 mph (twice as fast as a human).

Story after story illustrates the usefulness of bear spray, but not all products are equal. Do your research before purchasing. You’ll want to make sure that the product is EPA registered, has a reach of over 25 feet, and ideally possesses an orange colorant. Bears are clever animals, and leading biologists believe that the hiss of the spray and the color of the mist have an additional impact on deterring bears. And of course, the high level of capsicum derivatives in the product will burn that big, sensitive nose of theirs. You’ll also want to make sure your product has a belt holster for fast deployment. The use of bear spray isn’t guaranteed to stop any bear attacks, but it has a long history of lifesaving impacts.

In two of the incidents mentioned above, the hunters drove the bear off using handguns instead of bear spray. While studies show that bear spray is highly effective against bears, it’s wise to carry a sidearm, too. Here’s some advice from a recent Outdoor Life story where our resident expert, Tyler Freel, weighs in on bear defense pistols and how to use them:

“Something you can shoot quickly and accurately, and fire as many rounds on target with is a must.

“The lightweight ergonomics and increased capacity of a 10mm auto is something to take seriously. So is the potential for practice. Big revolvers vary from unpleasant to painful to shoot, and ammunition for them is too expensive for frequent practice for most people. The 10mm auto is stout, but recoil is manageable. You can find practice ammo for about $20 a box. Just be sure to switch to hard-cast or solid bullets for defense.”

In most negative bear interactions, surprise is one of the key factors, so be noisy. This gives a sharp-eared bear plenty of time to clear out of the area before you come trapesing through. For hikers, campers, and backpackers, this is an easy way to avoid startling a bear, but for a hunter, this loud strategy is naturally undesirable. The noise from chatting, whistling, and scuffing your feet will only serve to scare away your quarry.

Still, when hunting season falls in bear territory, you can make some efforts to avoid an unpleasant bear encounter. Don’t move with stealth until you’re actually in your proposed hunting area, and when possible, hunt with a buddy or bring a group of friends along. In two of the Montana attacks, hunters acted as a team to survive the attacks. There’s safety in numbers, and a group naturally makes more noise (even when trying to move quietly). A group also produces more scent, which may signal to the bear that it’s time to move out before he or she ever sees or hears your group.

How to Survive A Grizzly Attack

I know this is easier said than done when hundreds of pounds of furry death are charging at you at a shocking rate of speed, but try not to panic. If you panic and run, you’re not going to win that foot race, and you’ll only stimulate a “cat and mouse” predator response. A panicked person is also less likely to deploy bear spray with speed and accuracy.

Step 1: Get your bear spray out and pull out the safety pin. Be ready for the bear to run at you, but don’t get ready to run away yourself. Put up a brave front. Stand your ground or back away slowly. Talk to the bear with authority, telling it to “go away” or whatever you like. If the bear growls or makes a woofing or huffing sound, get louder yourself and wave your arms. Many bear charges are done in an exploratory way. It’s often a bluff to see if you are going to run (like prey) or attack them (like a threat).

Step 2: If the bear charges, spray their face with bear spray when they are less than 20 yards away. Don’t unload the whole canister. Save some for follow up shots. Stay alert to wind direction if possible since you don’t want the spray to come back on you.

Step 3: If you’re out of bear spray and the bear keeps coming, play dead. Leave your backpack on (if you have one) to protect your back and spine. Lay face down, with your hands behind your head to protect your skull and neck. Hopefully, the grizzly will only swat you around a little and leave. Wait for the grizzly to leave before getting up and seeking help. They may attack again, if you get up too soon.

Step 4: If playing dead didn’t work and the attack intensifies, fight for your life. Do this only as a last resort as fighting during an attack will often make things worse. Pull out your knife and stab the eyes, face, nose, and mouth of the bear. Again, the chances of things getting this far are very remote, so do what you can to keep things from going this wrong.