Wolf Attack on Teenager in Minnesota is Under Investigation

Minnesota is home to more wolves than any other state in the Lower 48 and there has never been a... 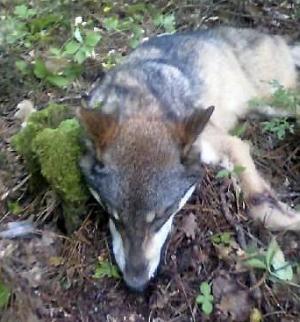 Minnesota is home to more wolves than any other state in the Lower 48 and there has never been a documented wolf attack there. However, that is about to change.

Wildlife officials are investigating a reported wolf attack on a 16-year-old boy who was camping over the weekend in the Chippewa National Forest, according to the Pioneer Press. If the incident is confirmed by wildlife experts, it would be the first ever documented wolf attack in the Lower 48. There is only one case of a fatal wolf attack in Alaska and another in Canada.

On the evening of Aug. 23, campers said a wolf tore through a U.S. Forest Service campground, ripping into two tents and popping an air mattress. The 16-year-old boy (whose name has not been released) was sleeping outside of a tent when the wolf snuck up on him and bit him in the head. The boy kicked the wolf off of him, but not before he suffered puncture wounds to his head and face. He was treated for nonlife-threatening injuries at a hospital in Bemidji, Minn., according to the Pioneer Press.

Wildlife officials attempted to capture the wolf Friday night, and a quarter mile away from the campsite, a DNR officer was approached by a wolf. The officer shot at the wolf but missed. Finally, U.S. Department of Agriculture trappers caught and killed a wolf on Sunday night that they believe was the culprit behind the attack.

The 75-pound wolf has been sent to the University of Minnesota so researchers can take DNA samples and test it for rabies.

Tom Provost, regional manager for enforcement for the state Department of Natural Resources in Grand Rapids, described the reported wolf attack as a “freak deal” and “incredibly abnormal behavior.”