Two hikers had to fend off a grizzly attack north of Yellowstone Park, escaping with minor injuries 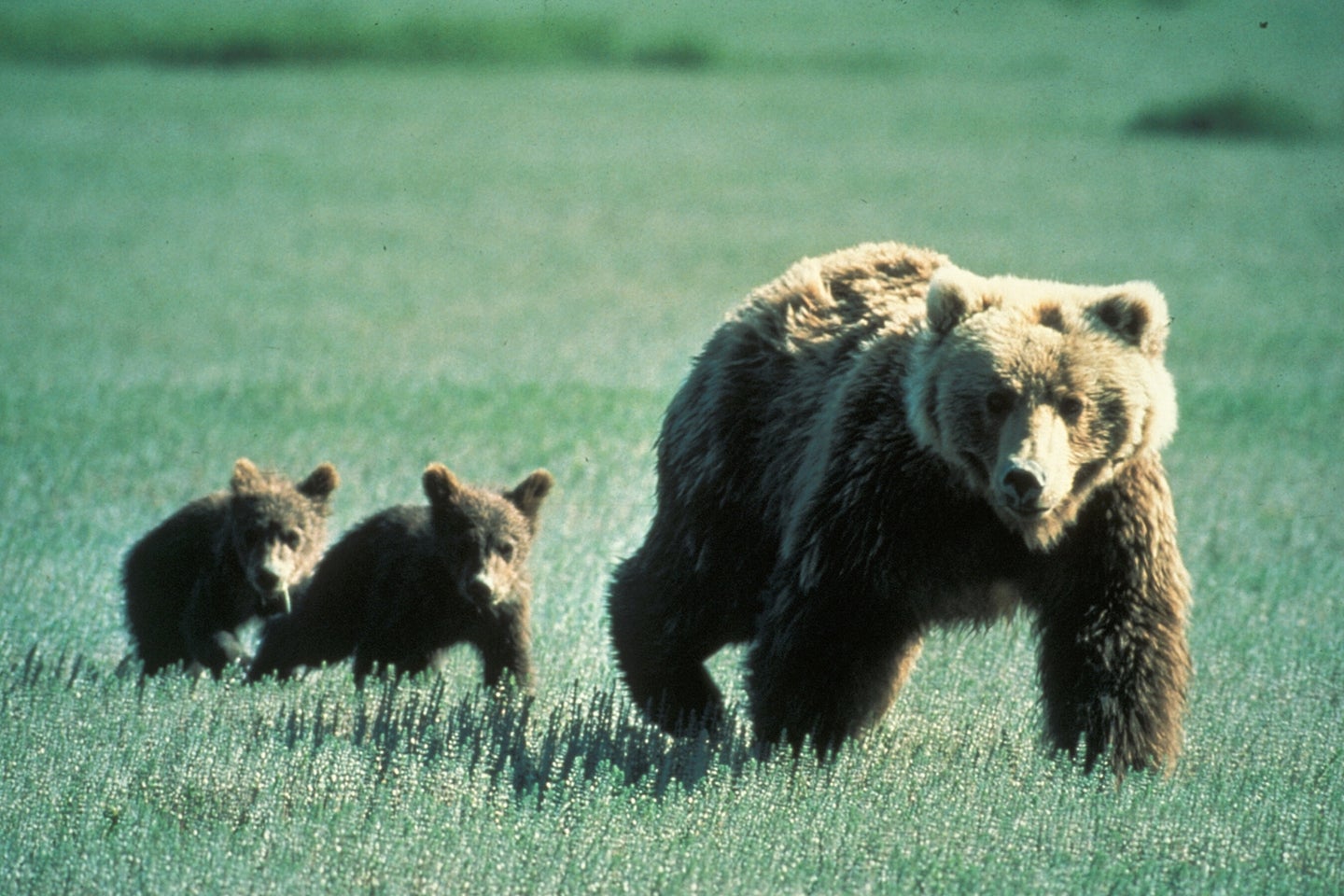 A sow grizzly with cubs in tow attacked a pair of hikers in Montana. National Park Service
SHARE

A sow grizzly bear attacked a pair of hikers and their dog Aug. 10, at 8:30 p.m. in the Bear Creek area of southwest Montana. The attack took place near the town of Ennis and north of Yellowstone National Park, reports the Montana Department of Fish, Wildlife and Parks and NBC Montana.

The two male hikers encountered a sow grizzly bear with cubs. Sows with cubs can be very defensive in close encounters with people, especially when accompanied by dogs.

The hikers used bear spray to defend themselves, receiving only minor injuries from the bear and were able to hike out of the area.

Bear Creek is in the Madison Mountain Range, a feeder stream of the storied Madison River. The region is a popular hunting area for deer and elk, and in recent years has become seen an increase in both grizzly and black bear populations.

Montana wildlife officials said the attack was likely defensive. Trails in the area have been marked with signs informing visitors of the incident.

This region of Montana sees a large visitor population in summer and autumn, and in recent years has drawn many new residents who have come for the beauty of Big Sky country and its many outdoor pursuits.

“There have been more bear sightings and attacks in the last few months than ever before,” said a 25-year Ennis resident, who asked to remain anonymous. “Grizzlies have been spotted up Jack Creek and Mill Creek [near Ennis, close to Bear Creek]. And now near Norris [southwest of Bozeman].

“Grizzlies with cubs also have been seen in the area between Ennis and Virginia City.”

Black bears with cubs are spotted regularly between the towns of Cameron (near Black Creek) and Ennis, according to the source.

“I won’t walk my dog at the Ennis campground without carrying bear spray. People say the abundance of bears is due to them escaping forest fires to the east of us. There have been instances of bears walking down Ennis’ Main Street for a long time. Two [black bears] I’ve personally seen in broad daylight.

“Between the population boom, and now bears, it’s not safe anywhere around here without having protection.

“I see bear and wolf prints along the Madison River. I wouldn’t tent camp anywhere in this [Madison] valley. I have floodlights in my backyard to check the area before I let my dog out at night. I keep a loaded rifle by my backdoor.”