Richard N. Cabela, co-founder of the hunting, fishing, and outdoor retailer goliath, Cabela’s, died Monday at his home in Sidney,... 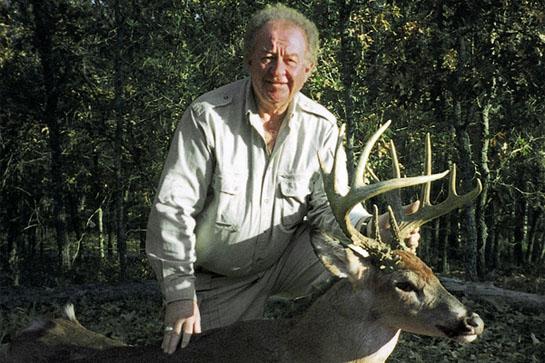 Richard N. Cabela, co-founder of the hunting, fishing, and outdoor retailer goliath, Cabela’s, died Monday at his home in Sidney, Nebraska. He was 77. A true entrepreneurial American success story, Dick, as he was best known, was cared for in his final hours by his wife Mary–his longtime partner in life, business, and the field.

Born in Chappell, Nebraska, in 1936, Dick was known as a rambunctious boy who spent as much time as possible outdoors. But as young child, he was stricken with polio. Doctors told his parents that Dick might never walk again, which the couple and their young son took as a challenge more than a final diagnosis. With determination and some tough love from his parents, Dick was soon walking without assistance or the aid of braces. Throughout his life, he rarely spoke of his bout with the deadly disease, but surely it helped form the gritty work ethic Dick would become known for.

Humble Beginnings
In 1961, Dick and his father traveled to Chicago to stock the warehouse of their small furniture store. Dick found a small vendor at the Navy Pier Housewares Show peddling Japanese fishing equipment, including hand-tied fishing flies. An avid fly-fisherman, and a savvy businessman, Dick haggled a deal for 2,880 assorted flies for a reported $45. Certainly Dick had plans to field-test some of these flies, but he also returned home with the idea of selling them at his father’s store. As it turned out, customers of Cabela’s Furniture (which is still in business today) were more interested in housewares than fishing tackle, so Dick turned to other outlets in the hopes of at least recouping his initial investment.

Eventually, Dick took out an ad in the back of Sports Afield magazine. He offered five of the hand-tied flies for free, provided the customer sent along a quarter for shipping and handling. America’s outdoorsmen jumped on the deal and Dick, along with his wife Mary and his soon-recruited younger brother, Jim Cabela (who still serves on the company’s board of directors), spent long hours processing those orders and the many that followed.

As shrewd a dealmaker as Dick could be, his overriding business philosophy was that customers deserved “a fair shake.” It was this thinking, backed by an at-the-time unheard-of 100 percent satisfaction guarantee, that created a loyal following of customers who would take the company from Dick and Mary’s kitchen table in 1961 to the $3.6 billion retailer it is today.

A humble man, Dick never took credit for creating what Cabela’s has become. Instead, at annual meetings with Cabela’s employees and in public interviews, Dick and Mary were quick to lay the success on the shoulders of their employees. Of all the awards he garnered over the years, Dick was most proud of when Cabela’s employees voted the company among Fortune magazine’s Top 100 Places to Work in 2000.

Loyal to his small-town Nebraska beginnings, Dick always insisted Cabela’s never move from Sidney, where it had set up shop in 1969 and remains headquartered today.

International Hunter
Dick was an avid reader and a compelling storyteller. When pressed, he would recount his hunting and fishing adventures to his children (he and Mary had nine of them) and a menagerie of neighborhood kids who were always hanging around the house.

An ardent conservationist and vocal proponent of the outdoors, Dick was never shy about his passion for hunting and fishing. In even the most elite social circles he would wear his tailored camouflage tuxedo or, at the very least, a camouflage tie. His son David likes to tell the story of the time his father, dressed in that famous tuxedo, was stopped on the streets of Reno, Nevada, and asked: “Who do you think you are, Dick Cabela?” To which he replied in the affirmative and produced his driver’s license as proof.

It was that passion for the outdoors that drove him to travel the world hunting and fishing, always with his wife Mary close by his side. Together, they hunted six continents but loved Africa the most and returned there as often as possible. Safari Club International recognized Dick’s hunting achievements, as well as his dedication to preserving the hunting heritage, in 2001 with the prestigious C.J. McElroy Award. In 2007, Outdoor Life placed Dick and his brother Jim among the Top 25 most influential people in hunting and fishing.

Growing up in Sidney, I was lucky enough to spend some time around the Cabela family, and later I worked at the company they built. Dick and Mary were hard-working, friendly people and I have many great memories of them and their hospitality. The company Dick Cabela started, along with his adventures and travels, inspired me as a young man. Though Dick will be greatly missed by many, the legacy he leaves will continue to inspire me, as well as generations of outdoorsmen and women, for years to come.