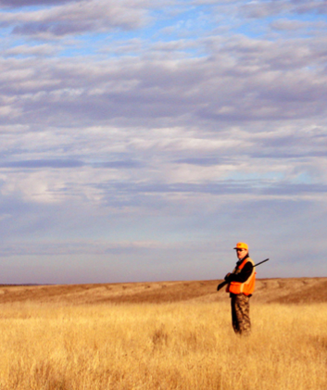 As expected, the Senate endorsed the $1 trillion Farm Bill in a 68-32 vote on Feb. 4 less than a week after it was approved by the House of Representatives in 251-166 tally. President Barak Obama is to sign the 1,100-plus page omnibus package at Michigan State University today.

According to Brad Plumer at The Washington Post, a simple breakdown of the 2014 Farm Bill looks like this:
• Food stamps and nutrition: $756 billion
• Crop insurance: $89.8 billion
• Conservation: $56 billion
• Commodity programs: $44.4 billion
• Everything else: $8.2 billion

MORE MONEY FOR CONSERVATION THAN COMMODITIES
The bill consolidates 23 conservation programs into 13, and trims $6 billion over a 10-year span in conservation-related spending compared to the 2008 bill, and includes a controversial $35 million, five-year expenditure — $7 million a year — to vaccinate wildlife, primarily elk and bison to address bovine brucellosis and bovine tuberculosis and “other zoonotic disease” in the Greater Yellowstone Area.

Despite this, for the first time since the original omnibus farm bill was adopted in 1933, funding devoted to conservation ($56 billion) in the 2014 Farm Bill exceeds expenditures earmarked for commodity subsidies ($44.4 billion).

The bill was widely lauded by many conservation groups and sportsmen.

The bill’s Conservation chapter, Title II, in Section 2503 authorizes $40 million in grants to states to continue to encourage private landowners to allow public access to their land for recreational uses, including hunting and fishing. The Voluntary Public Access and Habitat Incentives Program, referred to as Open Fields, receives $40 million in mandatory funding in the bill through 2018 — a $10 million annual decrease from the 2008 Farm Bill. Before the 2008 Farm Bill expired in 2012, essentially defunding Open Fields for two years, the program helped open about 3 million acres of private land to hunting, especially in Montana (through the Block Management Program) and North Dakota (through the PLOTS Program).

The new ‘Sodsaver’ measure eliminates subsidies to farmers who plow previously un-plowed land in an effort to preserve natural ground for the first few years in areas where land is newly converted to cropland. The measure discourages farmers from tilling native grasslands, critical for ducks, pheasants and other grassland nesting birds. The program will be particularly critical in Iowa, Minnesota, Montana, Nebraska, North Dakota and South Dakota — important duck production states — to conserve cover for grassland-nesting waterfowl by reducing the incentive to break native prairie.

“This will decrease crop insurance support for the first four years after native grassland is broken in South Dakota and other states, encouraging farmers to treat these important grasslands differently than traditional cropland,” Rep. Kristi Noem (R-SD) said in a Feb. 4 statement.

“Our nation is currently experiencing a rate of wetland and native prairie loss not seen since the Dust Bowl,” Ducks Unlimited CEO Dale Hall said in a Jan. 28 statement. “The proactive conservation programs included in the 2014 Farm Bill will help deter wetland drainage and incentivize the conservation of these valuable lands while keeping working farmers and ranchers on their land.”

Glenn Hockett of the Gallatin Wildlife Association in a Jan. 21 column published in The Missoulian writes that “a colossal amount” of that $7 million a year will “likely be used to target wildlife in the Greater Yellowstone Ecosystem (GYE) where brucellosis has infected elk and bison for nearly 100 years.”

Hockett writes that the “Zoonotic Disease Initiative” could lead to the slaughter of elk herds infected with brucellosis to appease the livestock industry, which “has dreamed of eradicating brucellosis in the GYE for decades. They have killed thousands of bison and hundreds of elk but have had no effect on the disease.”

“In the past, both in Montana and Wyoming there have been proposals (to slaughter elk) — and even the actual slaughter of elk in Wyoming — because they might have had a brucellosis infection,” writes Ralph Maughan in The Wildlife News on Jan. 27. “There truly are wildlife disease problems in the Greater Yellowstone, but the most pressing is not the 100-year-old infection of elk and bison with brucellosis transferred from long-ago cattle. The real problems are the terrifying menace of chronic wasting disease to elk, deer, moose, and bison and Johne’s disease in bison. Where is the money to stop these while they are still outside Yellowstone Park and the Wilderness areas?”

The Rocky Mountain Elk Foundation, however, said the $35 million will help prevent Montana livestock and wildlife from being infected by the disease by limiting their exposure as much as possible.

“There’s going to be intermingling and intermixing,” RMEF’s Mark Holyoak told The Missoulian. “The goal is that when that does happen, to keep them away at specific times of the year when brucellosis can be transmitted.”

— War on Wildlife Moves to the Federal “Farm Bill”

— Senate Buys The Farm Bill
— Bullet Points: A Look Inside the 2014 Farm Bill