Trophy Hunting and Conservation in 2016: Recent Threats and What We Can Do About Them

Trophy hunting. It’s a loaded term, defined in many different ways and often misunderstood. But one thing is certain. Trophy... 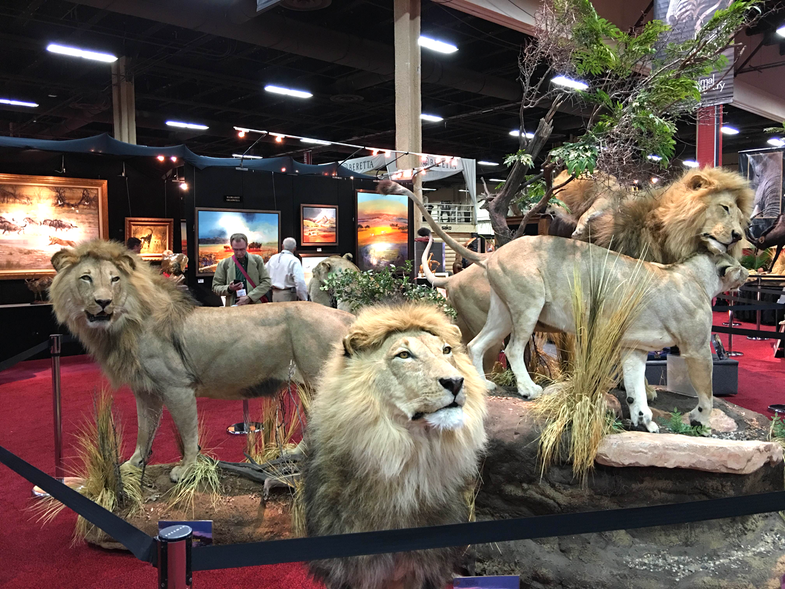 Trophy hunting. It’s a loaded term, defined in many different ways and often misunderstood. But one thing is certain. Trophy hunting, or at least the idea of it, will in one way or another impact us all in 2016 and the years to come.

Last spring, a Responsive Management survey found that approximately 77 percent of the general public in the US was in support of hunting. But on the other hand, when it came to “trophy hunting” approximately 28 percent of Americans were supportive—that’s a drop of 49 percentage points. Fast forward to July of 2015 and things got even more grim. You likely remember a certain lion known as Cecil?

With the help of Walt Palmer and Cecil the Lion, and by way of massive media coverage and a good dose of misinformation, “Cecil-gate” took the world by storm and became a referendum on trophy hunting and trophy hunters. And what we found was that stories like this can stoke wild emotional fires that have very real ramifications for hunters. Anti-hunters will always hate what we do, but what was most concerning about the Cecil incident was how quickly the story influenced your average American who typically would fall into that 77 percent group that generally supports hunting. We saw it on our Facebook and Twitter feeds, on the Discovery Channel and CNN, and in conversations between friends and family. By way of this incident, “trophy hunting” (or some warped view of it) had been presented front and center to the people of this country and it was almost universally condemned. Now, in 2016, we’re beginning to see the ramifications—for big-game African hunters, Midwest deer hunters and everyone in between.

These post-Cecil impacts, as you might expect, are being felt most noticeably in the African hunting community. Earlier this month, while at the 2016 Safari Club International convention, I heard from numerous hunters, guides and lodge-owners who are very concerned about the rapidly declining support for African hunting from outside countries and the impacts that might have. New importation laws from countries like the US are making it more difficult than ever for hunters to bring back horns, skins or other “trophies” from their hunts and a massive wave of new airline bans have almost eliminated the means for hunters to get those trophies home at all. If this trend continues, many in Africa are concerned it might dramatically reduce the inflow of hunters to popular hunting/wildlife regions, which in turn would significantly impact conservation and anti-poaching funding. Just about everyone I talked to at the SCI convention agreed on one thing; if hunters stop coming to Africa, the impacts to wildlife populations would be catastrophic.

The effects of Cecil-gate and the anti-trophy hunting movement are being felt closer to home as well. For example, hoping to take advantage of last year’s lion-induced momentum, the Humane Society recently released a US mountain lion focused propaganda report that has been picked up by many mainstream news outlets. A spokeswoman for the organization explained, “Cecil deserved better, and so do America’s lions and thousands of other native carnivores killed every year for no other reason but to be stuffed and displayed on a wall or collect dust on a shelf.” And while anti-hunting sentiments and hunter harassment are nothing new, it seems now to be popping up more than ever – especially impacting women and children. This potential shift in public sentiment is even starting to impact deer management decisions, as more cities across the country debate the use of hunting as a management tool for over-populated urban deer herds. Increasingly, emotional propaganda similar to that used last summer during Cecil-gate is now being used to eliminate hunting as an option.

So what can we hunters do about this rising tide against trophy hunting? Most I’ve spoken to believe our best move is to step up our fight to win the communication battle and correct misconceptions.

“There is a worldwide movement coalescing against trophy hunting, and it is the most intense antagonism towards hunting that the world has ever seen,” explained noted hunter-conservationist Shane Mahoney. “And much of it is based on misunderstandings about trophy hunting.” To combat this movement, Mahoney recommends that hunters be more diligent about telling our story—explaining that trophy hunting isn’t just about a head or a pelt or a set of antlers, but also about the meat, and the experience, and the pursuit. Or better yet, eliminate the term “trophy” all together. “I have for many years argued and advised hunters to eliminate all adjectives,” explained Mahoney. “No trophy hunting, no meat hunting, no sport hunting. Let’s simply call it what it is. Hunting.”

There also seems to be a greater need than ever for the general public to be educated about how hunting and conservation are intertwined. During a panel discussion at the 2016 SCI convention, Ivan Carter – an African hunting guide and TV host – described the Cecil incident as “the twin towers of the hunting world,” and emphasized the importance now of helping non-hunters understand the extent of our work as conservationists. “We’re too busy showing everyone what great hunters we are, and we’re not doing enough to show what kind of conservationists we are,” said Carter. “We have to change the perception that we are just trophy killers and we’ve got to focus on the fact that we’re conservationists, and we do that by having and sharing the right information and research, and taking the time to post properly on social media.”

As Ivan noted above, as important as it is to refine how we speak about trophy hunting and conservation, it’s equally critical to show care in how we visually present hunting and the results of our hunts through social media. Melissa Bachman, a popular TV show host and hunter, explained during the aforementioned panel discussion that every hunter needs to be especially careful about the types of photos they’re posting. “It’s incredibly important,” said Bachmann, “that you show respect at all times in your photos, comments and captions – because once you put it out there, you cannot take it back.” The photos we post, whether we intend them to or not, can reflect back on all hunters. Melissa, Ivan and others recommend hunters share more about their hunts than just pictures of dead animals, for example, an explanation of how the meat will be used, what went into the hunt, or other stories and photos of your experiences enjoying nature.

Whether you consider yourself a trophy hunter or not, the controversy surrounding trophy hunting and the lessons to be learned from it will surely have an impact on you sooner or later. For too long we’ve let anti-hunters and the non-hunting media tell our story—and they’ve failed miserably. So in 2016, let’s take back the story and tell it how it is.