If you haven’t, you should. Whether by road trip or air travel, the places you visit, and people you meet, … Continued 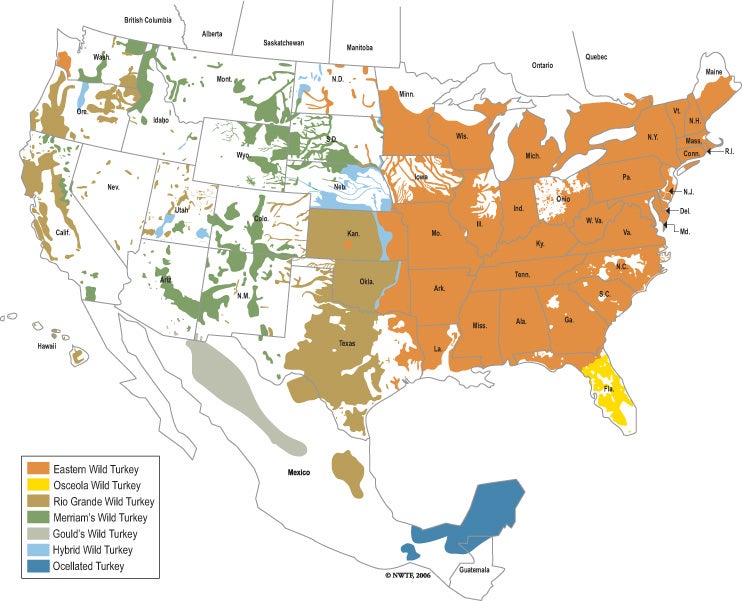 If you haven’t, you should. Whether by road trip or air travel, the places you visit, and people you meet, add to the quest.

In my case, living in the Northeast (Pennsylvania born and raised; New England home based), more Easterns have come to the calls over my turkey hunting years (I’ve hunted a dozen-plus Eastern states; often repeatedly; some for decades). Texas Rios have also been on my radar for a long, long time; California more recently. Merriam’s (Wyoming; South Dakota), and Osceolas (Florida, our only option) have filled my turkey vest too, as they have for some of you.

Some guys do their Slams in a lifetime; some in a season; in the case of Eddie Salter, he did it on four back-to-back days this spring.

You heard right. As a member of the so-called Team Realtree APG, Salter–a Hunter’s Specialties national pro staffer–took his Osceola (April 11), an Eastern (April 12), a Rio (April 13), and the closer, his Merriam’s (April 14). Of course he’d killed all of them before as a veteran of the turkey woods–but never on four consecutive days. Many Chevy truck road miles, and Waffle House meals made it possible, with guys swapping driver’s seats while the other rested up.

No slouch, Team Realtree AP put four longbeards on the board as well, with an Osceola (April 10), Merriam’s (April 12), Rio (April 14), and Eastern (April 15). Check out the results of this cool hunt on: www.beardsorbust.com/

How did you Strut Zoners put your personal Slam together? Any plans to do that this season or the next? Want motivation? The NWTF’s subspecies range map provided here should help.