Just this morning in Maine I watched two big hens slowly walk down a pasture path, calculated in their every... 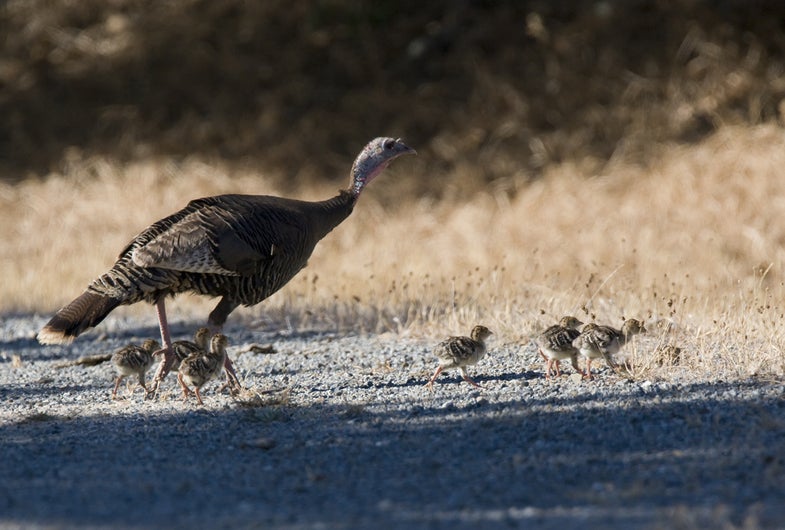 Just this morning in Maine I watched two big hens slowly walk down a pasture path, calculated in their every move, silhouetted in the golden morning light. At their feet, poults scurried about in a feeding frenzy. The sighting answered at least one question.

While I’d successfully found a longbeard and two hens a short truck drive from there before spring turkey season, and even killed that gobbler on the opener, some other toms I’d scouted turned up missing just before game time the way these nomadic birds often do. My guess? At least one of them bred either one or both of these hens on the other side of the road; on a small farm I don’t hunt.

It’s just an educated guess, part of my post-game and pre-game process every year. As soon as spring turkey season ends, scouting for fall begins. The cool thing about my opening day longbeard? One of the hens is sitting (the younger one). Biology tells us young hens don’t always nest their first year, but this one is. On average, studies show jennies (as some call them) begin nesting later in the spring season than adult hens (if at all). If unsuccessful, they finish re-nesting attempts sooner.

As for the adult hen I’d found with the Maine gobbler I later called in and shot, she’s also got a bunch of poults following her every move. You gotta love that. What are you guys seeing out there? Here in New England I can’t recall ever finding so many hens with poults so early. I call that a good thing.