Do You Really Need a Generator?

I love my generator, don’t get me wrong. But with the feature of electrical power on demand, comes some obvious... 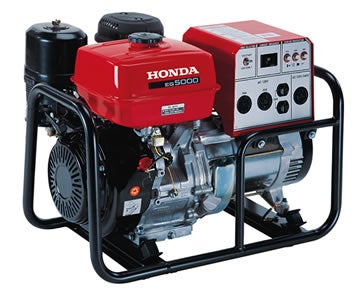 I love my generator, don’t get me wrong. But with the feature of electrical power on demand, comes some obvious and not so obvious problems. There can be many important reasons someone would need electricity if the power went out. The fridge and freezer are common excuses for everyone. We’ll also want some lighting, and a TV, just for news of course.

Those of us who live out in the country and have an electric well pump deep in the bowels of the earth will need power to get their water. There are actually dozens of legitimate power uses in an emergency. But while we are thinking about the reasons to require power, we might realize that there are some problems with having a generator.

A big problem with generators is fuel. You would need to have enough fuel (safely stored) to last through the worst emergency that you felt was likely to befall you. Another problem is mechanical failure. If you only use the generator once in a while, it can be very prone to breakdown or at least very tough starts. The carbon monoxide the machine is putting out can be a hazard, so keep your generator outside and away from open windows. Also, did you know that generators can catch on fire? I had one light up on the porch of my house once. I have never picked up something so big, and thrown it so far, in my life. A burning piece of machinery can really crank your adrenaline.

But these are not the only problems I see in having a generator. In the quiet aftermath of a power outage, the sound and exhaust from the average generator declares to the neighborhood, “I am here! And I was prepared for this!”

In any neighborhood, how long do you think it will take for your neighbors to come around asking for stuff, like extension cords and free power?

What’s your cut-off point? When do you start saying no? What would probably happen then? And in rougher neighborhoods, how long do you think you can keep that generator? Your neighbors might be thinking “If that guy has a generator, what else has he got that I want?”

You probably didn’t count on your generator starting a brawl, did you? Imagine all the local oddballs, desperate for power, fighting over your generator.

Are you scared now that your good idea took a bad turn? Excellent. A little fear is a good thing. So here’s the middle ground where you have power, without broadcasting it to the whole world. Invest in a quiet generator. Yes, there are quiet ones. Honda makes a very impressive gas-thrifty generator that will keep your fridge and freezer running until you run out of gas. A TV crew used Honda’s EU2000i generator on a shoot I was invloved in recently, and you could barely hear the thing from a few yards away.

This engine pumps out 2000 watts at 120V, it is super quiet, it weighs less than 50 pounds and burns up to 9.6 hours on just 1 gallon of gas. And it only hurts you when you are paying for it.