The same earth that supports us can also lay our town to waste, shaking down buildings and swallowing homes. Earthquakes... 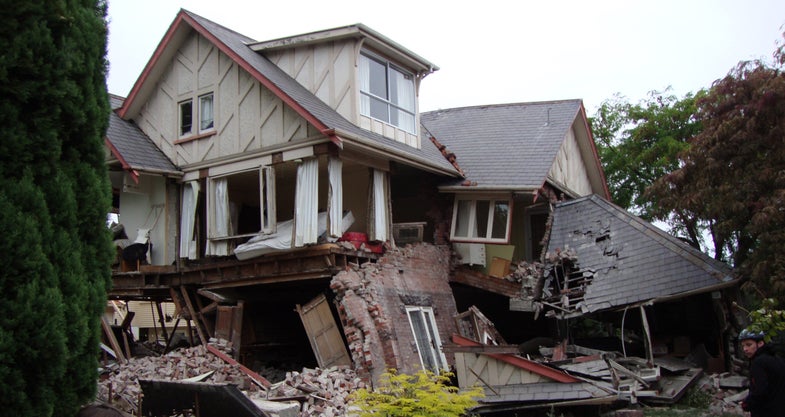 The same earth that supports us can also lay our town to waste, shaking down buildings and swallowing homes. Earthquakes can happen anywhere and anytime, and they can happen without warning. Being mentally prepared for this calamity will play a major role in your survival during a quake. Here are six ways you can live through the next one.

1. Take Cover
Assess every room you spend time in and pick the spot that’s likely to be safest in a quake. For instance, if your office has a very sturdy desk, you might want to follow the classic “duck, cover, and hold” advice by diving under the desk and holding on to its legs. Stay there until the shaking stops. Don’t take shelter under flimsy desks and tables. The ceiling could collapse on them, turning the “shelter” into a human deadfall trap.

2. Flee from Windows
Windows may seem like a way out of danger, especially since you can see through it, but just imagine the damage that big broken pieces of glass will do to the human body. Glass moves and breaks in strange patterns during earthquakes, and these broken pieces can be deadly if they fall on you—or you fall onto them.

3. Do Geometry
Nothing sturdy enough to protect you from falling rubble (which could include fragments of the ceiling)? Use the “triangle of life” tactic and crouch beside a large, stable piece of furniture that could deflect debris. Or cover your face and head, and stoop in an inside corner of the building that’s away from possible falling objects.

4. Don’t Hide Under the Bed
The small space underneath a bed will be made even smaller if the ceiling collapses on it. If you are in bed during the night and an earthquake occurs, simply roll off the bed and stay near the edge. The bed will hold up some of the debris, creating a safe void around the perimeter of the bed. Never get under it, and teach your children never to crawl under the bed in an earthquake.

5. Steer Clear of Stairs
The average stairway is a deathtrap in an earthquake. The treads can cut a person into pieces if the building collapses on top of them. Don’t be on the stairs, or under them in a quake.

6. Get to an Opening
If you’re outside when a quake hits, head to an open space that’s away from structures, streetlights, and overhead wires. The area of highest risk is directly outside buildings.

Would you be ready if a quake hit your area this spring? Tell us what you’d do by leaving a comment.