Since signaling for help is your ticket to getting home, it makes sense that your signaling gear should work to... 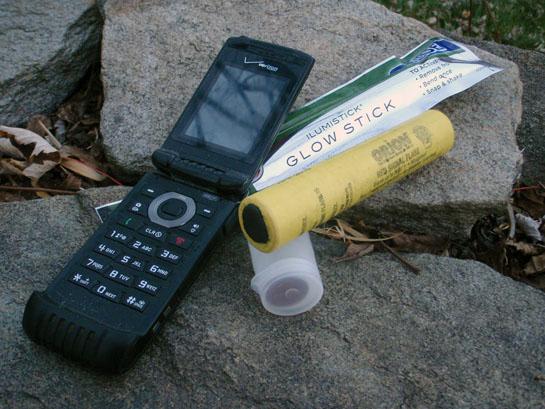 Since signaling for help is your ticket to getting home, it makes sense that your signaling gear should work to its fullest potential. Just a few little tweaks can get your gear working harder and signaling farther. Here are three handy options for common signal equipment. Let’s just hope we never need them.

Chem Light
Chem lights (also known as glow sticks) represent a safe, non-toxic, flame-free light source, which can be very useful in a variety of emergency scenarios. But these lights aren’t very big, and their brightness doesn’t last very long. The clever use of an optical illusion, however, can make the light appear much bigger and more visible from a great distance.

To make this trick work, you’ll need a four-foot length of cord — either 550 paracord or even a boot lace or two tied together. Tie one end of the cord to the lanyard hole in the light stick and hold the other end of the string. Now spin the dangling light as quickly as you can; the resulting blur will appear as a large glowing ring. Swing the light in front of you to signal for rescue on the ground, or swing it over your head to signal an aircraft. This is an easy way to turn an 8-inch glow stick into an 8-foot-wide ring of light.

Flare
A flare can provide a reasonably bright light for signaling, and it also makes a great back-up fire starter. To give your flare some more reach, though, duct tape it to a pole or branch so you can wave it around in the air. Duct tape only the end of the flare, as this will give you a longer burn time before the flame reaches the tape. Just make sure you don’t wave the flare directly overhead, in case it comes loose unexpectedly.

Phone
Can’t get enough phone signal to call for help? Try texting. Distant cell towers may not be able to connect a phone call, but the small amount of data going out in a text might just make it.

Ever had to signal for help? Tell us about your souped-up signaling tricks in the comments.