After a months-long investigation, eight individuals have been charged with violations related to poaching at least 27 bucks 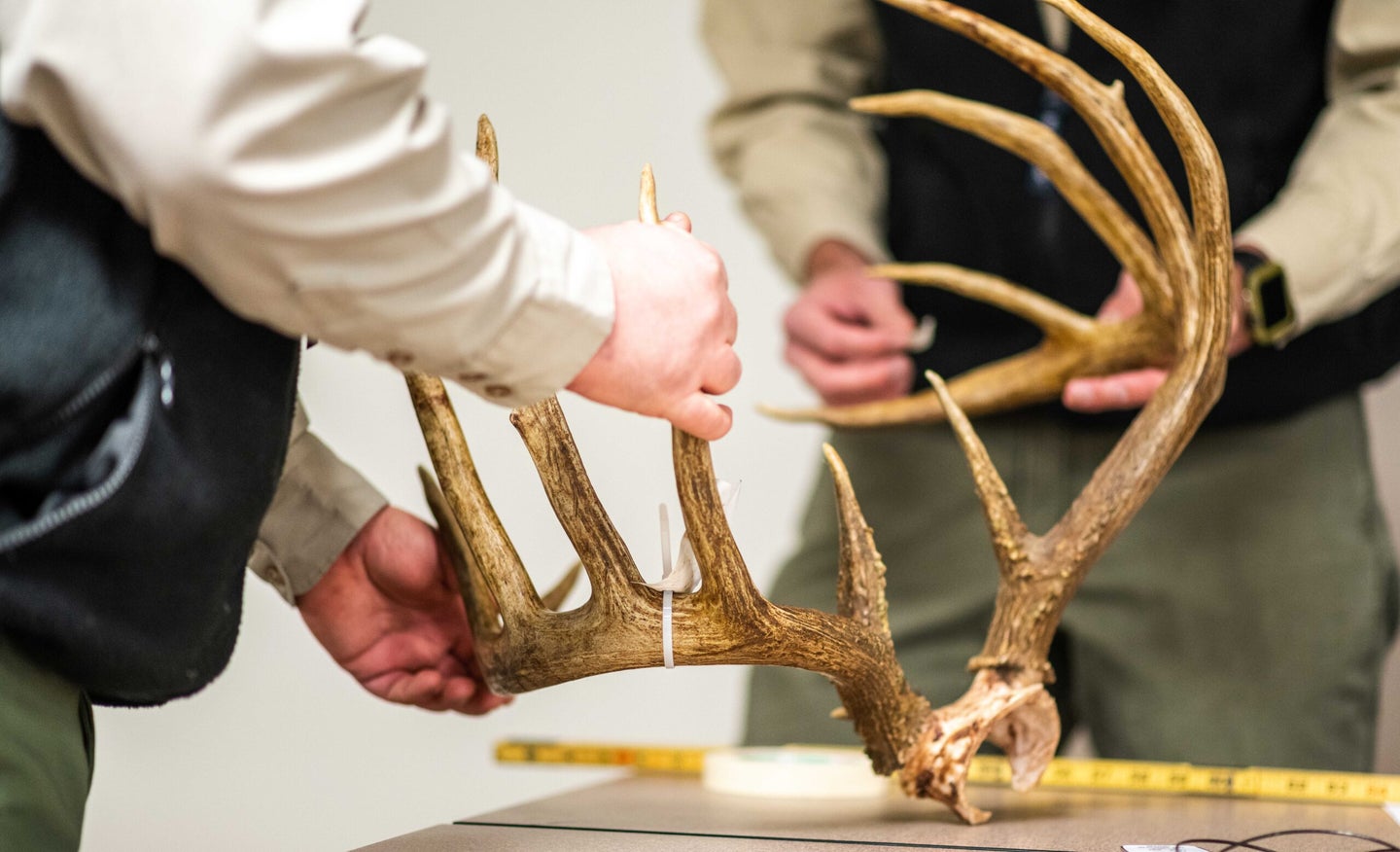 Of the 27 antlered deer that have so far been tied to the Mineral County poaching bust, at least a dozen had an inside spread of 14 inches. That translates to a minimum trophy replacement fee to the state of $2,500 per buck. West Virginia Departments of Tourism and Commerce
SHARE

Seven men and one woman have been charged with at least 223 poaching-related violations in a massive case that involved 27 whitetail bucks that were killed illegally. The investigation spans three West Virginia counties and part of Maryland, according to a press release issued via email by the West Virginia Division of Natural Resources law enforcement section.

The charges were filed against eight West Virginia residents last week in an investigation that began in September 2021. Two of those suspects include former Mineral County deputy sheriffs Tyler Biggs and Dalton Dolly, who were placed on administrative leave and have since resigned amid the investigation. A third man, Christopher Biggs, the EMS chief of Allegany County Department of Emergency Services in Maryland and Tyler Biggs’ father, have been suspended. He is the only suspect facing felony charges, reports the Cumberland Times-News.

The West Virginia Natural Resources Police received an anonymous tip on Nov. 5 that one of the suspects, Colton Broadwater of Keyser, had killed a big buck using a spotlight, reports CTN. A subsequent review of Facebook turned up a photo of Broadwater with a deer he claimed to have killed in Maryland. Maryland wildlife officials found a discrepancy with that checked-in deer.

The other suspects who have been charged include Gregory Broadwater, Ivy Rodeheaver, Robert Horner Sr., and Robert “Beau” Horner Jr., all of Mineral County, West Virginia. The investigation is currently ongoing, says the DNR, and other charges may be pending as the investigation progresses.

Editor’s note: Ivy Rodeheaver’s name has been spelled several ways in the DNR press release and other media accounts detailing this case. This is the most accurate spelling we’ve been able to confirm.