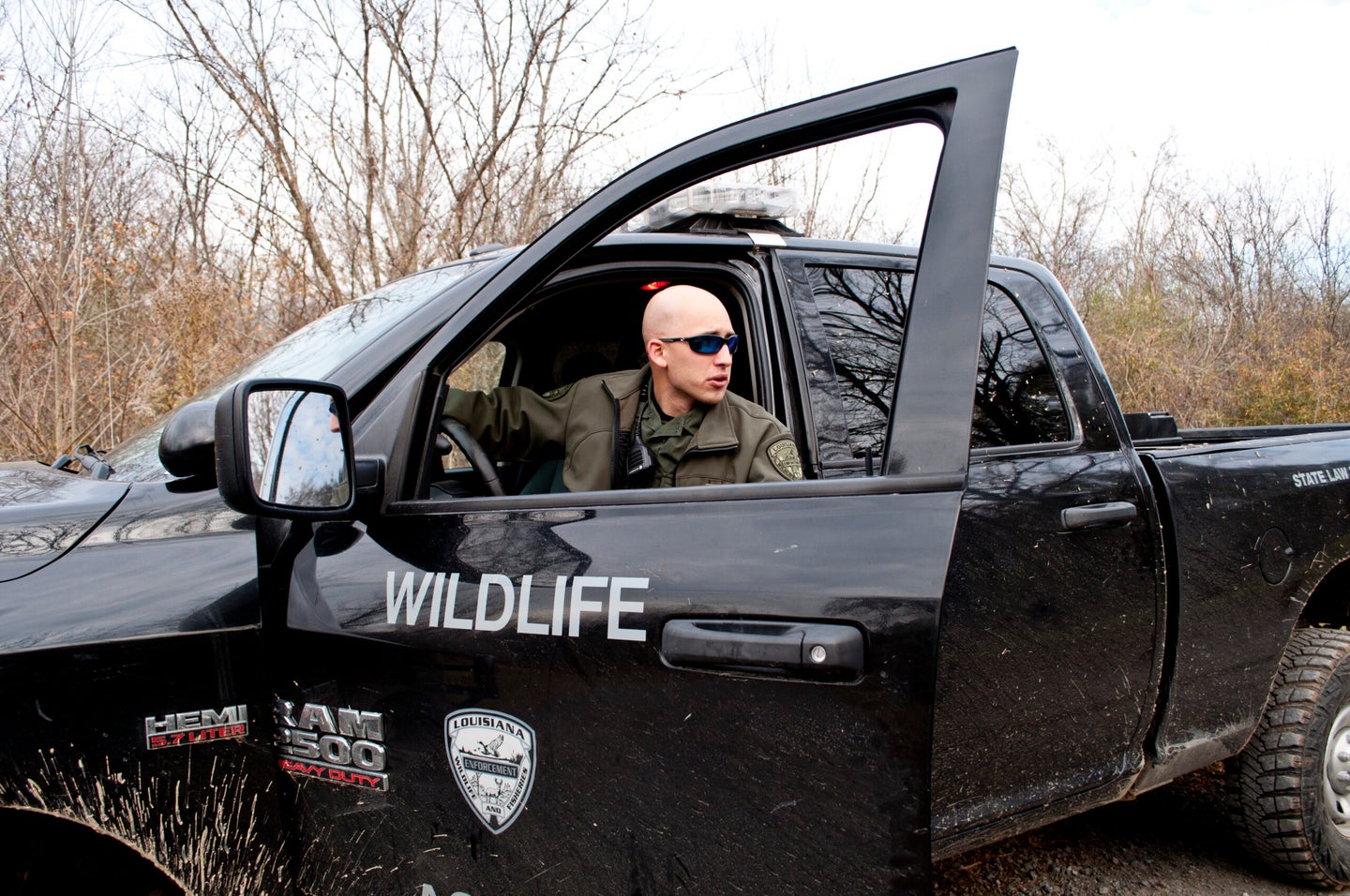 An off-duty police officer in Coushatta, Louisiana, and three other men are accused of hunting deer illegally at night from a patrol car on Dec. 5. Wildlife agents issued poaching citations to all four individuals.

According to a press release from the Louisiana Department of Wildlife and Fisheries, game wardens initially responded to the sound of gunshots on the east side of the Red River near Coushatta around 8 p.m. on Sunday. When the agents arrived in the area, they found a vehicle spotlighting deer in an open field on private property.

Upon nearing the vehicle, they realized that it was a patrol unit from the Coushatta Police Department. The agents approached the four men in the vehicle, and identified one of them as Javarrea Pouncy, 28, an officer with Coushatta P.D. who was off duty at the time. The other three individuals were identified as Cederick J. Thomas, 36, of Vivian; Anthony B. Caldwell, 31, of Coushatta; and Adam J. Caldwell, 30, of Natchitoches.

Anthony Caldwell, a convicted felon according to the release, was arrested for being in possession of a firearm and for hunting without a license. He was booked in the local jail later that night.

After searching the patrol car and questioning the four men, wildlife agents found them in possession of two antlered deer—one 8-point and one spike—along with three rifles. They determined that Anthony Caldwell harvested the eight-point while Thomas harvested the spike buck. Both deer and the rifles were seized.

In addition to these citations, the Red River Parish Sheriff’s Office has charged the four individuals with trespassing. The Sheriff’s Office will continue its investigation and may have more charges pending for Pouncy. The local police chief told Shreveport’s KSLA12 News that Pouncy has been put on leave, and that he will likely be suspended until the investigation is complete.