Wildlife officials darted one of six young wolves that were born in the state in 2021. The pack is Colorado's first known breeding population in roughly 80 years 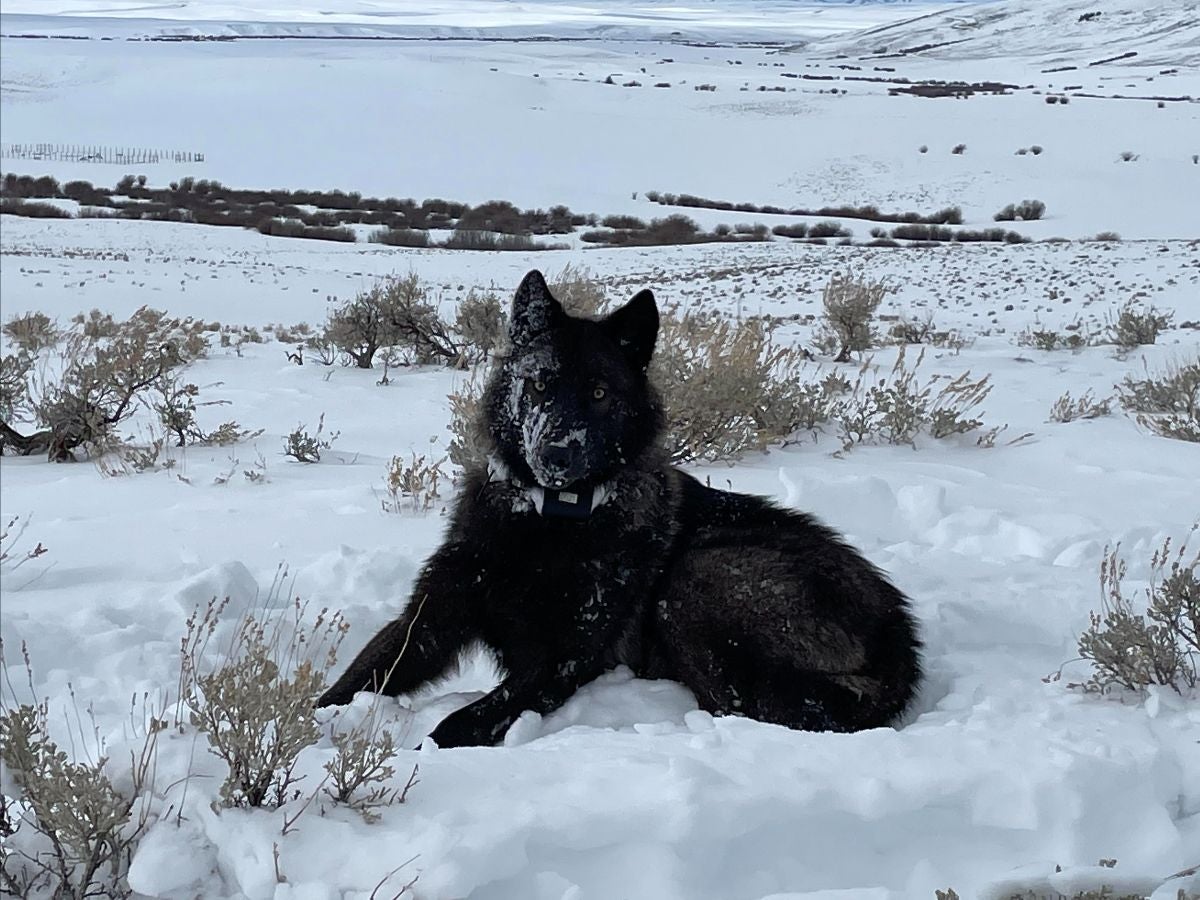 The first gray wolf born and collared in Colorado, known as 2202, was fitted with a GPS collar in North Park last week. Colorado Parks and Wildlife
SHARE

Colorado wildlife officials collared and released a wolf pup near the Wyoming state line last week, making it the first gray wolf born and collared in the state. The young female is one of six pups born in 2021 to another collared wolf that migrated from  Wyoming’s Snake River pack, according to a release from Colorado Parks and Wildlife.

When the adult female’s GPS collar stopped transmitting, officials decided to GPS collar another member of the new eight-wolf pack. CPW contracted a company to dart one of the wolves from a helicopter, allowing field staff to examine the tranquilized pup on the ground and fit her with a GPS collar. The young wolf appears to be in good health, says CPW terrestrial section manager Brian Dreher. The GPS collar will help biologists understand more about the behavior and migration patterns of the wolves. The device doesn’t provide a real-time look at their movements, but it does offer snapshots that create a broader behavioral picture, especially when paired with physical sign like scat and prints.

Like much of the American West, gray wolves historically ranged across Colorado before they were extirpated. The last known resident wolves in Colorado disappeared in the 1940s, until the most recent discovery of two separately migrating adults in 2019 and 2021. Those wolves mated and produced a litter of pups in the northern part of the state in 2021, according to CPW’s website. That litter includes the newly-collared pup. Wolves have had a growing presence in northern Colorado in recent years, with the first reports of wolf depredation of cattle occurring in past months. Most have ranged into Colorado from the Greater Yellowstone area, though there have only been 10 CPW-confirmed wolf sightings in the state since 2004. This new pack is Colorado’s first documented breeding population.

A thin majority of Coloradans voted in 2020 to reintroduce wolves to the southern Rockies, but that relocation process hasn’t begun yet. Colorado is the first state to reintroduce wolves at the will of voters instead of allowing federal wildlife biologists to work under the guidance of the Endangered Species Act, reports the Colorado Sun. Last week, a California judge ordered the restoration of federal endangered species protections for the gray wolf in the lower 48, with exceptions for Idaho, Montana, and Wyoming. In Colorado, “wolves may not be taken for any reason other than human self-defense,” according to the CPW. The penalties for taking a wolf illegally are steep, and include fines up to $100,000, a year in jail, and the lifetime loss of hunting privileges.