Despite population numbers being right where state officials say the should be, NPS worries about wolf pack behavior 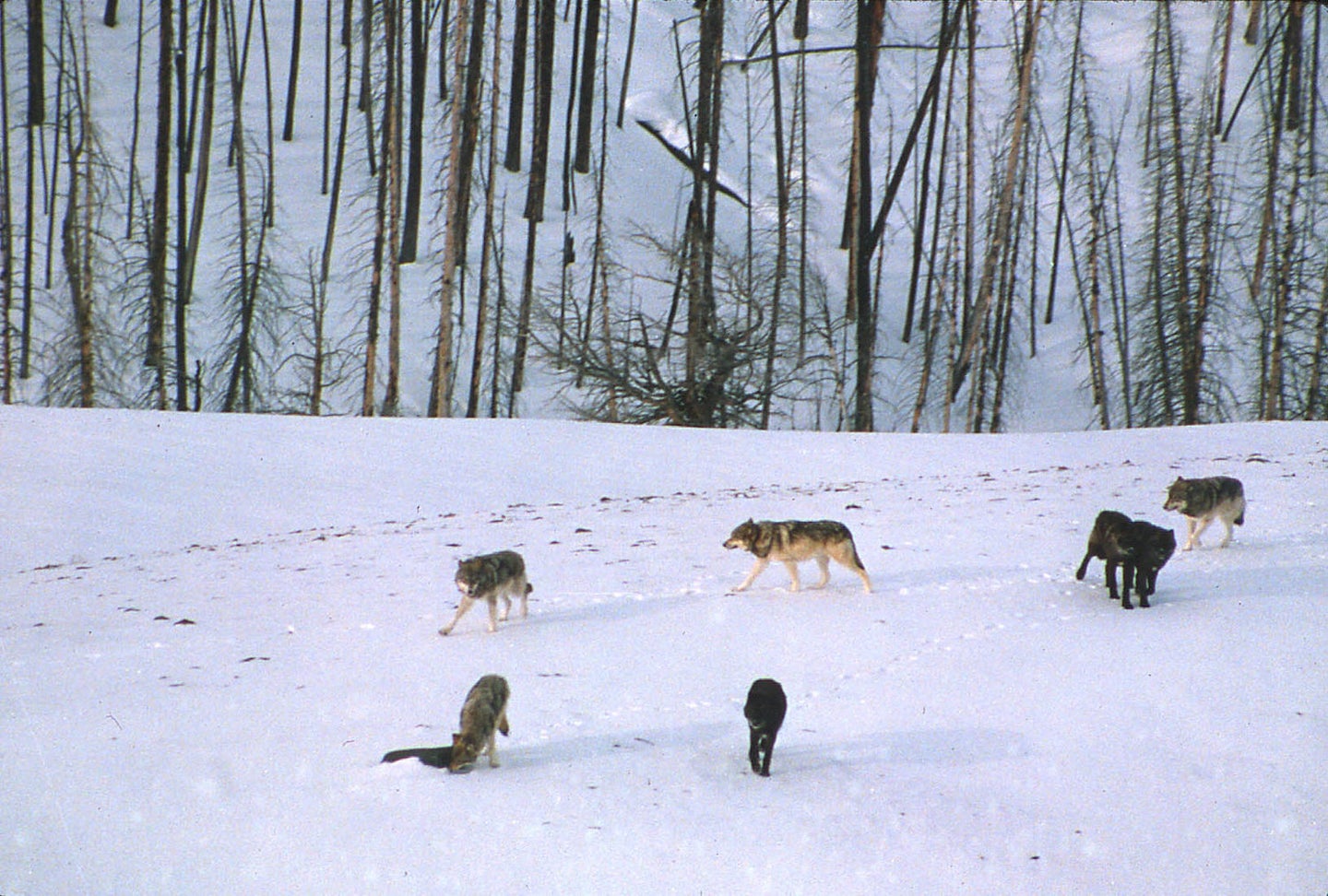 In the last week of April, Wyoming’s Game and Fish Department published the Wyoming Gray Wolf Monitoring and Management report. In that report, the department notes that the end of 2021 marked 20 consecutive years the state exceeded the numerical, distributional, and temporal recovery criteria establish for wolves by the U.S. Fish and Wildlife Service.

During this same time, there were 107 wolf mortalities across the state. Sixty-two of those happened within the boundaries of the WTGMA, in 38 deaths, wolves were documented as predatory animals, six happened in Yellowstone, and one death occurred on the Wind River Reservation. Eighty-four percent of these were human-caused, 13 percent occurred naturally, and three percent remain unknown. Fifty-six wolves were captured and radio-collared for monitoring and research in 2021.

Wolves killed or injured 109 head of livestock, including 50 cattle, 53 sheep, five livestock guarding dogs, and one horse during the full year. This is the lowest number of conflicts in the WTGMA since 2010.

This new report shows the WGFD’s implementation of a wolf hunting season to stabilize the wolf population to 160 within the WTGMA was more or less a success. The state was able to maintain wolf numbers at what it considers healthy levels.

“Wyoming has a proven track record of successfully managing a fully-recovered gray wolf, and we will continue that approach into the future,” said Brian Nesvik, WGFD’s director, to Big Horn Radio Network.

The Wyoming Gray Wolf Management Plan is what the state uses to guide wildlife management decisions for gray wolfs. That plan will stay in place as of right now due to the perceived success of the program. However, recent reports show that Yellowstone packs might be behaving differently based on hunting practices near the park.

Due to hunters in Montana sitting on the edge of Yellowstone wolves’ mating habits have changed and the pack hierarchies have been disrupted, according to a WyoFile report.

“Usually the most dominant wolf prevents other wolves from breeding,” said wildlife biologist Doug Smith. “You lose that [dominant] wolf and it opens up opportunities for other wolves.”

Multiple female wolves are pregnant in at least two different packs of wolves, which is contrary to what researchers saw in the past.

“It’s broken apart the social structure, it’s messed with the hierarchy, and it’s actually produced more pups. Now, this is a hypothesis, but this is what I would call an artificial stimulation of wolf reproductive capacity. By going in and killing them, you stimulate reproduction.”

Smith estimated three to five years for the wolf population to get back to what he considers a more natural condition after last year’s hunting season. The National Park Service isn’t thrilled with the disruptions to the wolves’ mating habits. Smith said that the mission of the NPS is to protect the natural process. Wolf hunting goes contrary to that mission.

Opponents of the Montana hunters who hunt on the boundary of Yellowstone say they’re not practicing fair chase ethics. The hunters push back on that assertion.

The situation pits NPS against wildlife agencies in Wyoming and Montana to some extent. Rob Wallace, former ​​assistant secretary for Fish and Wildlife and Parks at the U.S. Department of the Interior, said he’s worried about what this could mean for interagency cooperation.

“My worry is that this image of Montana, gleefully blasting wolves on the boundary of Yellowstone, poses a serious risk of undermining 27 years of interagency cooperation,” Wallace said. “You’re just stepping into uncharted territory. There’s a large negative reaction from people who care about wildlife resources in Yellowstone, you’ve got the unknown with the courts, and you’ve got an [presidential] administration that’s probably more sympathetic to wolves in Yellowstone than wolves being shot in Montana.”

Montana Fish, Wildlife, and Parks will bring forward its 2022-2023 wolf hunting proposal at its June 23 meeting this year. It will be open for public comment.

Read Next: Judge Orders Federal Protections to be Restored for Gray Wolves

Wyoming and Montana aren’t the only states dealing with wolf population management disagreements. The Wisconsin Conservation Congress’ recent spring survey showed a majority of respondents support limiting the state’s wolf population to 350 animals. A total of 12,978 residents supported limiting the population to that number, 6,410 didn’t, and 2,277 had no opinion. Wisconsin will use this survey to revise its wolf management plan.

At the same time, six Ojibwe tribes in Wisconsin wrote a letter to senators Tammy Baldwin and Ron Johnson opposing a bill the senators co-authored that would delist the gray wolf from the federal endangered species list in the Western Great Lakes region and Wyoming. The tribe said it was not consulted during the creation of the bill.

In March, Baldwin told the Wisconsin Examiner the wolf population is healthy in Wisconsin. She advocated for the state’s ability to manage the population’s control.

“There is scientific consensus that the population of gray wolves has recovered and the federal government can safely return the stewardship of the animals to the state of Wisconsin,” she said. “In crafting policies to manage these animals, I urge all stakeholders in the state to come to the table in a good faith effort to reach a consensus on hunting regulations.”