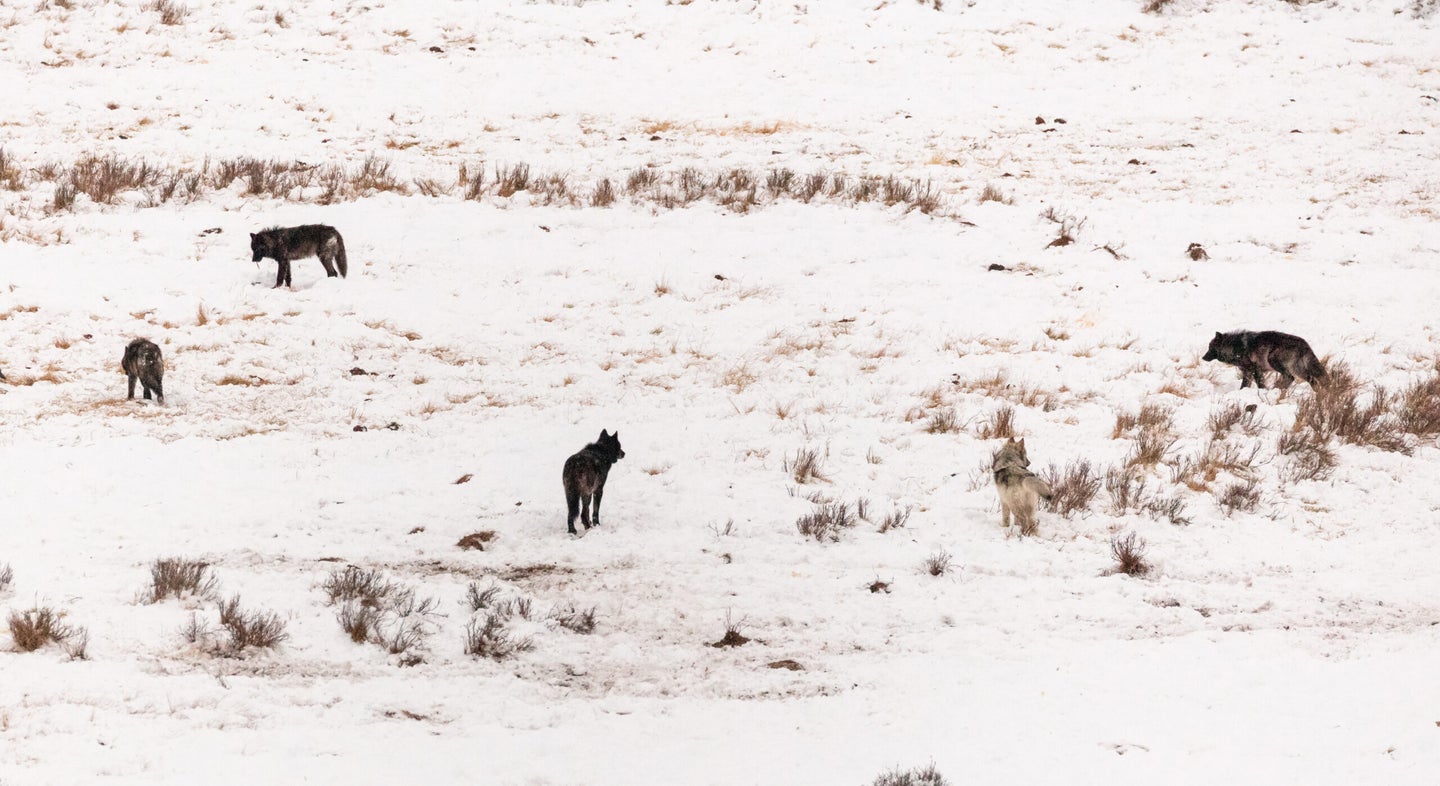 Officials suspect the wolves that have been attacking cattle in northwest Colorado are coming down from Wyoming. Jacob W. Frank / NPS
SHARE

Officials with Colorado Parks and Wildlife confirmed Tuesday that wolves attacked two cows on the Gittleston Ranch in North Park, which is located in Jackson County, roughly 10 miles south of the Wyoming border. Both cows were injured in the attack, and one had to be euthanized due to its injuries, according to the Colorado Sun.

For those who have been keeping track of wolf attacks in Colorado this winter, the Gittleston Ranch might sound familiar. That’s because the ranch made headlines when a wolf killed a calf there on Dec. 19. The Colorado Cattlemen’s Association called this incident “the first confirmed wolf kill of livestock in Colorado in over 70 years.”

This was big news in a state that, just one year prior, passed a historic ballot measure to reintroduce gray wolves. Proposition 114—which directs state wildlife managers to bring wolves back to Colorado’s Western Slope by the end of 2023—passed by the slimmest of margins in November 2020, and it revealed a stark divide regarding how wolves are viewed in different parts of the state. Urban voters in the Front Range voted overwhelmingly in favor of the ballot measure, while rural voters in the western part of the state—where the wolves will live—generally opposed it.

And if ranchers like Don Gittleston were worried about how the ballot measure might affect their cattle operations, they are even more wary of wolves after the series of events that has taken place over the last month or so. Because on Jan. 9, 21 days after Gittleston lost one of his calves, the same pack of wolves struck again. This time they attacked two border collies, killing one, on another ranch in Jackson County.

The Colorado Parks and Wildlife Commission responded to these attacks the following day by approving emergency wolf hazing rules that allow ranchers to better protect their livestock from predators. (Commissioners had apparently planned to address these new rules in March of this year, but they felt that the Dec. 19 wolf attack warranted more immediate action.) These emergency regulations allow ranchers to use guard animals, rubber bullets, noisemakers, and other non-lethal methods for hazing predators. They do not, however, give ranchers a lethal option for dealing with wolves, and any hazing action that injures or kills a wolf is still illegal under the emergency regulations.

A growing number of ranchers have since said that these regulations are not enough to protect their livestock from wolves. “It’s very helpful, but it’s not a solution,” a rancher in Ignacio told the Durango Herald on Monday. “In the long run, we’re going to have to be able to eliminate those animals that are causing the depredation, because once they start it’ll never stop.”

Then as if on cue, CPW received a report of six wolves on the Gittleston Ranch yesterday. Further investigation revealed wolf tracks and scat at the scene, along with two injured cows. One of Gittleston’s cows—a 2-year-old heifer—was expected to survive, while the younger cow was euthanized. Officials with CPW have underscored the fact that the wolves responsible for the Dec. 19, Jan. 9, and Jan. 18 attacks in Jackson County were not introduced by the state, as the reintroduction process will not begin for another year or two. They say it’s more likely that the pack has settled in northwest Colorado after drifting in from southern Wyoming.

“Colorado has seen lone wolves travel in and out of the state over the past few decades with a lone wolf, F1084, taking up residence in the state in July 2019,” reads the CPW website. The wildlife agency also says that a pack of wolves was first identified in the northwest part of the state in 2020. And just last year, CPW biologists found and collared a second lone wolf, identified as M2101, living south of the Wyoming border.