Some hunters in the state say the bill could diminish hunting opportunities, reduce conservation funding, and open the door to a broader anti-hunting agenda 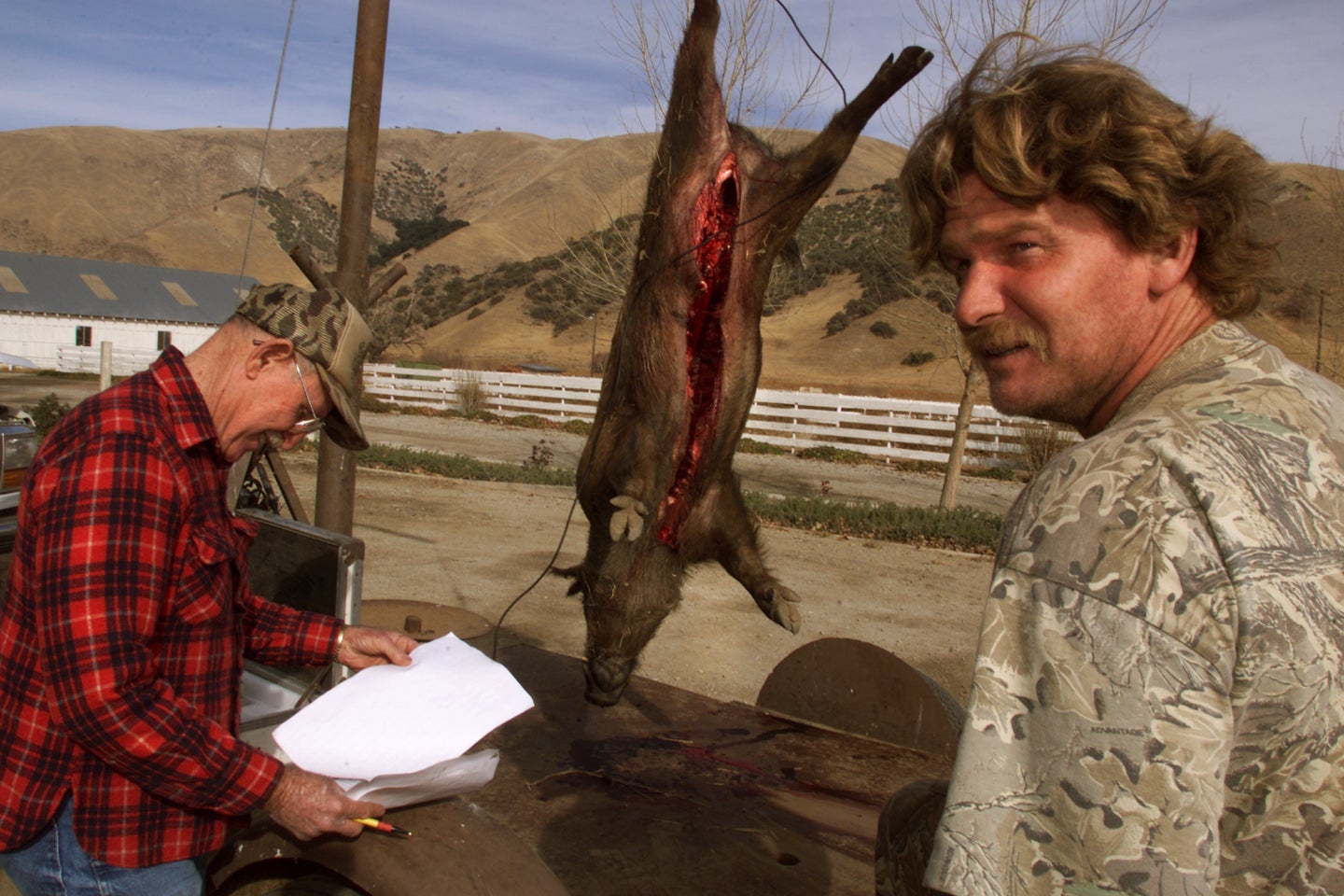 California Sen. Bill Dodd (D-Napa) introduced legislation in January that aims to help control the state’s rapidly growing wild pig population. Senate Bill 856 would make it easier to kill wild hogs by reclassifying them as “exotic species” instead of game animals, which would allow the state to lift remaining hunting restrictions and do away with its permit system. It would also prohibit anyone from releasing a hog on public or private land within the state.

“Unfortunately, swelling numbers of wild pigs have become a major scourge on California wildlands, endangering sensitive habitats, farms, and other animals,” Dodd said when he introduced the bill on Jan. 19. “My bill will increase opportunities to hunt them and do so more economically so that we may bring our pig population under control.”

On its surface, the legislation seems to promote hog hunting by making it cheaper and easier to take pigs year-round. So why are some hunters lining up to oppose it?

According to a letter signed by 11 different pro-hunting and conservation groups in the state, they say the bill would diminish hunting opportunities and negatively impact the California Department of Fish and Wildlife’s ability to manage wild pigs. These groups also worry that SB 856 would reduce the amount of revenue deposited into the agency’s Big Game Management Account, and would open the door for future legislation that could chip away at hunting rights in the state.

CDFW already allows the year-round hunting of wild pigs with no bag limit. The statewide population is estimated between 200,000 and 400,000 wild pigs, and looking at the state’s most recent Wild Pig Take Report, hunters filled less than 4,000 hog tags during the 2020-21 season.

In other words, there is no shortage of hogs to kill in California. But hunters in the state are still concerned that SB 856 would take away a very specific type of hunting opportunity: hunting preserves.

“A person shall not engage in, sponsor, or assist in the operation of a contained hunting preserve…within this state,” the bill reads. It goes on to define a hunting preserve as “any tract of land on which a fence or other apparatus is used to prevent the free roaming of swine that are to be hunted and not used solely for domestic swine production.”

Pro-hunting groups like California Waterfowl and the California Rifle and Pistol Association argue that these high-fence hog operations are important to the state’s hunting culture because they provide opportunities for young, elderly, and disabled hunters. Outlawing these operations would be a huge loss for these groups that are “physically unable to handle traditional hunts,” the opposition’s letter states.

Another major concern of theirs is related to funding. Current regulations require hunters to purchase a wild pig tag for every hog they kill, and these tags cost $25 for residents and $85 for non-residents. But SB 856 would abolish this permit system and replace it with an annual “wild pig validation,” which would only cost residents $15 and would allow them to harvest as many wild pigs as they like during the license year.

This all sounds like a pretty good deal for hunters, and it’s one of Sen. Dodd’s major selling points to the hunting community: kill more hogs for less money. But when you consider the fact that the money from these tags goes directly into the state’s Big Game Management Account—which funds programs benefitting big game species, along with land acquisitions that expand public hunting opportunities—it suddenly sounds like a rotten deal for California’s wildlife and sportsmen.

Revisiting the state’s Wild Pig Take Report, it shows that a total of 53,923 wild pig tags were issued during the 2020-21 hunting season. The report doesn’t specify how many of those tags went to non-residents, but even if we assume that all of them were issued to residents at a cost of $25 per tag, that conservative estimate comes out to more than $1.3 million. Do hunters really want to undercut this funding source just to save a few bucks on tags? Add back the current, higher cost of non-resident pig tags, and you get an even larger sum.

Taking these management concerns one step further, the groups bring up the fact that SB 856 would require CDFW to prepare a wild pig management plan no later than Jan. 1, 2024. And they say this mandate could only be accomplished to the detriment of other big game species.

“This would not provide DFW with adequate time to prepare a comprehensive, effective plan,” opponents of the bill argue in the letter. “And [it would] seriously compromise the ability of DFW staff to compete critically needed management plans for bears, wild sheep, deer, and bobcats that are currently in progress.”

Gateway to a Broader Anti-Hunting Agenda

California hunters also feel uneasy about SB 856 because the state’s political climate has made them wary of any hunting-related legislation. It’s no secret that hunting traditions are under attack in the Golden State. The continued push to outlaw black bear hunting in the state is a prime example.

And circling back to the hunting preserves that are being targeted by the bill, the hunters who oppose SB 856 worry that its passage could open the door to a broader anti-hunting agenda. If high-fence hog-hunting operations are outlawed, they argue, this could set a dangerous precedent wherein legislators could target other operations such as privately-owned lakes and pheasant hunting clubs.

“For us, this is a ‘slippery slope,’” the letter reads, “as we can easily see planted upland game bird hunts next on the list.”

Howl for Wildlife, a non-profit organization that advocates for hunting rights in California, also brings up the fact that SB 856 is no different from AB 2805. That bill was introduced by a Republican representative in February 2018 and it died in committee later that year.

Charles Whitwam, the founder of Howl for Wildlife, claimed in a recent podcast that the state’s hunting community helped defeat AB 2805 after learning that some of the language in the bill was crafted by none other than Jennifer Fearing, a well-known anti-hunting and animal rights lobbyist.

“The proposed legislation from Senator Dodd was copied verbatim from the 2018 wild pig bill, which was originally supported in part by anti-hunters who wanted to eliminate hunting opportunity on private property,” according to Howl’s website. “Some feel we need the anti-hunting orgs’ support to play politics with these bills, [but] the end goal of anti-hunting groups is to end all hunting, in case we’ve lost sight.”

As part of Howl’s campaign to defeat the bill, the organization has an online portal that makes it easy to provide comment on the legislation. Just shy of 3,000 people have sent in comments as of Thursday, March 24, and this campaign will likely intensify as SB 856 moves forward. The bill cleared the Senate Natural Resources and Water Committee by a 7-0 vote on March 10, and it is now headed to the Senate’s Appropriations Committee.