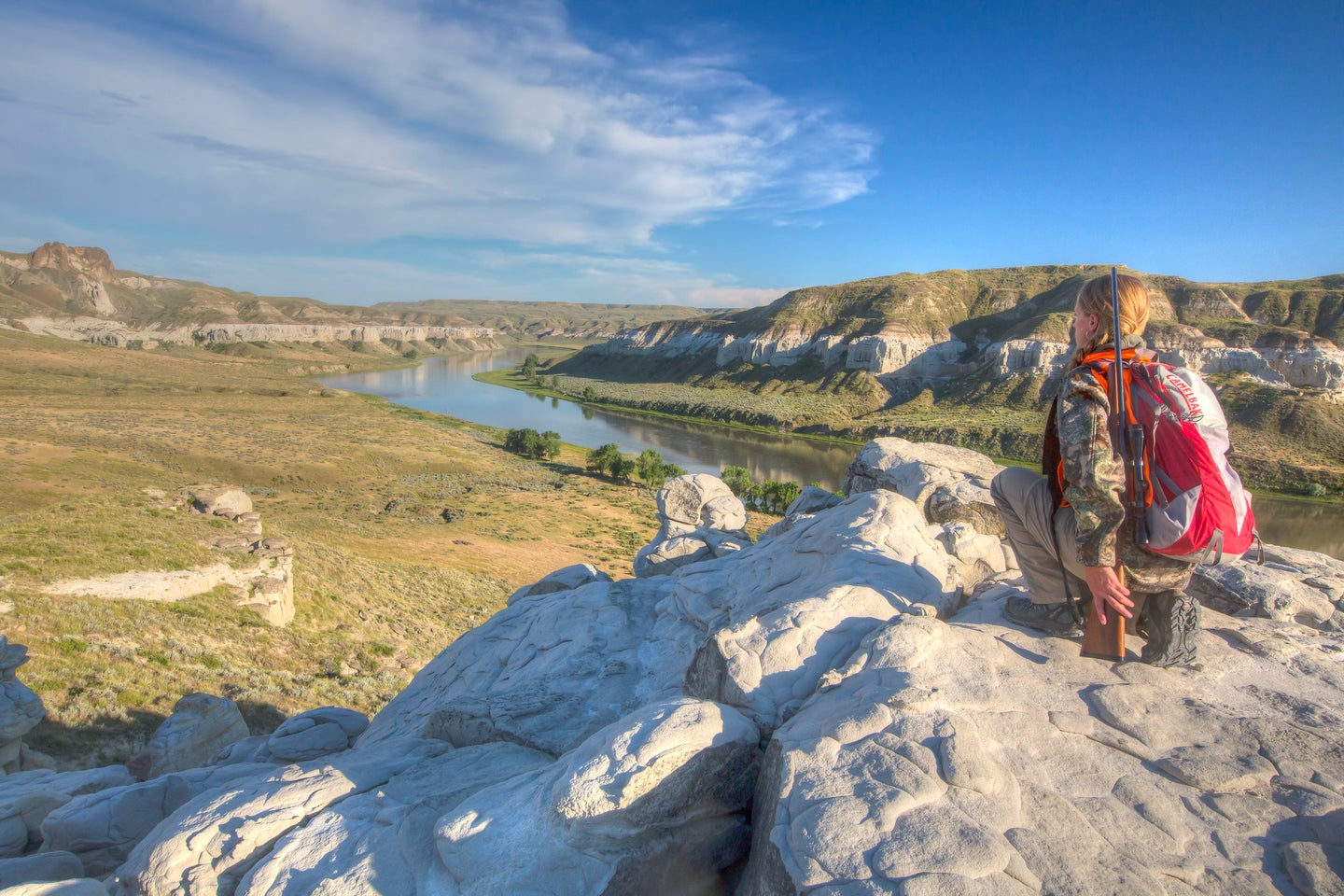 Places like the BLM-managed Upper Missouri Breaks in Montana provide opportunities for American hunters and anglers, and these public lands are critical to our outdoor heritage. BLM
SHARE

Utah Senator Mike Lee is trying to take control of your public lands again. Only this time he’s disguising his efforts as an attempt to tackle the housing crisis.

On April 8, Lee was joined by Sens. Mitt Romney (R-Utah) and John Barrasso (R-Wyo.) in introducing the “Helping Open Underutilized Space to Ensure Shelter” Act. The HOUSES Act, or Senate Bill 4062, would allow state and local governments to purchase parcels of federally owned land at reduced prices in order to develop affordable housing and address the housing crisis that many residents of Western states are currently facing.

In his announcement touting the legislation, Lee brought up the fact that Utah, like many desirable Western states, has a competitive housing market and a limited housing supply. This combination “led home prices to increase by 24.5 percent from 2020 to 2021,” he explained.

The same thing has happened in neighboring Colorado, where house prices jumped by 17 percent or more in the Front Range. (In popular towns like Boulder, that increase was closer to 25 percent.) As the Denver Business Journal has explained, however, this spike in demand was caused in part by the pandemic, which had many remote—and recently unemployed—workers re-locating to states with more wide-open spaces and less congestion.

Looking north to Idaho, the median home price in Valley County, which lies north of Boise and is significantly more rural than Colorado’s Front Range, went up from $480,000 in 2020 to $675,000 in 2021. That’s a roughly 41 percent increase. Looking specifically at the town of McCall, the price increase over this same period of time was closer to 50 percent.

Meanwhile, Wyoming Public Media confirmed in January that, according to 2019 IRS returns, Wyoming’s Teton County is now the wealthiest county in America. This means that while the nation’s top-earners are securing their second (or third) vacation property in Jackson Hole, a lot of trout guides and ski bums are currently looking for pantries to rent.

…But This Bill Probably Won’t Help

It’s not a pretty scene out West, which is why the HOUSES Act might sound appealing right now. But as the Center for Western Priorities has pointed out, “it’s unclear whether Lee’s bill would actually help address housing shortages.”

The Center explains that these shortages became an issue during the Great Recession of 2009. The decline in home building caused by this recession has continued ever since, and research shows that the U.S. market is now more than 5 million homes short of current demand.

So while Lee is courting Western developers and convincing his constituents that they are unique in their fight to secure adequate housing, this is actually a nationwide problem that stretches from coast to coast. Take Illinois, Nebraska, Texas, and Rhode Island, which are among the most privately-owned states in the country—with 95.8 to 98.5 of their lands falling under private ownership. Because of these same supply shortages, housing prices climbed by more than 11 percent in Illinois, 26 percent in Nebraska, 19.5 percent in Texas, and roughly 11 percent in Rhode Island between 2020 and 2021.

It’s also easy to be fooled by the rosy language in the HOUSES Act title which, again, stands for “Helping Open Underutilized Space to Ensure Shelter.” We can all agree on the physiological need for shelter, but there’s one fatal flaw in this acronym: Public lands in Utah, Idaho, Wyoming, Colorado, and the rest of the Western states are not underutilized. These wild places are critical to our outdoor heritage, and they are part of what makes this country such a great place to hunt and fish. Furthermore, the very notion of lands held in the public trust is central to our American identity. They are paid for by the people, owned by the people, and most importantly, they are used by the people.

According to the 12th Annual Conservation in the West Poll, which surveyed voters in the Mountain West on their views regarding federal lands, the majority of Westerners actually want to expand the nation’s public land system. Eighty-eight percent of survey respondents said they had visited or recreated on federally owned lands at some point in the last year, while 74 percent said these lands help their local economies. And four out of five respondents said they supported the creation of new parks, wildlife refuges, and other publicly accessible areas for outdoor recreation.

If these reasons aren’t enough for sportsmen and women to be skeptical of the HOUSES Act, we should remind ourselves that Sen. Lee has been pushing his agenda to privatize public lands for years now.

In 2018, Lee said flat out that “our long-term goal must be the transfer of federal lands to the states.” In other speeches, he has compared our National Forests to the “Royal Forests” in England, and he’s argued repeatedly that states would do a better job managing these forests than the federal government does currently.

The following year, Lee held a roundtable for the U.S. Senate Subcommittee on Public Lands, Forests, and Mining in Moab, where he continued to push his idea that Utah should be able to sell “garden variety BLM land” in order to fund the state government. There wasn’t a public comment period during the meeting, but public lands advocates showed up to protest anyways. Some were either asked to leave by the police or they walked out on their own.

Read Next: The Most Important Wildlife Conservation Legislation in 50 Years Is Primed for Passage in Congress

These protesters haven’t disappeared though. And while it’s still too early in the legislative process to gauge how far the HOUSES Act might go, organizations like Backcountry Hunters and Anglers have already announced their opposition to the bill.

“While some Western lawmakers have supported Lee’s radical ideas…they haven’t gained much traction in the past,” the Center for Western Priorities states on its website. “Perhaps that’s because Congress doesn’t understand Western issues, as Lee likes to say, or perhaps it’s because they see his legislation for what it is: a thinly-veiled attack on public lands.”