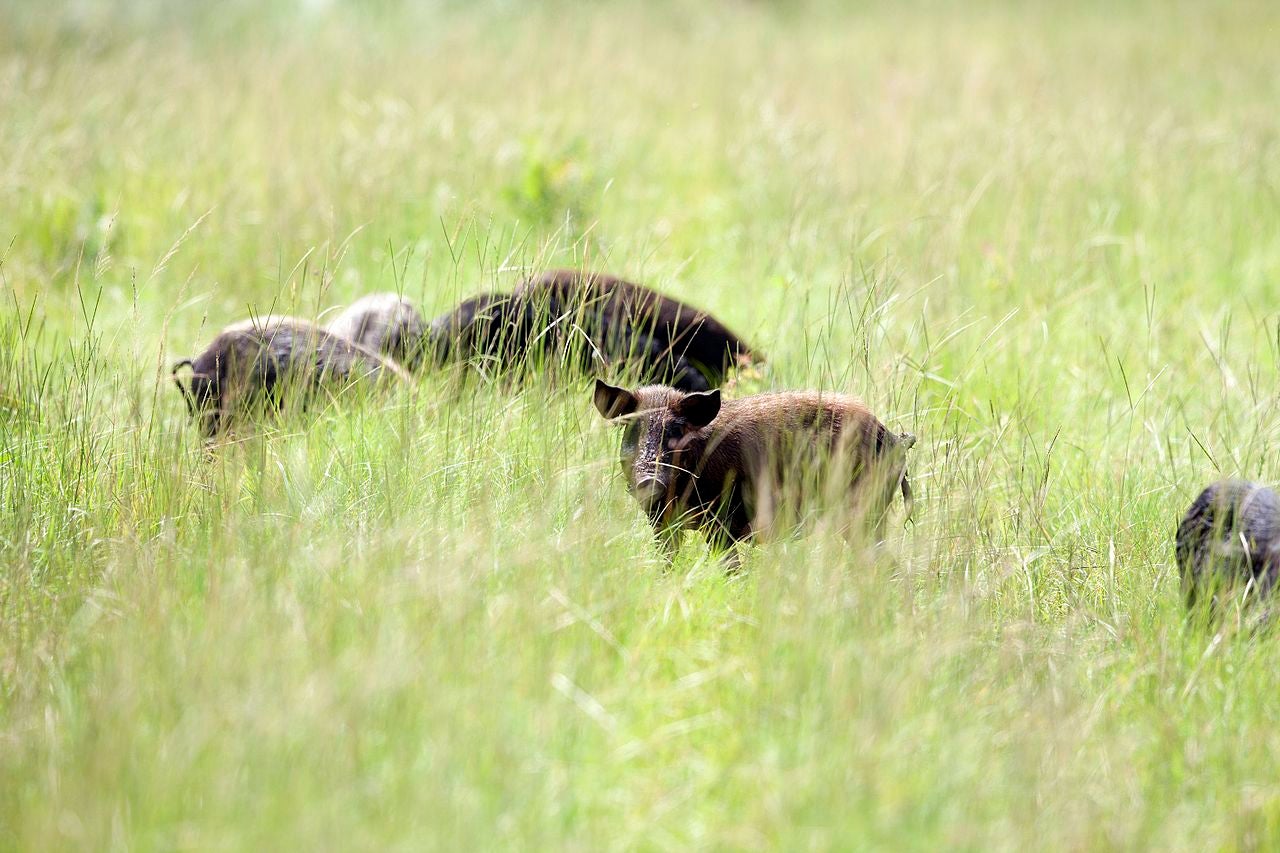 California has a big pig problem. Wild hogs can now be found in 56 of the state’s 58 counties, where they wreak havoc on native plant communities and ecosystems, destroy crops and private property, and spread diseases. They are one of the state’s most destructive invasive species, causing an estimated $1.5 billion in damage to California’s agriculture, natural resources, and personal property on an annual basis. They’re also prolific breeders, which makes controlling their population extremely difficult.

All of this helps explain why at least one state legislator wants to make it easier for hunters and landowners to kill wild hogs. California Sen. Bill Dodd (D-Napa) introduced legislation on Jan. 19 that aims to help control the state’s rapidly growing wild pig population. The bill has already garnered wide support from wildlife officials, farmers, and hunters in the state.

“Feral pigs are an invasive species and the cause of significant damage in our state to the environment, private property, agriculture and other wildlife,” Eric Sklar, a member of the California Fish and Game Commission, said in a press release. “We need to do everything we can to stop them, and I applaud Sen. Dodd’s effort to address this problem.”

Senate Bill 856 would lift remaining hunting restrictions and abolish the state’s permit system for wild hogs. The California Department of Fish and Wildlife already allows the year-round hunting of wild pigs with no bag limit, but the agency currently requires recreational hunters to purchase a wild pig tag—and to mail the filled tag to CDFW—for every pig they harvest. The state also requires landowners to apply for a depredation permit if they want to remove multiple pigs from their land.

Dodd’s proposal would eliminate the need for depredation permits, and it would replace wild pig tags with an annual “wild pig validation”. This validation would cost $15 for resident hunters (or $50 for nonresidents), and it would allow hunters to harvest as many wild pigs as they like during the license year. The bill “would also prohibit a person from intentionally or knowingly releasing any hog, boar, pig, or swine to live in a wild or feral state upon public or private land.”

This final provision is important because the introduction of European wild boars by a wealthy Monterey County landowner in the 1920s is precisely what led to the state’s pig problems today. According to CDFW, these European boars ended up breeding with the state’s established feral pig population, which created the “wild boar/feral domestic pig hybrids” that have the fertility of domestic pigs coupled with the intelligence, tenacity, and size of wild boars.

Read Next: Texas Deer Hunter Gets Tossed by a 300-Pound Wild Boar, Shoots It from 5 Feet Away

And since these wild sows can produce two litters of five to six piglets per year, the state agency says “[this] wild pig population has the potential to triple every year.” This makes it almost impossible for sport hunters in the state to deal with the problem on their own—and its why Dodd and proponents of the legislation want to make it easier for hunters and private landowners to kill as many pigs as possible.

“Twenty percent of the amount of feral pigs are being killed a year but that is neutralized by the amount of new births of pigs that are happening,” Dodd explained to CBS-Sacramento earlier this week. “So, we really are not even making a dent in the problem. At the end of the day, what we need to do is make it easier to take more.”