"Are these packed woods and mountains in the West all my own doing?" 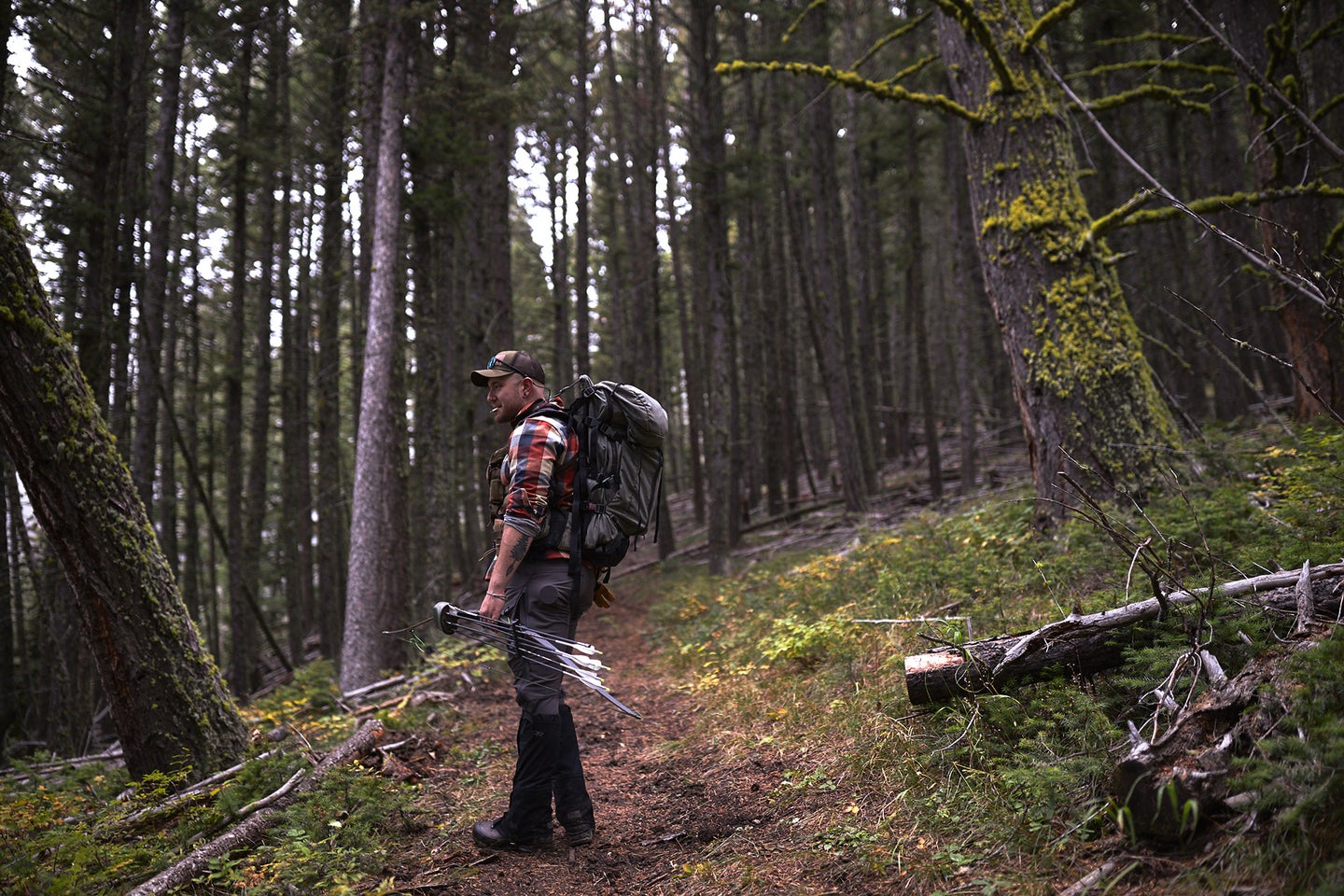 DJ and I rumbled down the dusty, wash-boarded road en route to where we planned to camp for the opening weekend of Montana’s rifle season. We passed glammed-out campers, generator-powered chest freezers, fleets of four wheelers, and license plates that seemed to be from everywhere but Montana. DJ lives in northwest Montana, and I live in the booming mountain metropolis of Bozeman.

“I’ve been hunting here for years, dude,” I griped. “I’ve never seen it like this.”

“Ebbs and flows, brother. But recently, it seems like a lot more flow than ebb,” he replied.

As we drove deeper into the unit—but continued to see just as many hunters—my frustration nearly boiled over.

But to many long-time western hunters, I could be considered a part of the hunting-pressure problem. I was not born in Montana. I take up space on public lands and hunt public wildlife. I sit on three conservation organization boards, including the Montana Chapter of Backcountry Hunters and Anglers as the R3/DEI coordinator. And the cherry on top: I work in the hunting and fishing industry.

Through my job and volunteer work, my whole purpose is to help new and aspiring hunters be successful in the field. I’ve got to balance those responsibilities with my own struggles of hunting on crowded public lands. Are these packed woods and mountains in the West all my own doing?

As we drove farther up the mountain, I snapped out of it. I realized that there are bigger issues facing hunters than other hunters. Pointing fingers and arguing that other hunters are ruining hunting is a distraction from bigger problems.

I grew up in northwest Pennsylvania in a pretty traditional hunting family. My grandfather and uncle taught me how to hunt and shoot. Advocating for hunters wasn’t on their radar, but they cared enough about hunting to introduce it to me, and to pass that family tradition to the next generation. My desire to hunt grew and, upon graduating college in 2016, I packed up my car and moved to Montana to pursue a life that let me hunt and fish as much as possible.

Around this same time, hunting recruitment, reactivation, and retention initiatives, otherwise known as R3, were growing throughout the country. Recruitment efforts have increased since license sales trends dipped from their highs in the 1980s. Reactivation attempts to encourage lapsed hunters to start buying annual hunting licenses again. The retention part is about figuring out how to keep hunters in the field long term.

Many state wildlife agencies and non-profit organizations are focusing their efforts on R3. That could mean helping bring new hunters into the fold, getting people who used to hunt to return to the field, or working to keep hunter education graduates in the system beyond a one-year cycle. If you’re a member of BHA, Pheasants Forever, the National Deer Association, or other conservation organizations, you probably seen efforts like this. R3 is everywhere.

But as concerns grow about overcrowding and “outsiders” ruining hunting spots–or even hunting as a whole–many ask: Why do we continue pushing R3 initiatives?

I don’t view R3 as a pipeline used to flood the field with as many hunters as possible. Instead, I consider R3 efforts as a screening process for people interested in joining the hunting ranks. R3 is an opportunity to engage people in a meaningful way that promotes a holistic understanding of habitat, conservation, and wildlife management through the North American Model of Wildlife Conservation. Creating new hunters isn’t necessarily the goal. Reaching new and diverse audiences to teach them why they should care is first and foremost—even if those people never hunt.

In February 2021, the Montana State University Club of Backcountry Hunters and Anglers hosted an ice fishing event to help raise awareness for BHA’s mission: to ensure North America’s outdoor heritage of hunting and fishing in a natural setting, through education and work on behalf of wild public lands, waters, and wildlife. There were seasoned ice fishing vets jigging alongside complete novices, elk hunters alongside duck hunters, skiers and snowboarders alongside bird watchers, and every outdoor interest in between.

Not all the students who showed up on the ice that day will go on to buy an elk hunting license. And to be frank, there’s a part of me that’s a little glad about that. I, too, experience the crowding issues and share the same frustrations of many hunters. What I am grateful for is that many of those attendees had their first exposure to the hook-and-bullet world in a positive and communal way. R3 events help create advocates for hunting, fishing, and public lands, regardless of whether the individual becomes a diehard hunter. These experiences allow people to have a more realistic understanding of why hunting and fishing are so crucial to wildlife. These newly informed perspectives can provide people with the tools to speak up when troubling legislation or regulations are proposed.

The Real Threats to Hunting and Conservation

Take a look at Montana right now. Dozens of bills that would fundamentally change the way we hunt in Montana were overwhelmingly shot down by hunters in the last legislative session. To the ire of Montana hunters, those same bills were resurrected as proposed regulations by Montana Fish, Wildlife and Parks—the very agency we entrust to properly manage public wildlife. Recently, hunters showed up in force to work with the Montana FWP commission to adopt reasonable and transparent regulation changes. Though the changes are far from perfect, the public process worked thanks to a large group of people advocating for public-land hunting.

During that same legislative session, countless proposals would have threatened conservation and habitat funding, water quality standards, and access to public wildlife. Hunters defeated some; others passed despite overwhelming public opposition.

Across the West, poorly guided perspectives violate our shared hunting heritage and challenge the scientific management of wildlife. Washington, Oregon, California, and Colorado have all seen recent attacks on predator hunting, and there is a petition in Oregon to ban hunting and fishing across the board. It’s easy to point the finger at new folks for causing the problems hunters face. But the reality is that we have bigger issues looming than a few new people showing up at trailheads.

Development, habitat loss, and population growth are only accelerating. Meanwhile, there are active and lively attempts across the nation to privatize public wildlife, make public access more difficult, and reduce hunting opportunities for the average person. As these misguided ideas continue to assault our way of life, powerful public advocacy is our only hope. But advocates don’t just appear; they are made. I, for one, am grateful to have more engaged hunters working alongside me. If that means I have to hike a little farther and hunt a little harder to find elk on our public lands, then so be it.

Paul Kemper is the R3/DEI coordinator for the Montana Chapter of Backcountry Hunters and Anglers, the vice president of the Traditional Bowhunters of Montana, and production coordinator for Randy Newberg's Fresh Tracks. He lives in Bozeman, Montana.