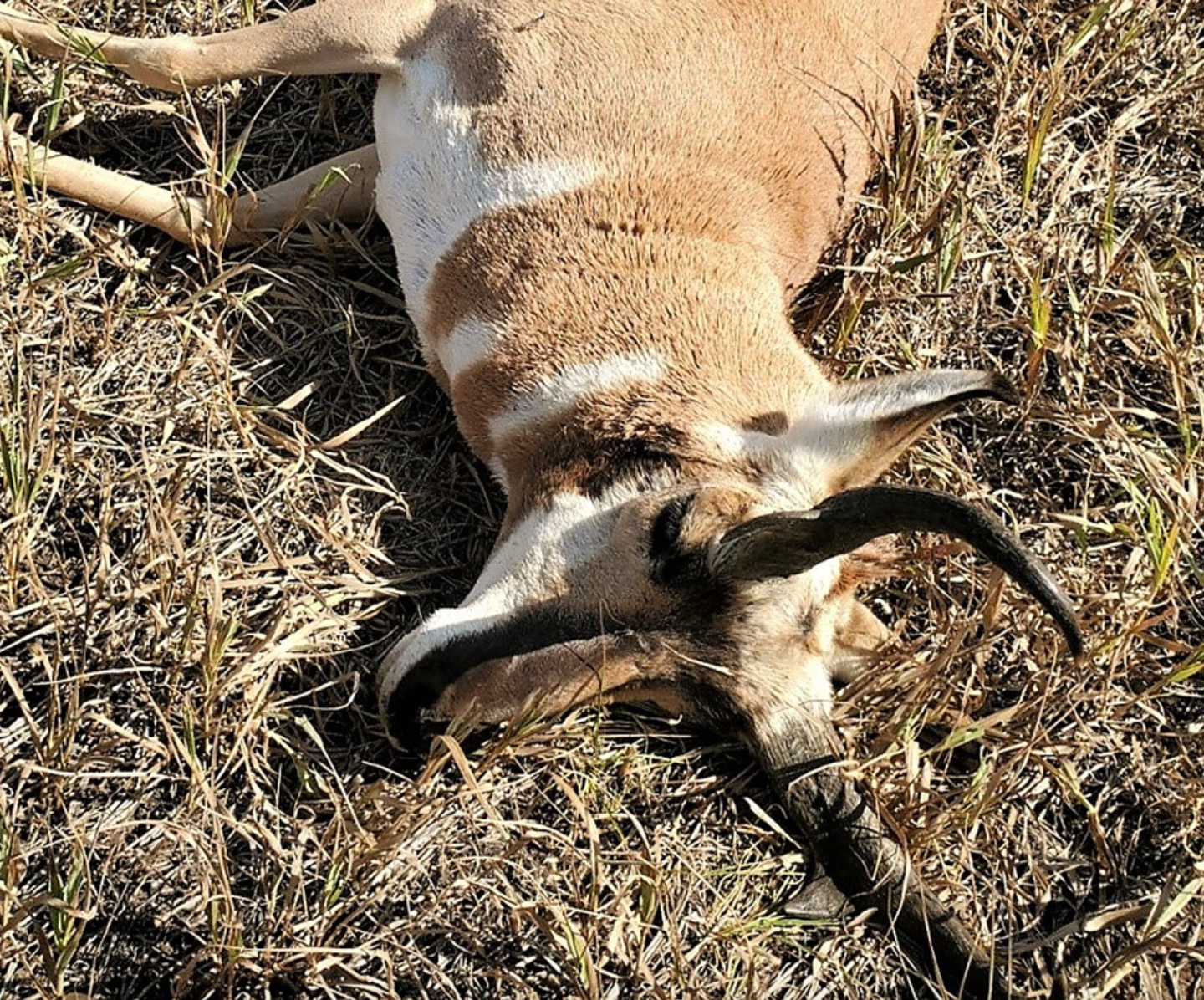 The discovery of a dead pronghorn in August of 2019 led to a multi-state investigation into three Missouri poachers who went on a shooting spree in Central Idaho. John Beer / Idaho Dept. of Fish and Game
SHARE

Three men who were recently found guilty of a string of egregious poaching violations in Idaho will not be going hunting anytime soon. Missouri residents Grifen Whiteside, 21, Dylan Davidson, 25, and Sydney Wallace, 20, have all lost their hunting, fishing, and trapping privileges in 49 states after going on what the Idaho Department of Fish and Game is calling a “poaching spree.”

IDFG’s investigation into the matter began in August 2019, when Conservation Officers John Beer and Malcolm Clemenhagen discovered a dead pronghorn buck with a small caliber bullet hole in its side near a road south of Stanley. The officers didn’t have much to go on until later that week, when a witness called the state’s poaching hotline. The witness told authorities that they knew the people involved, and that Whiteside had admitted to shooting the abandoned pronghorn.

The Idaho wildlife agents then shared this information with the Missouri Department of Conservation, who tracked down and interviewed the three men—none of whom had purchased an Idaho hunting license in 2019. During one of those interviews, Davidson admitted that the group had shot at a number of different animals, including 15 pronghorn antelope and about 10 deer.

An investigation conducted with the aid of K9 dogs and drones revealed that the trio really had gone on a spree. The poachers shot at animals indiscriminately and made no attempt to see if they had hit or killed any of their targets. The final tally of dead wildlife that officials recovered included two pronghorns, two red foxes, a duck, an osprey, three chipmunks, two ground squirrels, and a chinook salmon.

“It seems the three shot at anything that moved,” Clemenhagen told the Springfield News-Leader. “It was a shocking reminder of what some people are capable of.”

Davidson was also charged with two felonies and multiple misdemeanors in Blaine County, Idaho. He was released on probation on the condition that he was not allowed to hunt, fish, or trap in any state. It wasn’t long, however, until he was arrested yet again for violating his probation by harvesting a deer and multiple ducks in his home state of Missouri. As part of his plea deal, Davidson received a lifetime revocation of his hunting, fishing, and trapping privileges in Idaho.

The license revocations effectively ban the three men from hunting, fishing, and trapping in all states except Hawaii. These sweeping punishments are made possible by the Interstate Wildlife Violator Compact, which “includes a reciprocal recognition of license privilege suspension by member states—thus any person whose license privileges are suspended in a member state would also be suspended in their home state…and in all other compact states.”

While the poachers received fines and bans, the two citizens who initially reported the illegal activity to the authorities received enhanced rewards of $1,100 apiece for going “above and beyond” the tips authorities hope to receive from law-abiding hunters and citizens.