3 Men, 100 Wildlife Violations, and $300,000 in Fines: One of Wyoming’s Biggest Poaching Busts Explained

Three nonresidents poached dozens of animals over the last two decades. Now, the Wyoming Game and Fish Department is closing their case 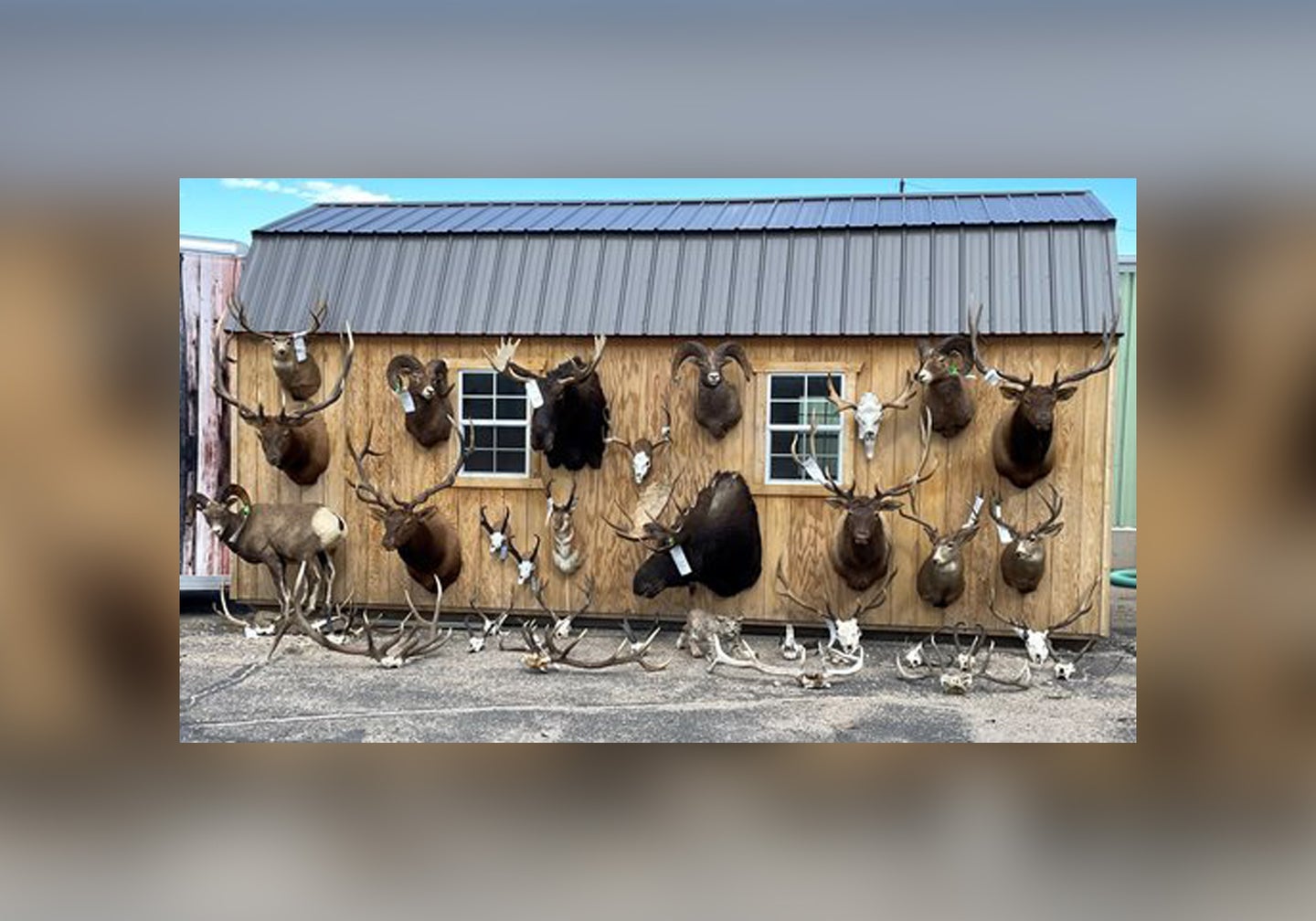 One of the three men was a taxidermist in Alabama, which means many of his poached critters were mounted. Wyoming Game and Fish Department
SHARE

The Wyoming Game and Fish Department has shut the door on one of the worst poaching scandals in state history. Now, three nonresident poachers, one of whom was a taxidermist, face over $300,000 in fines and restitution, combined years of jail time, and lifetime hunting bans, according to a WGFD press release.

Russell Vick of Alabama, Robert Underwood of Oklahoma, and Robert’s son David Underwood of South Dakota have a history of poaching, faulty addresses, hidden taxidermy, and even dead migratory birds, alligators, and a walrus. It all began in Oct. 2015 when a Gillette game warden received an interstate tag request for a deer head a hunter planned on shipping to Vick in Alabama. Except when the game warden looked Vick up, a Wyoming address—and a history of Wyoming hunting licenses-showed up instead.

This strange inconsistency led to a lengthy list of charges for crimes Vick committed across four Wyoming counties: Park, Sheridan, Campbell, and Weston. As investigators dug deeper into Vick’s background, they came across incriminating evidence of wildlife violations committed by both Robert and David Underwood, as well.

Eventually, Assistant U.S. Attorneys from multiple states, the U.S. Fish and Wildlife Service, and local wildlife officials in Alabama worked together to execute a warrant and search Vick’s residence in May 2017. David’s home in Edgewood, South Dakota was searched at the same time, and Robert was questioned at his residence in Jones, Oklahoma. During the searches, authorities seized multiple deer, elk, bighorn ram, and pronghorn mounts from Vick and Underwood. Local police also discovered and seized a plethora of dead, mounted alligators and migratory birds at Vick’s home and taxidermy shop.

Vick’s final rap sheet for the bust is long. Charges and sentencing are as follows:

In Weston County in June 2020, Vick was charged with illegally killing two bighorn sheep rams and a bull elk without a license during closed seasons and trespassing on private property to hunt without permission. He was also charged as an accessory in the illegal taking of two wild turkeys and a bull elk. He paid $30,070 in fines and restitution and lost his hunting, fishing and trapping privileges for 10 years after pleading guilty to killing the two bighorn rams.

In Campbell County in June 2021, Vick was charged with 43 violations that occurred over a nine-year span from 2003 to 2012. Charges included illegally killing, possessing and/or transporting two doe and two buck antelope, 11 buck mule deer, pheasants and a bull elk. He was also charged as an accessory to the illegal taking of a buck mule deer, two bull elk, a buck antelope and a bobcat, as well as lying about residency for game bird, small game, deer, and elk licenses. After pleading no contest to eight of the 43 charges, the other 36 were dropped. For those eight charges, he served 60 days of an 80-day jail sentence and was ordered to pay $72,320 in fines and restitution. He forfeited eight big game mounts and a Winchester rifle, as well as the rams, moose, elk, antelope, mule deer, walrus, and gull mounts he surrendered to the U.S. Fish and Wildlife Service after the second home search in November 2017. Finally, Vick lost his hunting and fishing privileges for life.

In Sheridan County in August 2021, Vick was charged with killing four Bighorn National Forest bull moose without a license between 2007 and 2011. He pleaded guilty to two charges and made an Alford plea on the other two charges, which means he asserted innocence even though the evidence was strong enough to incriminate him. He was sentenced him to one year in the Sheridan County Detention Center, which he started that day, and was ordered to pay $70,160 in fines and restitution.

To sum that all up, Vick poached three sheep, two elk, 11 deer, four antelope, four moose, and at least a few birds. Additionally, he was an accessory to poaching two sheep, three elk, one deer, one antelope, two turkeys, and one bobcat. That’s not to mention the walrus, alligators, and migratory birds found in his possession, and likely the countless other animals he wasn’t caught for.

Vick’s accomplices were also charged in Weston, Campbell, and Park counties. Their rap sheets look quite similar to Vick’s, since they were accessories to most of his poachings and he was an accessory to most of theirs. Robert received $82,610 in fines and restitution and lost hunting, fishing and trapping privileges for life. He was also sentenced to 50 days in jail and forfeited a bobcat mount. David paid $20,045 in fines and restitution and his hunting, fishing and trapping privileges were revoked for 20 years. He forfeited a bighorn ram mount, three buck antelope, eagle parts, elk antlers, elk meat, and two buck mule deer.

It’s worth mentioning that under Wyoming law, the $171,230 in fines will go to the public schools in the counties where the busts occurred and the $131,550 will go to a WGFD fund used to purchase conservation easements and improve public access across the state.

A bust of this breadth truly took cooperation across multiple enforcement agencies.

“We particularly want to thank special agents with the U.S. Fish and Wildlife Service, state wildlife law enforcement officers in Oklahoma, Alabama and South Dakota, as well as several Wyoming game wardens who investigated violations that took place within their districts,” Rick King, WGFD chief game warden said in the press release. “We also appreciate the many hours spent by the Campbell, Park, Sheridan and Weston county attorney offices to make sure appropriate charges were filed to reflect the seriousness of these wildlife violations. Additionally, assistant U.S. Attorneys at offices in Lander, Rapid City, South Dakota, Oklahoma City, Okla.; and Birmingham, Ala., spent a significant amount of time preparing and drafting federal search warrants in their respective states. These search warrants allowed officers to seize and preserve evidence of the many crimes committed. Employees of the Game and Fish’s Wildlife Forensic Laboratory diligently processed multiple pieces of evidence in this case and we give them our sincere thanks.”