South Dakota Man Fined $13,300 for Poaching 14 Deer Because They Were Eating His Pine Trees 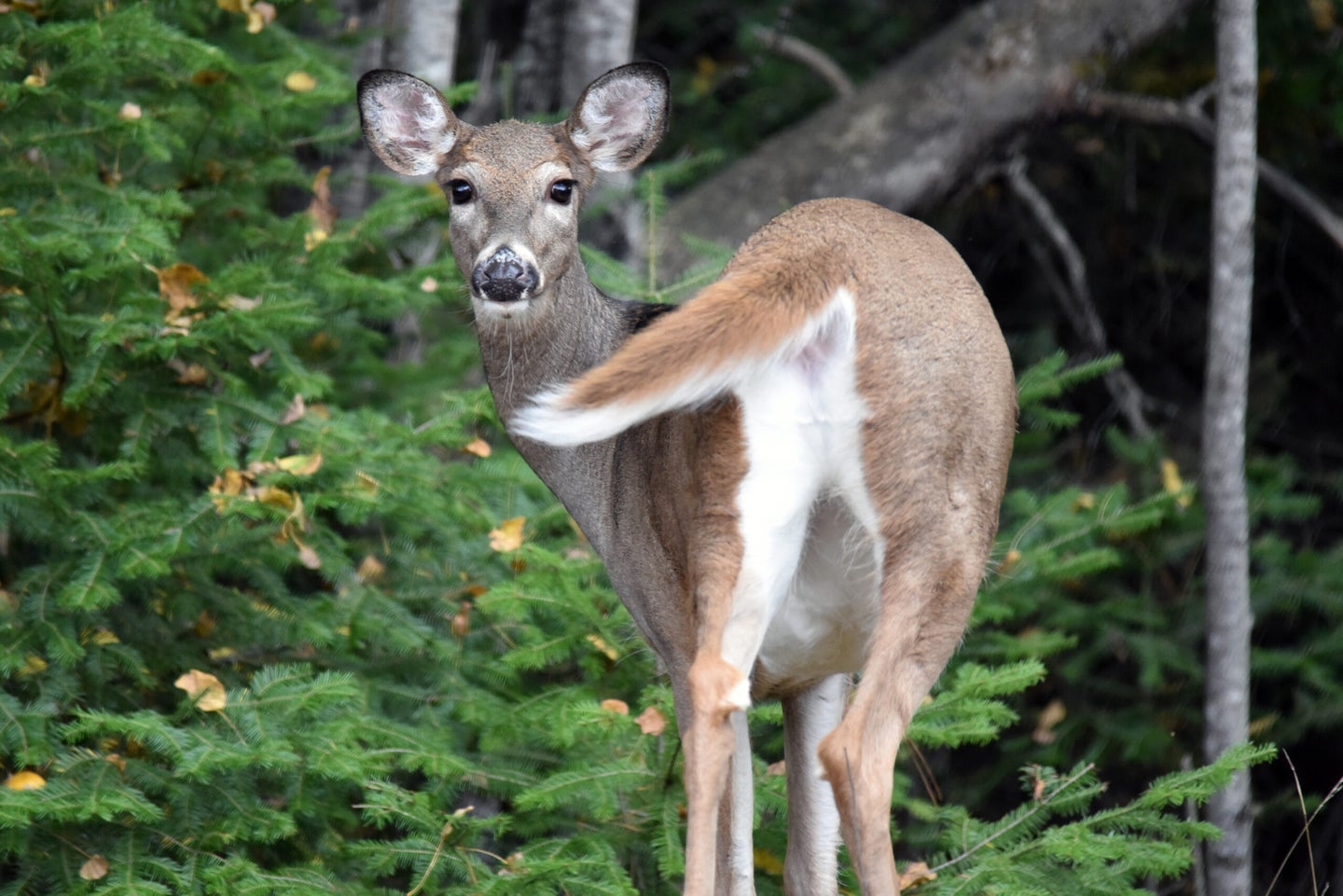 A Spearfish man admitted to poaching dozens of deer, most of which officials say were whitetails, because they were killing his pine trees. Courtney Celley / USFWS
SHARE

A 71-year-old South Dakota man was charged with 14 counts of killing big game without a license after admitting to poaching more than a dozen deer because they were damaging trees on his property. Although the case was built around evidence of 14 dead deer, court records show the defendant admitted killing as many as 100 deer without a license in 2021.

Spearfish resident John T. Widdoss plead guilty to seven of those counts and was sentenced on Jan. 19, resulting in a total fine of $13,324.50, court costs of nearly $700, 15 days in jail, and the loss of hunting privileges for one year. The other seven counts were dismissed as part of a plea deal, according to the Black Hills Pioneer.

South Dakota Game and Fish wildlife conservation officer Josh Thompson received an anonymous call last spring about suspicious activity on the Widdoss property, including reports of unusual shots outside of hunting season, wounded deer, and dead deer on the property. Widdoss owns 120 acres west of Spearfish, according to public records. Recent satellite imagery shows at least five evergreen shelterbelts growing alongside buildings and roads on that property, with some rows of trees smaller than others.

“In the wintertime when [young trees] are small and the snow gets deep, deer will do a lot of damage to the needles. Once you strip the needles off the trees, that’ll kill them,” says one SDGF employee, noting that Widdoss “was pretty blatant” about shooting deer that damaged his trees. “He did not like deer.”

Most of those deer were whitetails, although there are mule deer in Lawrence County, too, which encompasses the northern half of South Dakota’s Black Hills. Thompson, who was the lead investigating officer on the case, confirmed that several types of Widdoss’ trees in a shelterbelt he was planting were affected by deer. But, Thompson emphasizes, there are proper channels available to landowners who are dealing with wildlife conflicts.

“One of the main things our department would like to stress out of all this is we have assistance programs to help landowners or people who are experiencing damage from wildlife,” he says. “If we know about it. If we receive a call, [we can help].”

Poaching incidents are notoriously difficult to build cases against given the nature of the crime. They often require surveillance, catching poachers in the act, and even recovering bullets and matching them to firearms in the suspect’s possession. (“It’s kind of like a murder trial if there’s no body,” says the SDFG employee.) In this case, Widdoss admitted to committing more violations than prosecutors were able to charge him with.

“In eight years of law enforcement, this is the most severe level of poaching for deer violations that I’ve ever seen,” Thompson testified on Jan. 19. “And frankly, my supervisor, who’s in Lawrence County for the past 30 years as well. …[We] found 14 deer that day that we charged [Widdoss] with. The Defendant admitted to poaching, conservatively, 75 to 100 deer.”

A Facebook post published by South Dakotans Fighting Animal Cruelty Together contains portions of the original court transcript, which was obtained by local attorney and FACT board member Joe Kosel. Kosel says he posted excerpts of the proceedings because he found the scale of the poaching incidents—and Widdoss’ attitude about them—“infuriating.”

In one of the defendant’s final statements to the court on Jan. 19, Kosel confirmed, Widdoss said, “Well, the only thing I’d say, it really wasn’t poaching. It was protecting my property.”

Widdoss was ultimately received seven 15-day jail sentences, which he’s serving concurrently in one 15-day stretch at home. This is fairly standard, notes Kosel, who added that the house arrest was likely granted due to Widdoss’ age. The prosecution sought the revocation of Widdoss’ hunting license for seven years—one year for each count to which he plead guilty—but only one year of hunting privileges was revoked.

“We rely, and I would say wardens all over the country rely heavily on the public with reporting violations, tips, and calls,” says Thompson, who worked with fellow officers and his supervisors to investigate the case. “[We need] everyone holding each other accountable to a higher standard to protect our wildlife and our public resources for future generations.”