Deadly Rabbit Disease Could Be Coming to the Midwest, Biologists Warn

RHDV2 is nearly 100 percent fatal—and it's spreading. Here's how hunters can help 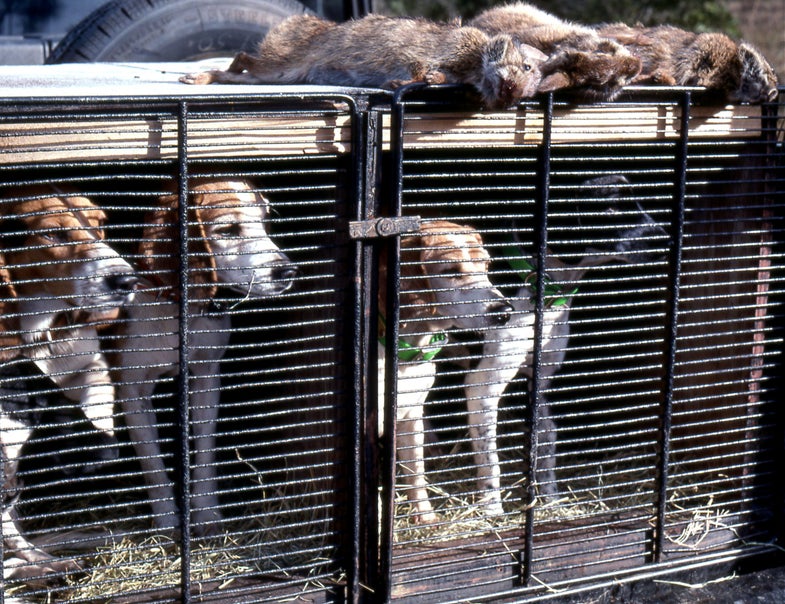 Michigan wildlife biologists have warned about the scourge of the new rabbit fever.
SHARE

Western biologists were the first to sound the alarm several months ago, but now Michigan’s Department of Natural Resources is also warning hunters about the dangers of a nearly 100 percent fatal rabbit disease known as RHDV2. Although the virus has not yet been found in Michigan, wildlife officials there are reminding hunters and residents to remain vigilant.

Rabbit hemorrhagic disease virus type 2, or RHDV2, is a fatal infection in domestic and wild rabbits and hares, and has been discovered in many states around the nation. The virus has been especially prevalent in the Southwest, most notably Texas, Colorado, New Mexico, Arizona, Utah, Nevada, and Southern California. But the disease has also been found in rabbits in many states from Florida to Montana, Wyoming, Idaho, and Washington state. The first case in the U.S. was reported in Ohio, in 2018, but most of the East, South, and Midwest haven’t reported cases—Yet.

Though the disease doesn’t affect people or other animal species, the virus is highly contagious among rabbits and almost always fatal.

A rabbit can develop the disease by having contact with an ill rabbit or its excretions, or with an item that has touched. RHDV2 can also survive in the environment. The virus can seriously impact wild and domestic rabbits and hares wherever found. Anyone who keeps or handles rabbits should take precautions to prevent spreading the virus. Authorities recommend hunters wear gloves when field-dressing rabbits and hares, bury any remains on-site at a depth of at least two feet to prevent scavenging animals from digging them up, and wash their hands thoroughly when finished. Regularly cleaning and disinfecting all items and surfaces a rabbit has touched or used is wise. Bleach is effective against the virus.

Falconers should avoid flying birds in areas with known RHDV2 outbreaks, prevent birds from consuming dead or diseased rabbits or hares, and sanitize gear between outings. It is recommended that no pieces or parts of rabbits or hares be transported between states.

Meat from healthy rabbits and hares is safe to consume when cooked properly. RHDV2 is not known to affect humans, livestock, or pets.