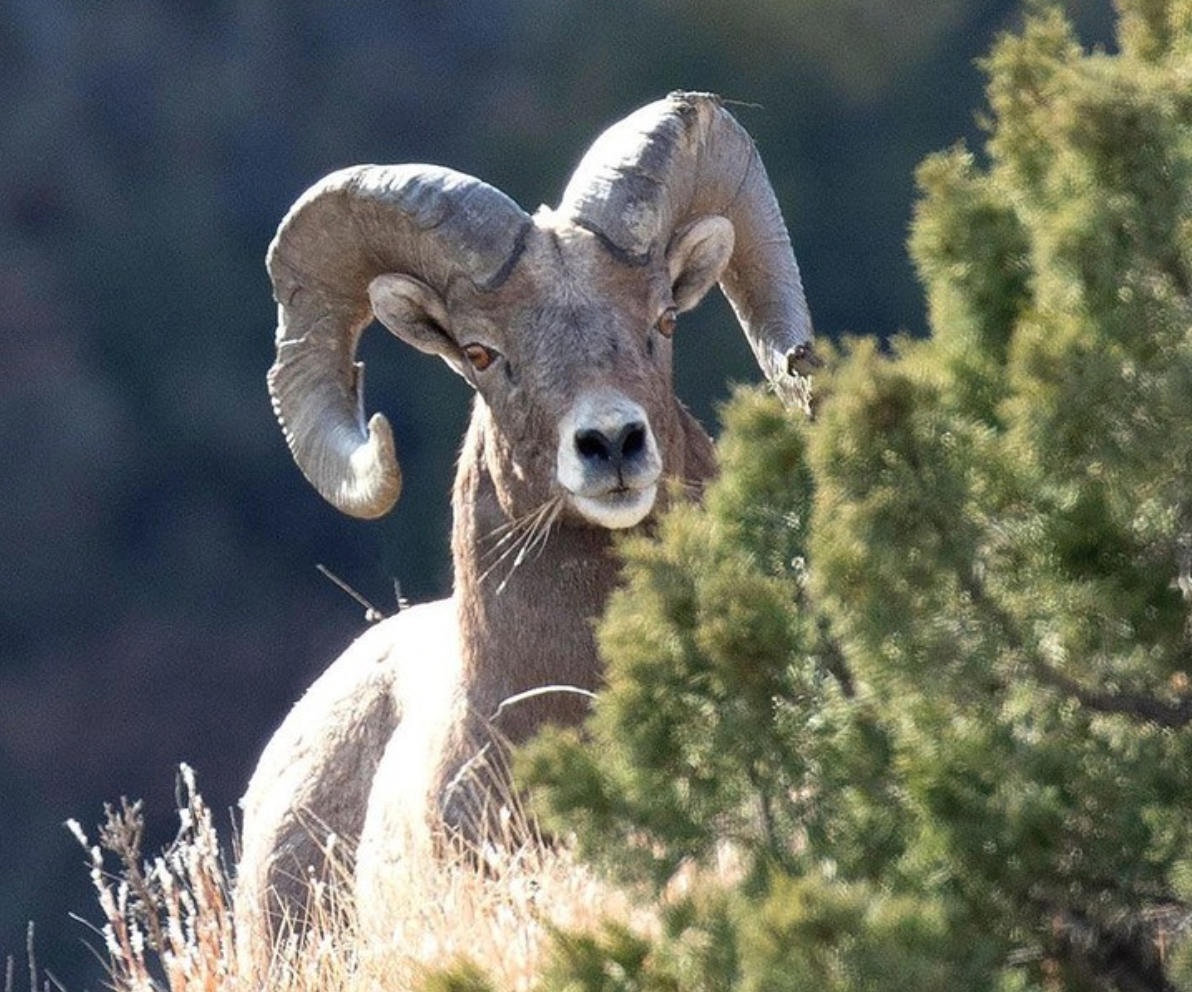 There are now an estimated 450 bighorns in North Dakota. North Dakota Game and Fish Department
SHARE

The North Dakota Game and Fish Department just released the results from its 2021 survey of bighorn sheep populations. The survey revealed 335 individuals in western North Dakota, and the agency says the statewide population has reached record-high levels for the second year in a row.

According to NDGFD, surveys have shown a steadily increasing sheep population for the last four years. The 2021 population was 4% larger than it was in 2020, and the new record is estimated to be 15% above the five-year average.

“We were encouraged to see the count of adult rams increase to near-record levels, and adult ewes were at record numbers,” said NDGFD big-game biologist Brett Wiedmann. “Most encouraging was a record lamb count corresponding with a record recruitment rate.”

Bighorns are the rarest big-game species in North Dakota, and they were first officially recorded along the Yellowstone River by explorers on the Lewis and Clark expedition in 1808. By the end of the century, however, the sheep were extirpated from the state, with the last recorded individual hunted in 1905 along the Little Missouri River.

The species wasn’t reintroduced until 1956, when the state brought in a small population from British Columbia. Their populations have risen and fallen since then, and in the 90s, they were decimated by bighorn sheep pneumonia, a disease caused by various pathogens found in bighorns throughout the country.

NGDF Wildlife Veterinarian Dr. Charlie Branson said the prevalence of the pathogen seemed to be decreasing during the count, but wildlife officials did witness several bighorns coughing throughout the survey. These observations are concerning, as they show that the population hasn’t completely rid itself of the deadly pathogen.

In addition to the NDGF-managed populations, the state recently introduced a small population of bighorns to the Fort Berthold Reservation, which is now managed by the Three Affiliated Tribes Fish and Wildlife Division. The Fort Berthold population has nearly doubled in the past two years, which is an “exceptional” growth rate according to the agency.

Wiedmann is hoping this record-setting trend continues, and the agency’s ultimate goal is for the population to reach a benchmark of 500 bighorns in the state—an achievement that would have seemed impossible only a few years ago. The state has tentatively scheduled a bighorn sheep hunt for 2022, and officials will make a formal decision regarding the status of the hunt on Sept. 1 following the summer population survey.