Could North Dakota’s 30 Inches of “Duck Snow” Save Your Duck Season? 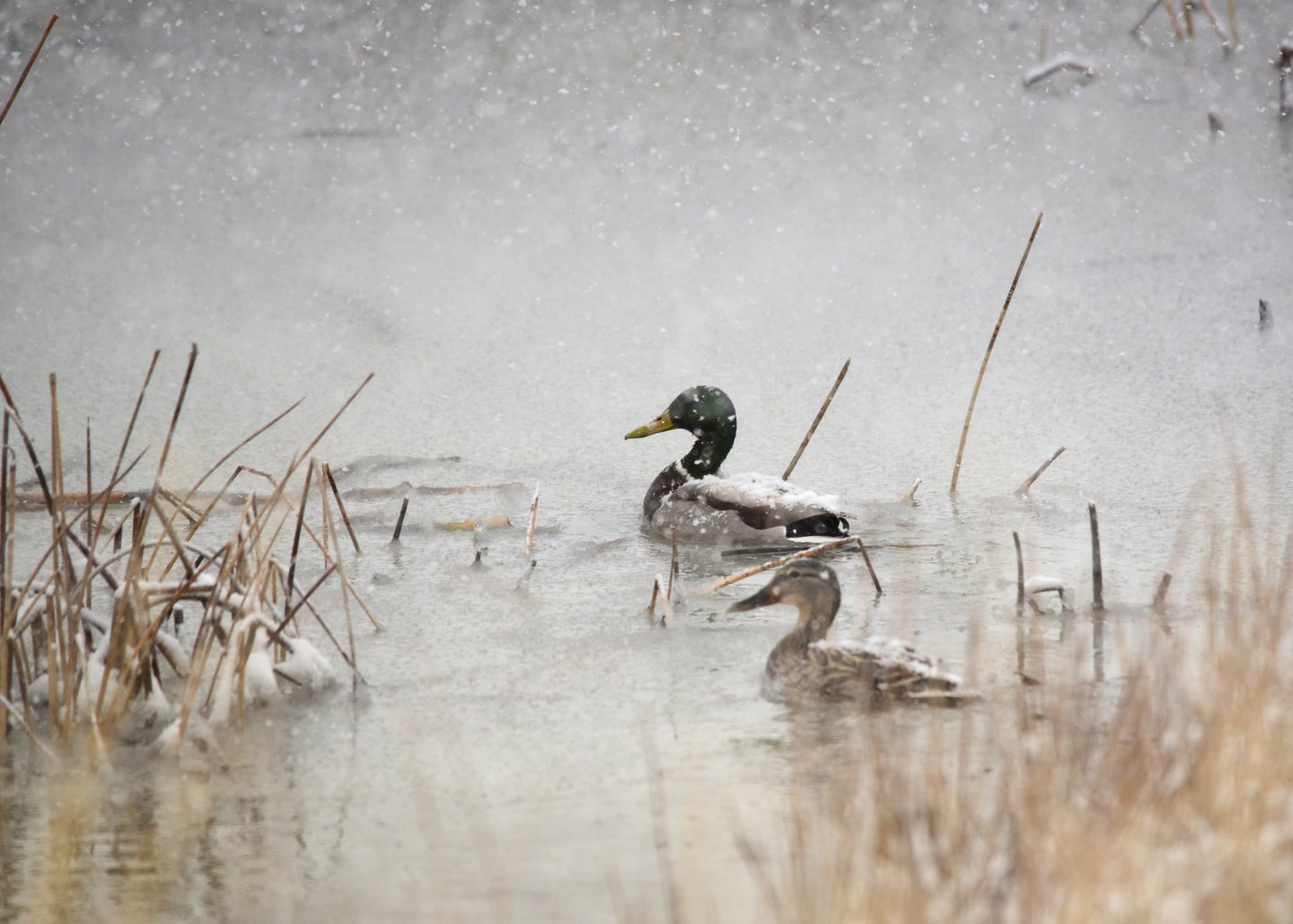 A major snowstorm on the Northern Plains could bode well for waterfowl populations in the region. USFWS
SHARE

A record winter snowstorm barreled through the northern plains of North Dakota this week. The storm, which dumped as much as three feet of snow in some locations across the state, shut down local travel and caused residents to shelter indoors for most of the week. But this blizzard may just be the miracle that North America’s waterfowl needed, as it could help alleviate the prolonged drought that has plagued the Prairie Pothole Region over the past few years.

North Dakota saw lots of rain this fall, according to Delta Waterfowl’s chief policy officer John Devney, and he called this week’s blizzard a perfect storm of “duck snow.” “Duck snow” is what he calls the wet and heavy snow that occurs around freezing temperatures. Its increased moisture content means the snow is more likely to cause runoff, filling in the potholes and ponds that makes the Prairie Pothole Region so important for waterfowl populations.

“The situation we found ourselves in last year was pretty dire,” says Delta Waterfowl’s chief policy officer John Devney. “We were dry across the whole of the prairies … [so] we will take every snow we can get. But when you get this heavy, wet, late-spring duck snow, it’s even more beneficial.”

There are three major issues with these dry seasons: fewer ducks nesting in the prairies, lower re-nesting rates, and low duckling survival.  “These three things that mean the most to making baby ducks—all of them were out of whack,” says Devney.

These problems were highlighted by the North Dakota Game and Fish Department’s July survey, which indicated that the number of broods dropped 49 percent from 2020, putting it 23 percent below the 55-year average.

“Conditions are not good statewide and, after a high count in 2020, the decline in wetlands counted represented the largest one-year percentage-based decline in the 74-year history of the survey,” said NDGFD migratory game bird management supervisor Mike Szymanski in a press release announcing the survey results. It’s a little early to tell the outcomes of this storm, says Szymanski, but it’s a good start towards alleviating the current drought in North Dakota.

Next month, the effects of this storm and other weather events will become evident when NDGFD conducts its annual breeding survey. The U.S. Fish and Wildlife Service also plans to continue its annual surveys of the entire Prairie Pothole Region this year. This duck count, which includes Canada, is returning after a two-year hiatus due to COVID travel restrictions.

Read Next: Are Duck Hunters Really Losing 1 in 5 Birds? Here’s How We Can Do Better

The hope is that the storm, which has brought a record amount of snowfall to North Dakota and the Northern Plains region, will also improve habitat and bring a renewed sense of optimism for the future of waterfowl in the nation’s Duck Factory.