Poaching has dwindled black rhino populations to historic lows on the continent. A new financial investment formula is trying to change that 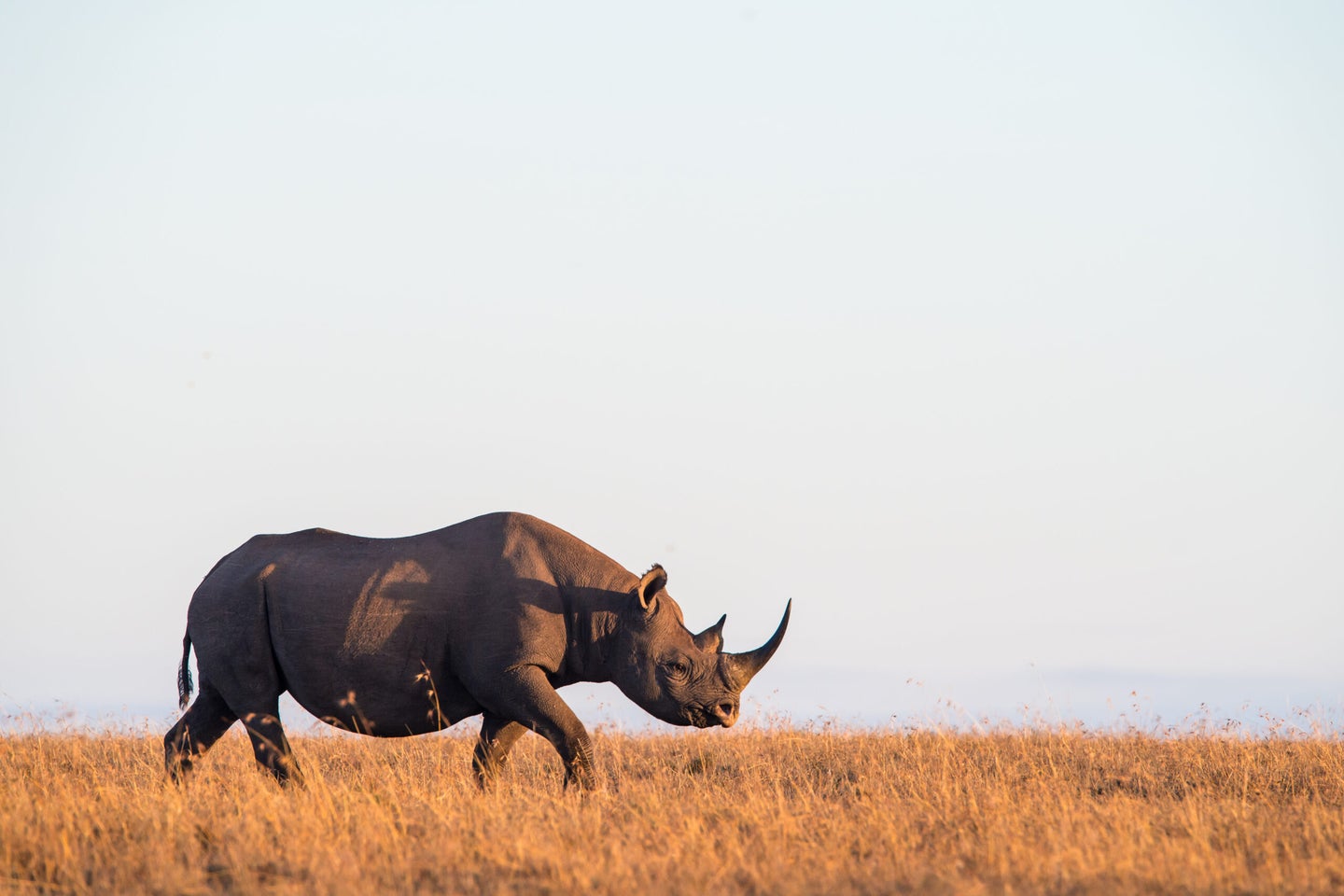 Known as the "Rhino Bond," this new investment in conservation could help save the species. Jonas Stenqvist / Getty Images
SHARE

Profiting from the sustained growth of an endangered animal species has been a foreign concept—until now. On March 31, investment in World Bank’s first ever $150 million wildlife bond will be finalized, according to Bloomberg. Known as the “Rhino Bond,” payouts from the five-year bond are determined by the rate of black rhino growth on two reserves in South Africa, Aldo Elephant National Park, and Great Fish River Nature Reserve.

“The Wildlife Conservation Bond is a first-of-its-kind, outcome-based, financial instrument that channels investments to achieve conservation outcomes—measured in this case by an increase in black rhino populations,” the World Bank said in the statement.

Black rhino populations were around 65,000 in the 1970s but have fallen to 2,600 today. Much of the loss is tied to illegal poaching. The coveted powder from rhino horns is shipped to Vietnam and China, where it is thought to cure cancer and increase virility. If this program is a success, it could help protect black rhinos in Kenya as well. Other species such as lions, tigers, gorillas, and orangutans could also be protected. Black rhinos inhabit three other African countries and weigh up to 1.4 tons. They are much smaller than the white rhino, which has a population of around 18,000.

Buyers of the bond, which includes asset management companies and individuals, must invest a minimum of $100,000. The bond issuer will make payments to help conserve the rhino populations. Buyers receive payouts from a grant funded by the Global Environmental Facility based on the growth of the rhinos on the two reserves in South Africa. A max payout would require a yearly population growth rate of 4 percent. The number of rhinos on both preserves has not been released due to safety concerns.

The preserves will receive $10.4 million in funding to help restore black rhinos. The rest of the money goes to social and green energy projects in other countries as determined by World Bank.

Read Next: Why Hunting Africa Has Nothing To Do With Trophy Hunting

“The pay-for-success financial structure protects an endangered species and strengthens South Africa’s conservation efforts by leveraging the World Bank’s infrastructure and track record in capital markets,” David Malpass, World Bank president, said in the statement. “It can be replicated and scaled to channel more private capital for other conservation and climate actions and development objectives around the world.”