Among waterfowlers, shooting a bird sporting one of these aluminum tags is the angler’s equivalent of landing a 10-pound bass.... 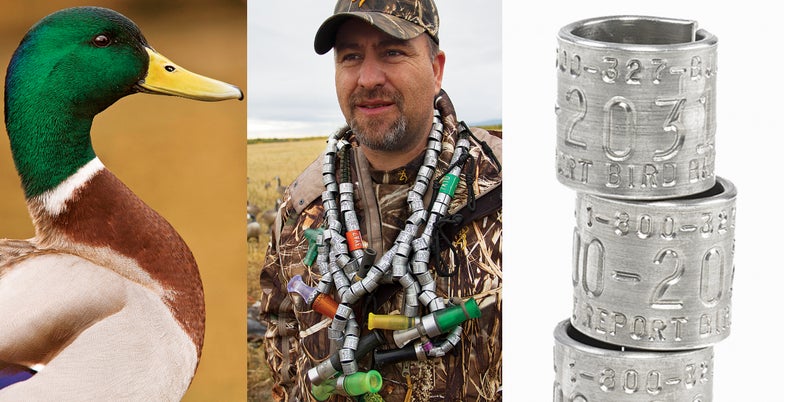 Among waterfowlers, shooting a bird sporting one of these aluminum tags is the angler’s equivalent of landing a 10-pound bass. Leg bands reveal a bird’s age, origin, and migration. Here’s everything you never knew about them.

1803
Year of the first bandings in North America. John James Audubon tied silver cords to a brood of phoebes.

70 Million
Number of banding records currently on file with the Bird Banding Laboratory (BBL). Most data spans the 1960s to the present, but files go as far back as 1914.

1595
Year of the first-ever recorded banding. Just 24 hours after it got lost while pursuing a hawk, one of Henry IV of France’s banded peregrine falcons turned up 1,350 miles away.

The MALLARD is the most commonly banded—and harvested—bird in North America.

80,000
Estimated miles flown by a pintail between 1940 and 1954. The bird was banded in northern Alberta and killed near Tabasco, Mexico.

80%
Most banded waterfowl shot by hunters are reported to the BBL. The unreported 20 percent deprive biologists of valuable info. Call in those bands!

33 years and 3 months
The youngest possible age of the oldest-known waterfowl—a Canada goose banded in Ohio and shot in Ontario.

90,000
Roughly the number of bands reported each year.