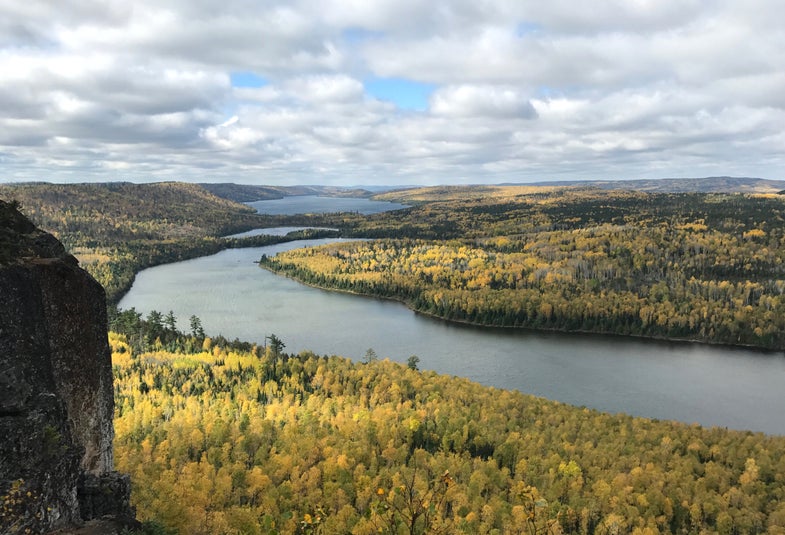 The U.S. Department of Agriculture canceled a 2-year study about the potential environmental effects of copper-nickel mining in Minnesota’s Superior National Forest last week, on the grounds that “the analysis did not reveal new scientific information.” This allows companies to again seek mining leases within approximately 365 square miles adjacent to the Boundary Waters Canoe Area Wilderness. These National Forest lands had been off-limits after the U.S. Forest Service and Bureau of Land Management refused to renew mineral leases in December 2016, citing conservation risks.

“We’re concerned about the impacts of copper nickel mining in sulfide deposits, because there is extensive research that shows that should impacts occur, it would be virtually impossible to mitigate those impacts,” a regional forester with the U.S. Forest Service told Minnesota Public Radio at the time.

The canceled study was investigating these concerns and whether a 20-year mining ban in the area was justifiable. Thursday’s announcement contradicts Agriculture Secretary Sonny Perdue’s earlier promise that “no decision will be made prior to the conclusion of that [study].” The USDA now refers to the environmental study as a “roadblock to mining exploration.” It did not release any portion of the incomplete analysis.

This is the latest setback for conservation groups in their ongoing battle to protect the BWCA from the risks of proposed copper-nickel mining within its watershed. The Rainy River Watershed covers a swath of northeastern Minnesota and southern Ontario that not only encompasses the BWCA and the Superior National Forest, but also Voyageurs National Park and the southern border of Quetico Provincial Park.

Although Minnesota’s Iron Range has traditionally been home to taconite mines, the proposed project by Twin Metals—a subsidiary of the Chilean-owned mining company Antofagasta—would be an underground copper-nickel mine, which has yet to be tried in the state. Opponents of this type of mining point to research demonstrating the likelihood of sulfuric acid and heavy metal pollution from these mines.

Twin Metals, which sued the federal government in response to the 2016 ban, welcomed the USDA announcement. The company is now free to apply for two types of leases: prospecting permits and preference rights leases. Using its existing prospecting permits and securing more will allow Twin Metals to resume drilling and taking core samples. Next it will move to turn those permits into preference rights leases, which would secure control over the minerals and public land it’s occupying until the lease (typically 20 years) concludes. Finally, Twin Metals will establish a mine plan and submit it for federal agencies to review. The outcome of that decision will determine whether the mine will proceed. In the meantime, conservation groups will continue to advocate on behalf of the BWCA Wilderness by challenging each lease in court.

“There is an established path for environmental review for all mine plans,” says Spencer Shaver, conservation policy director for Sportsmen for the Boundary Waters. “But if there is anything the last couple weeks have shown us it is that this administration is not concerned with substantive review based on science, facts or public opinion.”

Twin Metals reports its proposed mine would bring 650 full-time jobs and 1,300 spinoff jobs to residents of Ely, Babbit, and the surrounding area. Opponents contest this number, pointing to the projections cited by Twin Metals that only account for 427 direct and 918 indirect jobs.

Regardless of the exact number, both sides agree the mine would create some new jobs. But the most recent independent study found that protecting the BWCA would produce greater long-term economic benefit than the proposed Twin Metals mine, both in terms of jobs and personal income.

Any pollution spills from the mine would jeopardize the region’s existing outdoor recreation economy. The BWCA is the most-visited wilderness in the U.S., with some 250,000 annual visitors making the pilgrimage to paddle, camp, hunt, and fish its 1.1 million acres; Copper mining in the watershed could threaten some $288 million in visitor spending each year that supports 4,490 local jobs—not to mention minimums of $402 million in lost annual income and $344 million in lost property value.

What Sportsmen Need to Know About the Boundary Waters Mine

Meanwhile, this fall marks the 40th anniversary of the BWCA Act, which added acreage to the wilderness and established its adjacent Mining Protection Area. The Act was introduced to protect and manage fish and wildlife, maintain high water quality, and minimize “to the maximum extent possible” the environmental impacts associated with mineral development.

For more details on the conflict between mining and conservation interests, check out what sportsmen need to know about the Boundary Waters mine.