The Clothing That Helped Me Win Season 8 of “Alone” 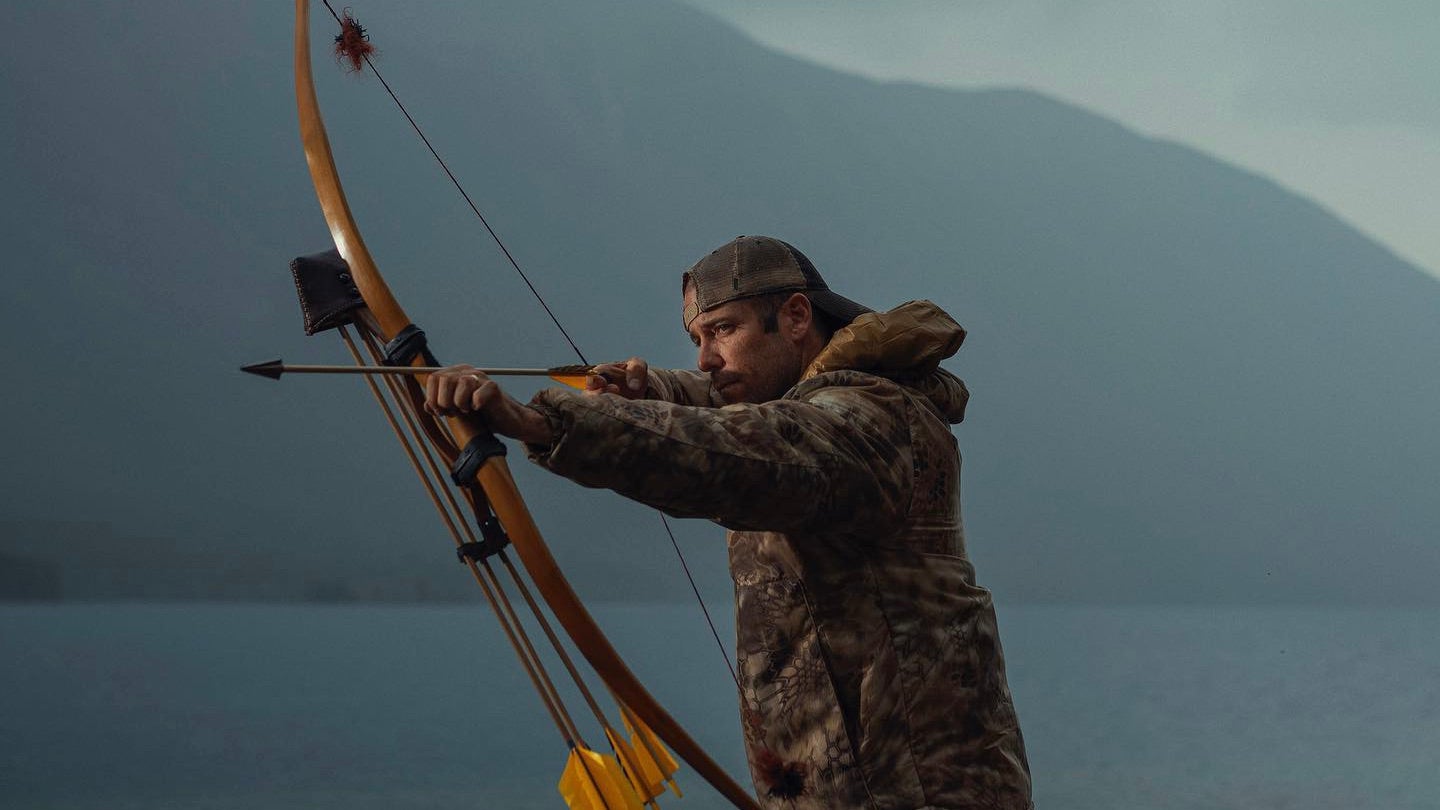 Time is the one thing that, above all else, will separate quality gear from the rest. Time in the field, time grinding out those long, soggy, wet climbs; time chasing critters through rugged country; time putting gear through the ultimate test of rain, snow, wind, and rough unforgiving country. As a wildlife biologist and backcountry hunter, I’ve invested more time than most letting the mountain sift the good gear from the bad. But, recently I had the opportunity to put all my gear choices to the ultimate test, spending months in Chilko Lake region of British Columbia and having to depend on them as a participant on the History Channel’s TV series “Alone.”

If you’re not familiar with it, here’s the basic concept. There are ten participants, and they each choose ten very basic “survival” items — things like a pot, ferro rod, sleeping bag, traditional bow and arrows, etc. These folks are dropped off alone in the middle of some remote wilderness with just those ten items, a case full of camera gear, and the clothing on their backs. They then have to self-document their journey surviving from only what they can hunt, forage, or catch, until they tap out or they’re the last one standing. I was lucky enough to get that opportunity and, although the competition was incredibly tough, I happened to be that last one, spending 74 days alone in the wilderness. That kind of time in the woods will make you pretty intimate with your gear. Here’s a breakdown of the clothing that survived 74 days in the wild and helped me win $500,000.

I had two pairs of First Lite wool tops and long underwear with me, and I literally lived in those things for 74 days. In fact, there was a cold snap towards the end of October when I put both pairs on, and never took them off again, until they told me I won at the end of November.

Merino is like a miracle fabric, and I’ve been a fan of merino wool since I started seriously hunting in the mountains and backcountry. Unlike any other fabric in the world, it has the ability to keep you warm in extreme cold, and cool when it’s hot. It also maintains its loft and insulating ability even when wet. Most important for the type of hunting I often do — close quarters, backcountry traditional bowhunting — it’s dead quiet and does not stink.

Merino’s quiet nature is critical for getting breath-holding close to big game, like the deer I arrowed on Episode 6. When you enter into that hypersensitive zone of awareness that all big game seem to have, there is no room for error. Any mistake or stroke of misfortune and the gig is up. Having clothing that doesn’t rustle, hiss, scrape, jingle, etc. is pretty damn important, especially if you’re trying to draw a bow for a shot.

What do I do about scent management? It’s something I’m often asked about, and the answer is I wear merino wool. That’s it. For the type extended backcountry hunts I do, taking a bath and washing clothes every day just isn’t practical. And when I was on “Alone,” it was impossible. Merino doesn’t allow the bacterial growth that causes odor. Even before going on “Alone,” I’d worn this stuff for weeks without a proper washing and it just doesn’t stink. There is no way a synthetic could stand up to that kind of continued use and not smell like butt.

I took a variety of socks with me, all wool but in varying weights. I took one pair of thin Darn Tough socks for early season, a couple mid-weight pairs from Vortex Wear, and a couple pairs of heavy bison wool socks from the Bison Wool Co. I’ve been a fan of wool socks, and wool in general, since moving west over a decade ago. Even if it’s a hundred degrees outside, I’ll be wearing wool socks which might sound strange to some. But wool won’t hold moisture like cotton socks, so they help keep your feet dry, which adds significantly to comfort. And as I mentioned earlier, it doesn’t stink, they clean up easily, and they don’t lose all their loft after wearing them all day or, in my case, for months.

I had two pairs of pants, both wool: one heavy and one light. For my lightweight pants, I chose the Obsidian pants from First Lite. These pants are not designed for busting through brush and down timber or the hardcore rigors of every day living in the wilderness. They can be a bit on the delicate side, which can give them a bad rap, but the way I figure, all gear is a trade off. I knew the pants were a bit delicate for what I was going to be doing with them and I could have gone with a more robust synthetic, but I’ve never found any that are as quiet as the merino. And with the type of hunting I do most, quiet is paramount. For those reasons, I’ve been a fan of the Obsidians for years and never questioned whether to take them or not.

For the heavy pair, I took an old pair of thick Woolrich pants I’ve had forever. They’re the dark grey ones with the red and green striped grid on them. You’re not going to win any fashion contests with those things, but man, they’re nice. With those, on top of one or two base layers, you can stay out in some pretty nasty weather.

I guess there’s some crossover between shirts and upper base layers, so I’ll just talk in a general sense here. I took one merino t-shirt, a quarter-zip merino hoodie, and a heavy merino Henley, all from First Lite. On top of that I had an old battered midweight Woolrich button up shirt a friend gave me at a bowhunting banquet years ago. Sometimes you just gotta go with what works, and I’ve had some good days in the field with that old plaid shirt. We were also allowed one pullover, and I ended up going with a Natural Gear hoodie in snow camo. I wore it some, but mostly just used it as part of my bedding. I’d already killed my deer by the time the snow came, and it never got cold enough to need that as well as all my other layers.

For my heavy winter coat, I went with the Lost Park Parka from Kifaru. It was definitely warm enough for the conditions I faced on Chilko Lake, even into late November with high winds and single digits. It’s tough, well made, and not too heavy. The only downside I’ve found is that it’s a bit loud for close quarters bowhunting. But as far as an all-around good coat for cold weather, it’s very nice.

I knew there was a good possibility of a cold, rainy fall, so I decided to go with no-nonsense waterproof rain gear. The Helly Hansen Impertech coat is PVC, which is definitely not breathable. But so long as you’re not working up a sweat, it will keep you dry in the heaviest of downpours. I spent several long, drizzly late October days in that coat picking pine mushrooms. Normally I wouldn’t pick mushrooms in the rain, but I wasn’t sure how long they’d last and needed to get them while I could. Even though I spent all day, several days in a row out in freezing rain, I stayed dry and warm the whole time.

We were also allowed two pairs of boots, one light and one heavy. I went with the uninsulated Schnee’s Timberlines for the early season — they’re leather, lightweight, and sturdy. I put a lot of miles on them before setting out for BC. One feature I’ve noticed about them is the lace locks actually work — something that’s bafflingly rare. Before going out, I made sure to give them a good rubdown with boot grease.

For later in the season, I took a pair of Schnee’s Hunter II Pac boots. If you watch the show, you’ll notice the Arctic Muck boots are popular among “Alone” participants. I have no doubt they’re good boots, but they’ve got no liner. I needed a late-season boot with a removable insert that I could dry at night by the fire. In the late season, a little dampness in your boots is a bad thing. We had several days of single-digit temps and those boots, with my heavy BWC socks kept my feet nice and warm. Another thing that, believe it or not, helps keep the feet warm is gaiters. Most folks think of them as just a way to keep snow from going up your pant legs, but they also do a great job insulating the lower legs and keeping the blood warm as it travels to the feet. I wouldn’t be without a good pair on a late season hunt, and I chose the gaiters from First Lite.

I took three pairs of gloves and a pair of cold-weather mitts. One pair of thin merino glove liners, one leather work gloves, one pair of insulated rubber gloves like they use in the Alaska fish canneries, and a pair of black diamond mitts. The Showa Temres 282 blue rubber gloves were actually one of the best pieces of gear I had out there. They’re completely waterproof, fit well and kept my hands warm while doing anything from fishing to picking mushrooms, even when the weather was cold and wet.

Hats and Other Gear

I took two hats with me, a mid-weight merino stocking cap and my old 3Rivers Archery ball cap (they made me remove the logo before going into the field). The stocking cap is obvious for late-season heat retention. But it also comes in very handy for sleeping. Once it got cold, I wore that beanie to bed every night. Some might look at the ball cap as a wasted opportunity, but I think otherwise. To me, a ball cap is a multi-tool you wear on your head. In this one piece of clothing I’ve got a fly swatter, basket, hot pad, head covering and eyeshade, fly box, fan, and probably a bunch of other stuff I haven’t thought of yet! I also took two merino neck gaiters that I used for their intended purpose and as a foraging bag on several occasions.

For me, the choice to take what I mentioned above was easy. I’ve been hunting in the mountains of Idaho for over a decade — both early and late season — and in every kind of weather the mountains can throw at you. Those choices were informed by years of testing and refining the gear for my backcountry hunts. Everything performed well and, even after spending two and a half months literally living in that gear while scraping a living from the wilderness, I wouldn’t change a thing. I was happy with everything I took.