Gun News of the Week: Reciprocity Could Get Boost from Allen Testimony 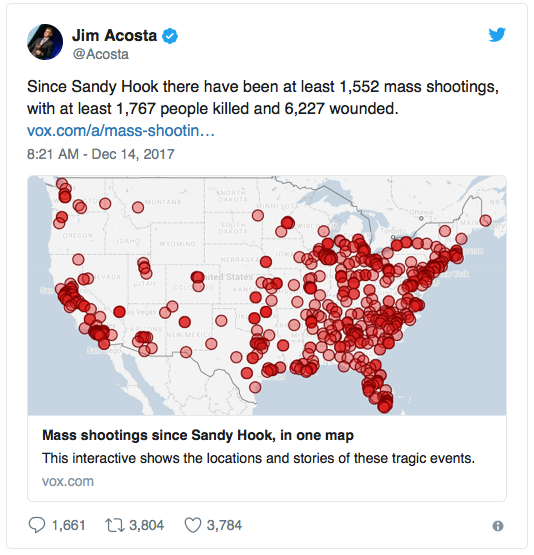 Reciprocity Could Get Boost From Shaneen Allen Testimony

The Senate returns from its Christmas break on Jan. 3 and the House convenes on Jan. 8. Congress will have much to occupy its time in early 2018 with the federal government set to run out of money on Jan. 19 and with the 2017 tax-break bill reducing future revenues to a point where trimming expenses through “welfare reform” will be a pressing necessity.

But, hopefully, sometime soon, the Senate will get around to SB 446, The Constitutional Concealed Carry Reciprocity Act of 2017. The House passed its version of the bill, HR 38, The Concealed Carry Reciprocity Act of 2017, on Dec. 6 in a 231-198 vote. Prospects in the Senate, however, are problematic, especially with the addition of newly-seated Democrat Sen. Doug Jones of Alabama narrowing the Republican majority to just 51-49.

Proponents hope incorporating reciprocity with SB 2135, The Fix NICS Act, aimed at fixing the National Instant Criminal Background Check System, could induce fence-sitters to approve one with the other.

Another boost could come from personal testimony from Shaneen Allen, a phlebotomist with a Pennsylvania-issued concealed carry permit who spent 48 days in jail in 2013 because she told police officers she had a licensed handgun in her car when she was pulled over in New Jersey. The mother of two was eventually pardoned by Gov. Chris Christie.

Allen has volunteered to testify before the Senate in support of the bill. It could be helpful, proponents hope.

“When you see the system go wrong in the life of a real person it becomes more compelling,” New Jersey Republican Rep. Tom MacArthur told Michael Catalini of the Associated Press. “The woman did nothing wrong and yet her family was thrown into real chaos.”

Allen’s experience convinced her to leave the Democrat party and join the GOP. But, as she told Catalini, her loyalty is contingent on Republicans remembering to “put their money where their mouth was.”

— Pardoned By Christie, Woman Pushes For Change To US Gun Laws

— Why Black People Own Guns

— Rich Cowles: Five years after Sandy Hook, Congress still ignores evidence of a better way — and the will of The People

BEST OF THE WORST

OL expends a lot of digital ink exposing the gun control lobby’s dog-and-pony-show rhetoric concocted to frighten the TV-educated with no real firearm knowledge into believing that they are doing something about violence by criminals and lunatics by attacking the nation’s nearly 100 million law-abiding gun owners.

It doesn’t make sense, but it doesn’t have to — the pitch is emotional, which is why it is such a crass, low-down dirty rotten lie.

Sadly, these frauds have unwitted allies in the news industry, not necessarily because they are liars but because, like much of their viewing audience and many of their readers, when it comes to firearms, they don’t know what they are talking about. Rather than know, sadly, they’d rather believe. Therefore, they are easily bamboozled by passionate zealots.

This is how such nonsensical terms as “assault weapons” get encoded in the conversation to a point where the conversation makes no sense, yet it doesn’t matter because it is all about doing something.

It gets exhausting charging these windmills week-by-week, galloping against the manipulated, mighty winds of double-o stoopid. Fortunately, Emily Miller, an award-winning journalist and the author of “Emily Gets Her Gun,” did a great job of doing just that in documenting what she identifies as the “five worst ‘Fake News’ reports on guns in 2017” in The Daily Signal on Dec. 28:

2. CNN: Senior White House Correspondent Jim Acosta on Dec. 14 tweets wildly inaccurate and hysterical mass shooting statistics as fact without any attempt to verify them, proving again — and again and again and again — that TV talking head celebrities are not journalists.

Acosta cited an article in Vox that, as Miller notes, if afforded a cursory review would reveal data “riddled with errors. It takes statistics from a group called ‘Gun Violence Archive,’ which makes up out of whole cloth the definition of ‘mass shooting’ to include people who are shot, but not killed. The group includes ‘news reports’ for media sources instead of citing law enforcement agencies.”

3. NBC News: A Dec. 15 story by Adam Edelman on nbcnews.com fails to meet the fundamental standards of Introduction To Journalism 101, which require reporters to speak to sources on both sides of an issue to, at least, pretend the article is newsworthy.

Not so in this brilliant foray into fallacy, which is based on the contrived myth that poor, beleaguered gun control groups cannot win their good fight against the bankrolled boogieman, the evil NRA.

“It leaves out that those groups receive tens of millions of dollars from billionaire former New York City Mayor Michael Bloomberg, while the NRA is funded by its grassroots members,” Miller writes.

According to OpenSecrets.com, the NRA spent $52 million on local, state and federal campaigns in 2016 while Bloomberg shelled out $72 million.

Mr. Edelman — like so many other “journalists” today — should revisit the fundamentals and look up these things called facts. If that doesn’t work, make a phone call or two. Ask around. Reporters did that, once upon a time.

“That’s true, but not the whole story,” Miller writes. “The ban expired because Congress determined it was not effective in decreasing the number of homicides by rifle. The reader is left with the false impression that lack of a gun ban was directly responsible for the horrific church shooting.”

The Economist’s data team report uses data from “Mother Jones, press reports” and not from the FBI which, Miller writes, “would illuminate readers about the issue of gun violence. The most recent statistics available are from 2016. The FBI data show that there were 11,004 homicides by firearm. Of those, only 374 were by rifles of any kind.”

So, the fact that an Associated Press reporter made a mistake in writing in a Dec. 14 article that a 40mm pistol was found at the scene of a Kentucky lawmaker’s suicide is not disturbing. The fact that an AP copy editor and an AP editor and others read the copy and didn’t catch the mistake is.

Miller explains why: “Almost every media outlet in the country — TV, print, and online — pays the Associated Press to use its wire service to supplement or replace its own reporting. This means AP has an outsized impact on news reports because its work appears in everything from local newspapers to network news,” she writes.

Miller said she tweeted to AP, suggesting it correct the description to a .40 caliber pistol, which it did. “Meanwhile,” she writes, “the more educated public tweeted to me that ‘40mm’ is the size of a cannon or a grenade launcher.”

It’s all fun and games picking on journalists for their mistakes, which are made in public for all to see and, often, live on in print forever. But when there is a pattern in mistakes regarding the specifics of firearms and firearms-related legislation, regulation and Constitutional law, it’s not a joke — it’s an attack.

“Many of these mistakes would be funny if they weren’t rooted in ideological narrowness,” Miller writes. “They show how the mainstream media deliberately attempts to confuse the public in order to build support for more gun control laws.”

The Detroit News reported on Dec. 26 that the Michigan Supreme Court will hear oral arguments in early 2018 in its review of a 2016 appellate court ruling that public schools can ban guns from their premises.

According to The Detroit News, Ann Arbor Public Schools banned all guns on school property in 2015 after parent Ulysses Wong openly carried a firearm into a high school music concert.

“Regardless of how you feel about the issue, a local school board does not have more authority than the state Legislature, period,” Jim Makowski, an attorney for the gun rights group, told The Detroit News. “State law totally regulates the field of firearms.”

— Michigan high court to hear arguments on guns in schools

— St Louis Gun Buyback Gets Hundreds Of Firearms Off The Street

A federal judge ruled on Dec. 21 that one less-than-24-hour involuntary commitment to a mental hospital is not enough to bar a person from owning firearms for life under federal law.

U.S. District Judge Kim R. Gibson of the Western District of Pennsylvania’s ruling upheld Alton Franklin’s lawsuit against the federal government that claimed he was unconstitutionally stripped of his right to bear arms because of a brief hospitalization for “acute psychosis.”

In 2002, Franklin appeared at a police station in Pennsylvania “needing to talk to someone” with 20 lacerations on his arms. He was involuntarily admitted to a mental health facility for up to 120 hours, but only remained hospitalized for less than 24 hours before he was released.

He has had no further mental health issues and has since completed a bachelor’s degree, earning a paralegal certification and working as a corrections officer in Kentucky. In 2013, however, he learned he was a prohibited firearms possessor in the FBI’s National Instant Criminal Background Check System and could not legally own a firearm.

Franklin successfully challenged the Pennsylvania record in a county court in 2015 and a judge ordered his firearms rights under state law restored. The ATF, however, determined Franklin was still prohibited from possessing firearms under the federal law and continued to deny him from legally owning a firearm. Gibson’s Dec. 21 ruling dismissed the ATF’s prohibition, noting Franklin was never “adjudicated as a mental defective” or “committed to a mental institution” as it defined by federal law.

Attorney Joshua Prince, who represented Franklin, told The Legal Intelligencer that the ruling is a “monumental decision” that addresses the constitutionality of stripping a citizen of a fundamental individual right without due process.

The ruling “now sets the foundation for challenging Pennsylvania’s state prohibition on those very grounds,” Prince told The Legal Intelligencer.