Gun News of the Week: ATF Says “Assault Rifle” is a Bogus Term 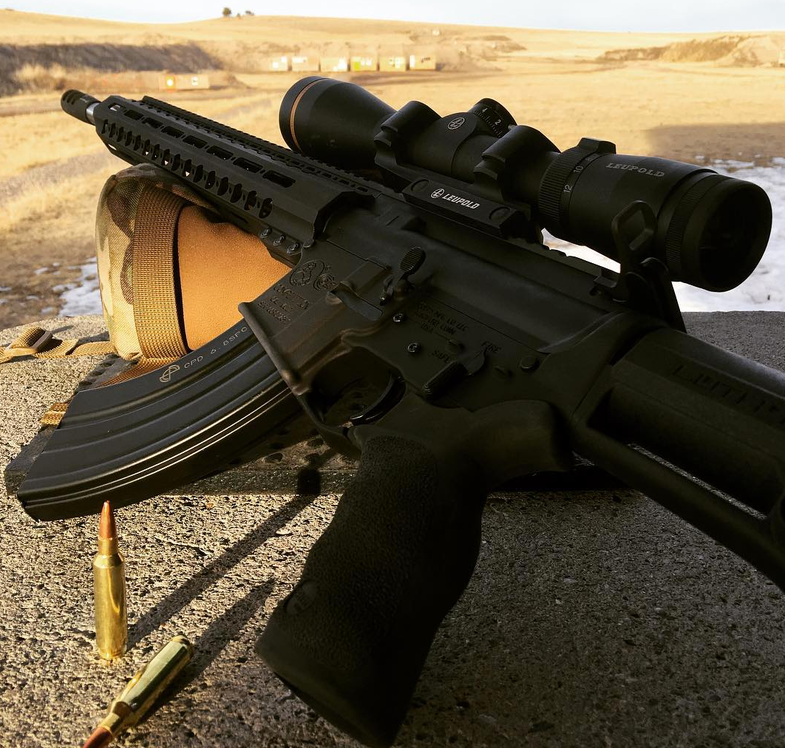 A Bureau of Alcohol Tobacco Firearms and Explosives (ATF) “white paper” correctly identifies “assault weapons” as a politically contrived term with no real meaning and recommends dramatic federal law revisions in how they are regulated.

Authored by ATF second-in-command Ronald Turk, the “white paper” also supports the proposed “Hearing Protection Act,” which would eliminate firearm suppressor regulations that costs the agency more than $1 million a year in overtime pay and occupy the time of 30 full-time employees despite a “lack of criminality.”

Turk’s “white paper” says the agency is interested in reforms that “promote commerce and defend the Second Amendment without significant negative impact on ATF’s mission to fight violent firearms crime and regulate the firearms industry.”

Turk wrote that the misleading “assault weapons” term to describe AK-and-AR-style rifles should be replaced with a “modern sporting rifles,” to reflect how the use and popularity of these firearms has grown. In fact, he noted, their use in “sport shooting” has grown “exponentially” and such guns “are now standard for hunting activities.”

The ATF official also argued in favor of changes in policy for the import of WWII-era military weapons, such as M1 Garand rifles.

Turk said the agency should support H.R.367, The Hearing Protection Act of 2017, which is co-sponsored by Rep.. Jeff Duncan (R-SC) and John Carter (R-Texas) and has been submitted to the House Subcommittee on Crime, Terrorism, Homeland Security, and Investigations.

“In the past several years, opinions about silencers have changed across the United States. Their use to reduce noise at shooting ranges and applications within the sporting and hunting industry are now well recognized. At present, 42 states generally allow silencers to be used for sporting purposes. The wide acceptance of silencers and corresponding changes in state laws have created substantial demand across the country. This surge in demand has caused ATF to have a significant backlog on silencer applications. ATF’s processing time is now approximately eight months,” Turk writes.

Alaska to FWS: We’ll Manage Our Own Wildlife

The U.S. House of Representatives on Feb. 14 is expected to vote on a proposal to permanently revoke a regulation that requires federal wildlife and habitat management priories automatically supersede state game management plans.

The Alaska-specific wildlife regulation has evoked a clear disagreement between many in the state over how to manage predators such as wolves and bears. Members of Alaska’s congressional delegation have attempted to pass legislation to block the rules in the past but have been thwarted mainly by the limited amount of legislation that made it out of Congress last year.

In a Feb. 7 press release, Young said his proposal would “fundamentally alter not only how national wildlife refuges and the fish, wildlife, and habitats on them will be managed” but also the relationship between state and federal actors.

“There’s no question, the Fish and Wildlife Service rule – which lays claim to more than 20 percent of our state – violates ANILCA and the Alaska Statehood Compact,” Young said. “Not only does this action undermine Alaska’s ability to manage fish and wildlife upon refuge lands, it fundamentally destroys a cooperative relationship between Alaska and the federal government.”

Alaska filed a lawsuit on Jan. 13 challenging the authority of the National Park Service and the U.S. Fish & Wildlife Service to ban certain practices. Among the methods park service officials banned on federal land:

In addition, Fish and Wildlife this summer imposed strict limits on predator control to its 77 million acres of national refuge land in Alaska, prohibiting:

North Carolina could be 12th state to adopt ‘Constitutional Carry’

Rep. Larry Pittman (R-Cabarrus County) has introduced House Bill 69, the Constitutional Carry Act, to eliminate the need for concealed-carry permits for North Carolinians who carry handguns. If adopted, any U.S. citizen 18 years or older would be able to carry a concealed handgun, unless that individual is otherwise disallowed by state or federal law.

“A gun is a tool,” Pittman told the Associated Press. “It is only as good or bad as the intentions of the person carrying it. Concealed or open carry makes no difference, except that if we can carry concealed, criminals and terrorists have no idea which lawful citizens just might fight back. The government should not interfere with our freedom to do so.”

Pittman, who submitted a similar bill last year that got no traction, said the 2017 version has been changed to gain more support in the General Assembly. His plan would leave the concealed carry permit process in place for anyone who needs a permit while traveling in other states.

Pittman says his 2016 proposal faced greater odds because it would have requirement an amendment to the State Constitution. “This year, I have taken that part out of the bill,” he told the AP. “Another difference is that we are changing the language about not being able to carry concealed if you have an ‘other than honorable discharge’ from the military to if you have a ‘dishonorable discharge.’ I seem to remember that a few years ago, I tried to make a change about other weapons. This version only deals with firearms,” he said.

— Joseph Morgan: Arizona varmint bill goes to heart of how we view liberty

A King County Superior Court has dismissed a lawsuit by the Second Amendment Foundation (SAF) claiming that the city of Seattle’s decision to withhold data on how much money it collects from taxes and fees on gun and ammunition sales violates the state’s Public Records Act (PRA).

Last year, attorneys representing the SAF, its news publication, TheGunMag.com, and TheGunMag.com editor Dave Workman filed a lawsuit alleging the city was not complying with the PRA after it sought information from the city about its first quarter revenues from a controversial “gun violence tax” levied on the sale of firearms and ammunition in Seattle.

According to the suit, the city had refused to turn over the information on the grounds that it would violate the privacy of individual gun dealers by revealing the taxes they paid under the ordinance. And that concern was cited again last week when the suit was dismissed.

SAF founder and Executive Vice President Alan M. Gottlieb said when the city first imposed its “gun violence tax” of $25 per gun and 2 to 5 cents per round of ammunition, proponents said it would generate between $300,000 and $500,000 annually. All the SAF and other groups want, he said, is for the city to reveal how much money these levies are actually producing, noting their refusal to do so “puts the credibility of their initial revenue forecast in serious doubt.”

SAF is also involved in a separate lawsuit against the gun tax that is joined by the National Rifle Association and National Shooting Sports Foundation, along with two gun stores.

Workman said the matter is a First Amendment issue. “Seattle taxpayers and the firearms retailers who are directly affected by this tax have a right to know if the city projections were accurate or way off base,” he said in December. “We’ve never been interested in which retailer paid how much. We just want the public to know the tax revenue total, because the public has a right to this information.”

Seattle officials praised last week’s ruling. “We were pleased with the court’s decision today,” Assistant City Attorney Kent Meyer told CGMI News. The judge “denied the plaintiff’s motion for summary judgement, and that’s what we asked her to do.”

Workman’s attorney, David Edwards said all the SAF wants is information that should be public to be made public. “All (Workman) wants to know is how much Seattle has collected from this tax. Seattle won’t release that number.”