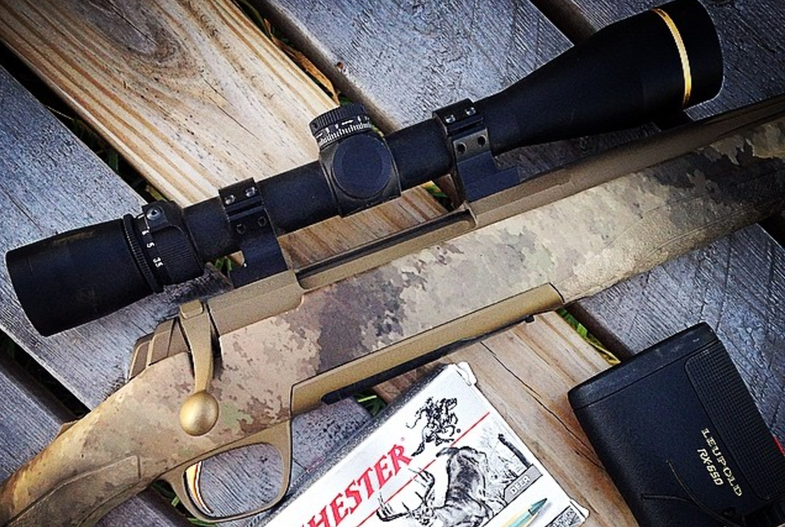 According to Bloomberg News, Guns Down America—joined by Color of Change, Newtown Action Alliance, and Pride Fund to End Gun Violence—called on supporters to “tell FedEx: stop supporting the NRA” in an online campaign and, on Dec. 21, staged protests at FedEx retail stores in Denver, Atlanta, Memphis and Orlando

Guns Down America stated on its website: “While the NRA’s Washington lobbyists scheme to weaken gun laws and increase gun sales with scare tactics, they ignore the will of their own members, who overwhelmingly support stricter gun laws. (FedEx) “was #58 on the Fortune 500 list of companies in 2015, with revenues exceeding $50 billion. They have enormous economic power in America, and they can send a clear message to the NRA: American businesses do not support your extremist agenda, and we won’t accept your blood money.”

— Senator to Trump: Do the ‘Unpredictable’ and Support Gun Control

SILLY IS AS SILLY DOES

A nest of bird brain knee-jerkers called Betsy Riot has targeted 768 guns rights advocates with childish but graphic “Christmas cards” that feature pictures of people who shot themselves.

According to Breitbart News, the “Christmas cards” varied from the hand-scrawled letter sent to Missouri Rep. Ron Hicks (R-St. Peters), which asked him to, “Please hurry up and go f**k yourself” to photos of self-inflicted gun shot victims from the U.S. National Library of Medicine National Institute of Health.

The Betsy Riot’s website tell the silly members to “respect the anonymity of others” — because they’re cowards — “to prank, to lambaste” and to cause “individual acts of gun culture sabotage or public disruption,” because they’re children and cowards. They have started several Twitter hashtags that specifically target gun rights groups and their message.

Among targets: Texas Rep. Jonathan Stickland (R-Bedford) and Dana Loesch, host of “Dana” on The Blaze and author of “Hands Off My Gun: Defeating the Plot to Disarm America.”

On Dec. 19, Stickland received a Christmas card with images of graph gun shot victims from Betsy Riot. “We just received this unmarked ‘Christmas Card’ to our home address. Thank God my young children did not open it first. What kind of sick liberal would send such a thing? Disgusting,” Stickland told the Associated Press.

Loesch, a Conservative commentator, received a similar card. She responded on Twitter and on Facebook, , “Why do I carry? Because gun control nuts are now harassing me and my family at my home address. My youngest son opened this.”

She’s not impressed or intimidated, noting using the mail to harass is a federal crime and she would pursue legal action against the senders of the Christmas cards.

— Here’s Why Gun Sales Could Slow Under President Trump

College campuses and day care centers are no longer free-fire zones in Ohio. Gov. John Kasich has signed the newly adopted ”campus carry” bill into law, among 17 bills he formally endorsed last week that go into effect on Jan. 1.

The bill makes it legal for concealed carry to public areas of airports (but not beyond security screening stations), in addition to colleges and day cares.

According to The Cleveland Plain Dealer, here’s how guns might be carried on campuses: “College boards of trustees would have to vote to allow concealed firearms; child care centers and in-home daycare would have to post a sign if firearms aren’t allowed. The law also allows active-duty military to carry concealed guns without a permit and prohibits employers from banning permit holders from bringing guns into company parking lots. It takes effect in 90 days.”

— Florida: Open-carry, campus gun bill may have easier road in Senate this year

— Some cities want to destroy seized weapons, even when they aren’t supposed to

— Only 1 private citizen can legally carry a stun gun in New Orleans, for now

A Virginia man is suing the state of Georgia to force it extend “reciprocity.” Robert Sadtler wants to take his firearm with him when he visits Georgia relatives but he cannot legally do so.

Sadtler’s suit seeks a ruling that will require Georgia to recognize gun carry permits issued to visiting Virginians, just as Virginia recognizes permits issued to Georgians who travel there. “I’m just looking to be treated as residents in other states are treated,” said Sadtler, of Richmond.

Sadtler’s suit, which is supported by GeorgiaCarry.org, is testing Georgia’s all-or-nothing stance. According to the Associated Press, Virginia’s law says no one under 21 may obtain a carry permit; Georgia has the same rule with one exception — honorably discharged military veterans who haven’t turned 21 yet, a very small group of people.

“Until recently, Virginia didn’t recognize Georgia licenses at all, Georgiacarry.org attorney John Monroe told Rhonda Cook of The Atlanta Journal-Constitution. “And now they recognize Georgia but not people under 21.”

Monroe told Cook that Georgiacarry.org did a survey of probate judges, who issue gun permits in Georgia, showed that about 100 Georgians younger than 21 have been issued permits to carry handguns because of their military service.

Reciprocity is a state-by-state issue even though that for several years, there have been attempts to pass a national reciprocity law. Pending U.S. House and Senate bills will die at the end of this session of Congress, but will be introduced in 2017 with the best chance it has had for passage since it was initially introduced years ago.