Every hunter and shooter has a favorite gun. It could be the family .30/30 that belonged to your grandfather. Or... 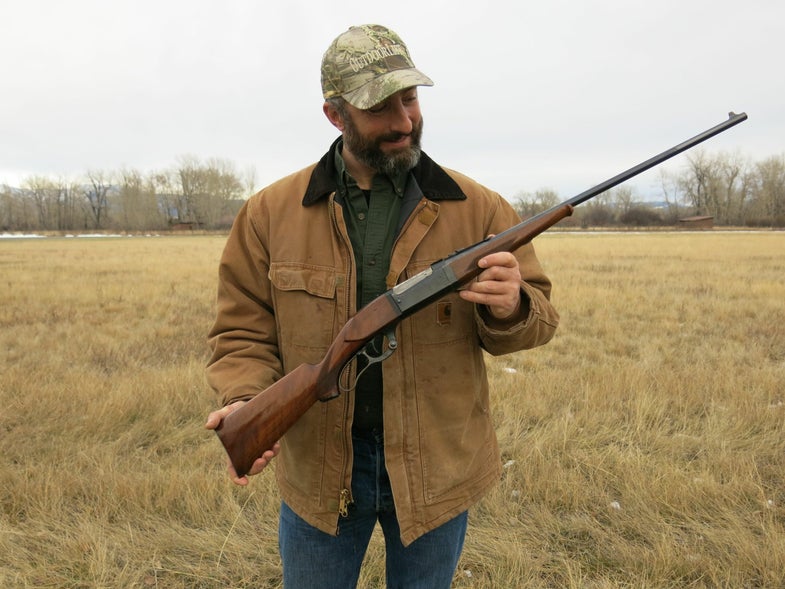 Every hunter and shooter has a favorite gun. It could be the family .30/30 that belonged to your grandfather. Or the 20-gauge A.H. Fox over and under you had been saving up for to hunt pheasants in style. Perhaps it is the ugly gray plastic pistol that you’ve carried on your hip for the last 15 years. Or the custom rifle that makes grapefruit-sized groups at 600 yards.

Allow me to share the story behind my favorite gun, the Savage 99 pictured here. That was a gift to me from my father-in-law who passed away a few years ago. His name was David E. Davis Jr., and you might have known him from his days as the editor of Car and Driver magazine and as the founding editor of Automobile magazine.

He was a true gentleman who had impeccable taste with respect to whiskey, women, bird dogs, and shotguns.

He was a great raconteur and was the kind of guy you wanted in deer camp when the weather was blowing horizontal and your spit would freeze before it hit the ground.

So, he gave me this rifle, a .300 Savage, which actually has a .410 gauge barrel as well, for my 40th birthday. He had owned the rifle for decades and it was originally given as a gift to him by one of his lifelong friends, Carroll Shelby, the great American racer and automotive designer, who was a serious hunter as well.

I don’t know how many deer the rifle has accounted for, but that isn’t why I cherish it. For me it is a reminder of times I spent with David discussing important topics: what makes for the perfect bird dog; how heartbreaking it is to read the Shelby Foote’s Civil War narrative; whether the Detroit Lions would ever appear in a Super Bowl; and which blind might produce an elusive shaggy-horned swamp buck. He was a great friend and every time I handle the rifle, he’s back with me.