Does the Second Amendment Give You the Right to Conceal Carry a Gun Outside Your Home? The Supreme Court Is Going to Decide 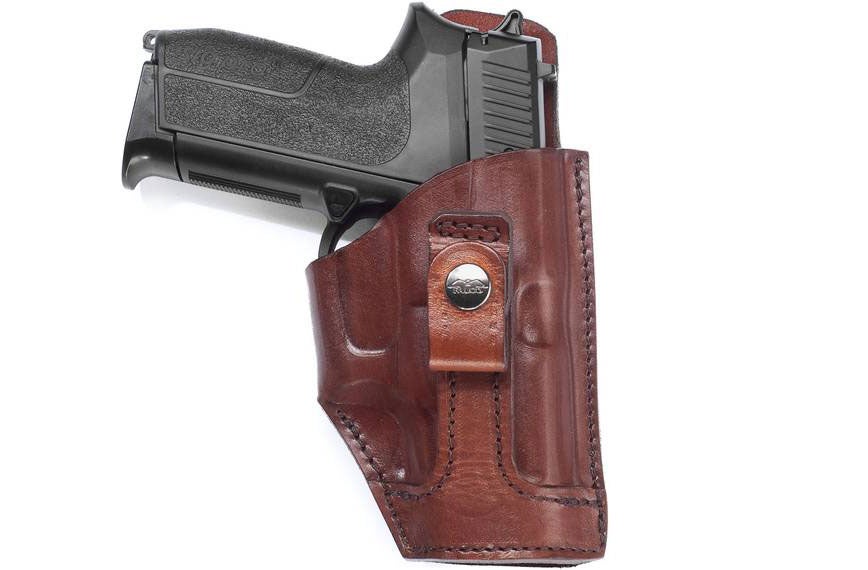 The Supreme Court will take on a major Second Amendment decision next session. Craft Holsters
SHARE

The Supreme Court of the United States (SCOTUS) announced this week that it will make a decision regarding the Second Amendment, concealed carry, and self-defense outside the home during its next nine-month session. This promises to be a landmark decision for gun owners.

The case in question, New York State Rifle & Pistol Association, Inc v. Corlett (NYSRPA v Corlett), originated when two New York men were denied concealed carry licenses. The plaintiffs claim in their petition for certiorari that New York law has made it “virtually impossible for the ordinary law-abiding citizen to obtain a license,” because of the state’s “proper cause” requirement.

The plaintiffs have petitioned SCOTUS to rule on “whether the Second Amendment allows the government to prohibit ordinary law-abiding citizens from carrying handguns outside the home for self-defense.” It is important to note that is not the exact question SCOTUS has agreed to hear. Instead, the court will be looking to determine “whether the state’s denial of petitioners’ applications for concealed-carry licenses for self-defense violated the Second Amendment.”

The resulting decision from the highest court in the land could mean big changes for gun owners and would-be concealed carriers nationwide, especially those who live in New York, California, and other states with strict licensing/permitting requirements.

It has been more than a decade since the Supreme Court handed down the landmark District of Columbia et al v. Heller decision in 2008. The plaintiffs in Heller contended Washington D.C.’s de facto ban on handguns for defense in the home was a violation of the Second Amendment. The district’s regulations required handguns to be unloaded and either locked away or disassembled when not in use.

While the Heller decision ultimately affirmed the right of citizens to own a firearm for self-defense in the home, it granted no protections for gun possession or for open or concealed carry outside the home, leaving a complex web of state carry laws firmly in place. In the following years, the court has famously, or infamously, avoided hearing Second Amendment-related cases.

Eight states place heavy requirements on citizens to obtain carry permits, which the state is under no obligation to grant (these are called may-issue states). Currently, 20 states allow residents who are legal gun owners to carry concealed with no licensing or permitting of any kind (constitutional carry states). The remaining majority of states require a carry permit or license of some kind, but are obligated to grant it unless the state can prove there is a reason not to (shall-issue states).

In the petition, the plaintiffs contend New York, a “may issue” state,  prohibits ordinary law-abiding citizens from carrying a handgun outside the home without a license, and that the state denies licenses to citizens who fail to convince the state they have “proper cause” to carry a firearm.

New York’s laws regarding the carrying of firearms date back to 1913 and place a burden on citizens to demonstrate what the law calls “proper cause” and a “special need for self-protection distinguishable from that of the general community” before they are allowed to obtain a concealed-carry handgun license. Basically, residents have to show that they have some special circumstance requiring them to defend themselves in public. General defense from potential threats doesn’t count. That largely subjective decision is then left up to local law enforcement officials, resulting in inconsistent granting of licenses from county to county.

One of the plaintiffs in NYSRPA v. Corlett, Robert Nash, applied for a New York carry permit in response to a spate of robberies in his neighborhood. Another plaintiff, Brendan Koch, wanted to carry a firearm for general protection. Even though both men say they completed gun safety courses, they were denied permits. That’s when they joined the lawsuit brought against the state by the NYSRPA.

What the Supreme Court will actually decide here is whether or not the “bear arms” part of the Second Amendment guarantees Americans the right to carry firearms for self-defense outside the home.

From the suit: “In District of Columbia v. Heller, this court held that the Second Amendment protects ‘the individual right to possess and carry weapons in case of confrontation,’…and in McDonald v. City of Chicago, the Court held that this right ‘is fully applicable to the States.’ For more than a decade since then, numerous courts of appeals have squarely divided on this critical question: whether the Second Amendment allows the government to deprive ordinary law-abiding citizens of the right to possess and carry a handgun outside the home.

In the reply brief filed in March, the plaintiffs’ attorneys say: “The need to defend oneself is hardly limited to the home; that is why the framers enshrined a right not only to ‘keep’ arms, but also to ‘bear’ them. The Second Circuit’s view that carrying firearms outside the home is a privilege, to be granted at the state’s discretion to those chosen few who can differentiate themselves from the vast majority of ‘the people’ protected by the Second Amendment, cannot be squared with the text of the Amendment, the history and tradition of the right, or this Court’s precedent interpreting it.”

Even though 38 percent of states, including the bordering state of Vermont, have constitutional carry laws, New York Gov. Andrew Cuomo says such deregulation would turn his state into the Wild West.

“The streets of New York are not the O.K. Corral, and the NRA’s dream of a society where everyone is terrified of each other and armed to the teeth is abhorrent to our values,” Cuomo said in this story from NBCNews.com.

What This Could Mean for Gun Owners

The outcome of this hearing could have a significant impact for the average American gun owner.

This is a timely case. While potential gun control legislation and executive orders increasing firearms restrictions have been at the forefront in recent weeks, it doesn’t change the fact that more than 21 million background checks were conducted in 2020 for firearm sales, according to NSSF, which says more than 8.4 million of those sales were to first-time gun buyers.

“According to NSSF surveys, those first-time gun buyers overwhelmingly told retailers the primary reason for their firearm purchase was self-protection,” Oliva says. “In 2020, there were 19.47 million concealed carry permit holders (in the U.S.). That number grew by 820,000 from 2019. That doesn’t include those who are legally carrying concealed firearms in states with constitutional carry laws.”

Of course, if the SCOTUS agrees with the plaintiffs and decides New York’s laws are unconstitutional, it could have the greatest impact on gun owners living in the few states with extremely strict carry permit restrictions.

The eight “may issue” states that currently reverse the burden of proof and place it on the individual include: California, Connecticut, Delaware, Hawaii, Maryland, Massachusetts, New Jersey, and New York.

“It seems to me the remaining eight states are out of step with the rest of America,” Oliva says.

The NSSF and other gun rights organizations have been calling SCOTUS out in recent years for its refusal to hear any Second Amendment-related cases in the time since the Heller decision. Many speculate the court’s reluctance was due to a lack of certainty on a fifth vote. The death of Justice Ruth Bader Ginsberg and the appointment of Justice Amy Coney Barrett in late 2020 provided a solid 6-3 conservative majority.

The Supreme Court usually moves slowly, however, and it will be several months before the NYSRPA v. Corlett hearing actually occurs.

What happened this week, legally speaking, is the Supreme Court granted writ. That means the hearing on this matter will be scheduled for the next Supreme Court session, beginning in October. Currently, there is no date assigned to hear the case. The hearing could occur as late as June 2022, when the session ends. One thing’s for sure: All decisions must be published before the session expires.