10 of the Best Shotguns for Weekend Warriors

If you only shoot clays and hunt a few times a year, then there's really no point in spending big on a pricey shotgun 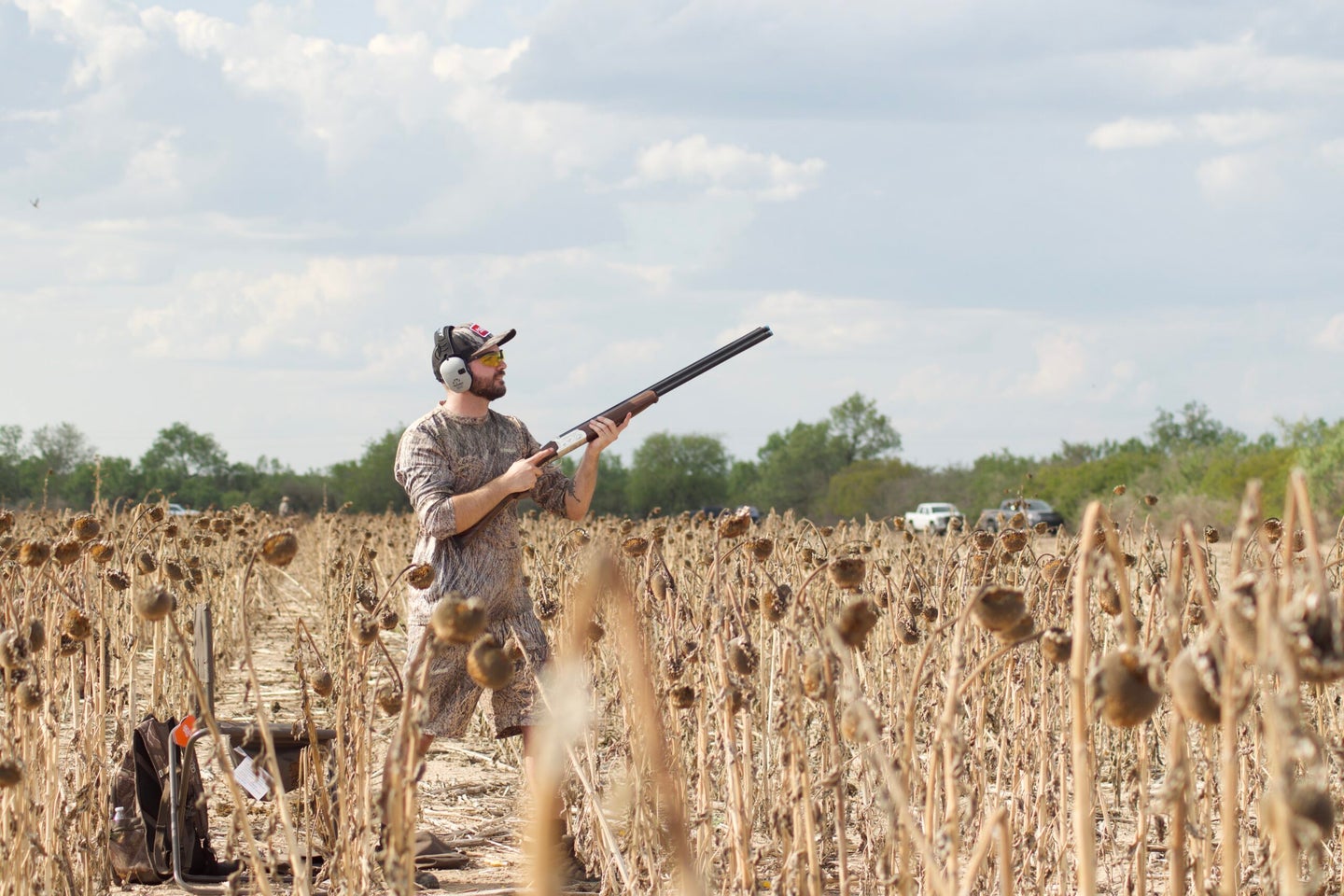 Not ever hunter needs to spend a pile of cash on a new shotgun. Joe Genzel
SHARE

Most of us don’t have time to go to the clays range every week to shoot a round of skeet. And when hunting season rolls around it can be just as difficult to get away: your job, kids, and a laundry list of chores all come before a day afield. You’re an average hunter (just like most of us) who hunts and shoots when you can. So why blow a pile of cash on an expensive shotgun you’ll use sparingly?

What you need is an affordable shotgun that fits you well, is versatile, and shoots straight. Here are 10 that can tackle a day at the range or in the duck blind, uplands, turkey woods, or deer stand.

The M3000 (12-gauge) and M3020 (20-gauge) semiauto shotguns are built on inertia-driven actions, which makes these guns reliable and easy to maintain. You do need to keep a Stoeger cleaner than a Benelli so it keeps running—that’s part of the trade-off when you buy a less expensive gun. But with a minimal number of moving parts, the cleaning process is fast and easy. And these guns run reliably with a light coat of lubricant on the internal parts. They’re available in a host of different configurations with wood and synthetic stocks and camo finishes, but the affordable black synthetic version ($559) will cover most of your shooting and hunting needs. Fiber-optic sights, a drilled and tapped receiver, and three chokes come standard. I traveled to Argentina with Stoeger and tested these guns on high-volume dove shoots, firing upwards of 1,000 rounds a day without cleaning and experienced no major issues. You may not shoot your Stoeger that much, but it’s nice to know it’ll handle that type of workload.

Winchester’s SXP occupies the same space in Winchester’s lineup once reserved for the Model 12, but the SXP is a very different (and a much more modern) pump. The receiver is comprised of lightweight aluminum and there are several configurations available with black, walnut, or camo stocks and blued, camo, or Cerakote metal finishes. This gun is ideal for home defense as well. There are compact versions for smaller shooters, and the SXPs come with three choke tubes, chrome-lined chambers and bores, and your choice of 3- or 3 ½-inch chambers in 12-gauge models. Winchester bills this gun as the fastest pump in the world thanks to the inertia-assisted slide action that helps initiate cycling. I can’t say it’s the fastest pump you will ever operate, but I do know SXP shotguns last, performing well after thousands of spent rounds. And with a starting price tag under $400, the SXP is a superb value.

Weatherby has been selling shotguns almost as long as rifles, and the company’s inertia-operated Element semiauto is a durable firearm that will stand the test of time. Built in Turkey, these guns are extremely reliable and an excellent value considering the build quality and styling of the shotguns. Stock spacers and shims, three screw-in choke tubes, and chrome-lined barrels all come standard in both the 12- and 20-gauge models. If you like the look and feel of walnut stocks the Upland model ($749) is a good bet, and the more affordable Synthetic ($599) is a great choice for an all-purpose hunting gun, especially if you typically hunt in harsh environments. Also, check out the new Tungsten version ($649) with a black synthetic stock and Tungsten Cerakote finish on the metalwork. It’s the most stylish Element by far.

Sometimes it makes sense to have an over/under as your all-around gun, particularly if you’ll be splitting most of your time between the uplands and shooting clay targets. Doubles are also capable turkey guns and perform just as well in the duck blind, though you are limited to just two shots. Mossberg’s Silver Reserve is a basic but functional stack-barrel that is available in 12-, 20-, and 28-gauge, and .410-bore. It has a clean satin silver receiver with engraved Mossberg logo, a black walnut stock with checkering, and a wood-to-metal finish you wouldn’t expect to get on a $692 gun. The Silver Reserve features extractors instead of ejectors, which isn’t that much of a sacrifice: most shotgunning isn’t so furious that you won’t have time to pluck spent shells from the action, and you don’t have to worry about catching ejected shells to collect them for disposal or reloading. It also comes standard with five screw-in chokes. For about $300 more, you can step up to the Mossberg Gold Reserve which features ejectors, upgraded wood, and scroll engraving. But the Silver is a serviceable gun that’s suitable for a wide range of pursuits.

There are nine different versions of Tristar’s semi-auto Viper G2 (including two left-handed models), all of which are versatile, reliable, and fun to shoot. These Turkish-made guns have a glowing reputation for reliability, and they hold their value. Tristar’s utilize a gas-operating system, so recoil is quite manageable. Chambering options include 12-, 16-, 20-, 28-gauge and .410-bore, and there’s a long list of standard features that includes shim kits, three interchangeable Benelli-pattern choke tubes, a magazine cutoff, chrome-lined barrel and chamber. The 7-pound black synthetic 12-gauge model ($595) will handle upland, waterfowl, and turkey, plus it will also serve you well on the clays range. The 16-gauge Bronze version with upgraded Turkish walnut and a Bronze Cerakote receiver ($900) gets my vote as one of the best shotguns you can own that’s under $1,000.

The Browning Pump Shotgun has been around for 50 years, but it still has plenty of fans, myself included. I broke 25 straight trap targets for the first time with a BPS while I was in my teens, and that gun went on to kill a lot of pheasants, quail, and cottontails before I foolishly sold it. Years later, I bought another BPS and will never let go of it. One of the few truly ambidextrous guns on the market, the BPS’s bottom loading and ejection design and tang-mounted safety makes it ideal for right and left-handed shooters, plus it’s an awesome gun to have in the turkey woods if you have to kill a gobbler with your off-hand. The steel receiver is rugged but makes the BPS a bit heavier than many competing guns, which is actually beneficial when shooting heavy waterfowl and turkey loads—you will feel less recoil. In 2020 the BPS was revamped with a more ergonomic stock that can be easily cut down by a gunsmith to shorten length of pull. Black synthetic and camo versions are available in 10-, 12-, and 20-gauge with a starting MSRP of $700. The 12-gauge version is available in either 3- or 3 ½-inch chambers. My favorite option is the BPS Field 28-gauge with walnut stock ($800), a sweet sub-gauge that’s perfect for doves, quail, huns, and early season teal.

The 555, like the Mossberg Silver Reserve, is an austere over/under that comes with durable wood (it’s nothing fancy, but it lasts), extractors, and four screw-in chokes at a price that’s well below most over/unders. All gauges (12, 16, 20, 28, and .410 bore) cost $745. The 555 balances nicely and doesn’t weigh a lot (the 12-gauge is just 6.2 pounds) thanks to the inclusion of an aluminum receiver with steel inserts. The lightweight 555 is a great field gun, perfect for long hikes on large tracts of public land. Older Stevens over/unders came with some rather campy aesthetic features (the lumpy gold pheasant on the 512 receiver comes to mind), but this gun is understated and classy, offering everything the average shooter needs at a price they can afford. Just know the recoil on this gun is stout, so a recoil pad is a good idea if you plan to buy the 12-gauge. Also consider shooting shells with lighter shot charges.

I wouldn’t call the Mossberg 500 svelte or sexy, but if durability is what you seek, this pump-action has become the standard-bearer. Model 500s come with a tang-mounted safety, twin action bars, dual extractors, and screw-in Accu-chokes, and there are an endless variety of accessories available for these guns. Available in .410-bore, 20-, and 12-gauge, the 500 is suitable for any type of hunting, and it’s a hell of a home-defense option. Bantam models feature removable stock spacers that allow the gun to grow alongside the young hunter in your family, and I like having the option to shorten the stock for my own use when I’m hunting in the dead of winter with extra layers of clothing on. The most versatile of all the 500 shotguns, though, is the FLEX 500, which allows you to switch the barrel, stock, and fore-end without tools.

Some of the wood stocks I’ve seen on more expensive guns don’t match the quality and finish of the 620/628’s Turkish walnut. That’s even more impressive considering that the 620 (20-gauge) and 628 (28-gauge) Field Select pump guns from CZ have an MSRP of just $445. Both guns were built with aluminum receivers, have 28-inch barrels with a gloss blue finish, and five interchangeable choke tubes. The 20-gauge version weighs 5.8 pounds while the 28-gauge weighs 5.4 pounds—that’s a pound-and-a-half lighter than the Browning BPS 28-gauge. The 20 features a 3-inch chamber and the 28 is chambered for 2¾-inch shells. Both guns have a 14½-inch length of pull, 8mm flat ventilated rib, and crossbolt safety that sits behind the trigger.

Benelli is best known for its inertia-driven semiautos, but if you don’t have the budget for one take a close look at the company’s superb Nova pump. The Nova is a departure from most pump gun designs in that it utilizes a steel skeleton overmolded with a durable polymer finish and features a stock and receiver that are formed as a single unit. As a result, these guns are extraordinarily tough, which is why they remain a favorite of public-land duck hunters. I also know of a dedicated rabbit hunter who carries a Nova because it’s the only gun he’s found that stands up to the abuse of blackberry and rose thorn thickets without substantial damage to the stock and receiver. The Nova is perfect for slaying ducks, geese, upland game, and turkeys, and it’s also suitable for breaking skeet and trap targets. It’s an extremely versatile and durable gun for just $449. The gun is available in 20- or 12-gauge with 24-, 26-, and 28-inch barrel options. The 12-gauge models are chambered for 3½-inch shotshells, but realize this gun weighs under 8 pounds so it can thump you.