9 of the Most Underrated Semi-Auto Shotguns of All Time

If you come across one of these autoloaders at a gun shop, buy it. You won’t be disappointed 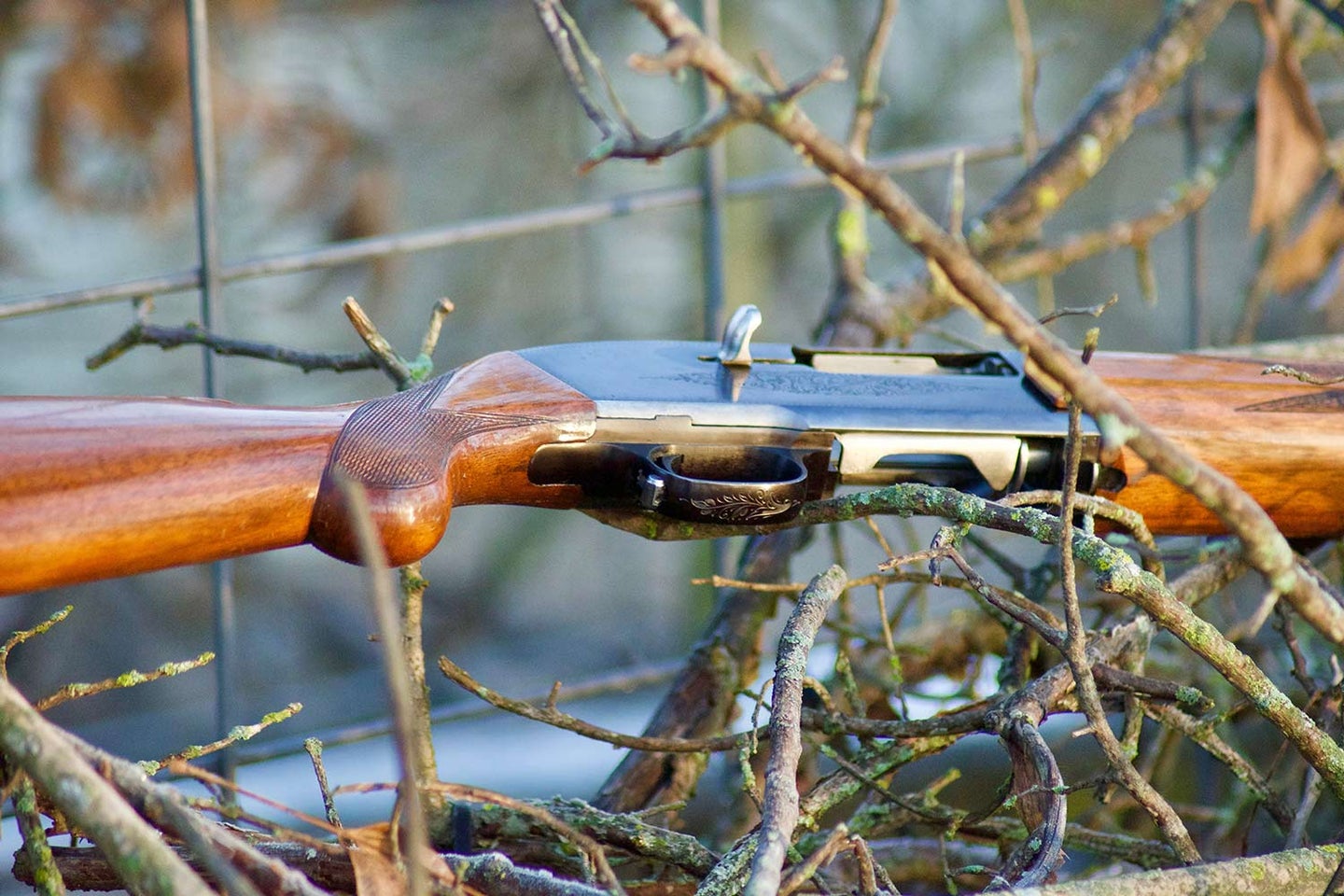 There’s a long list of highly functional (and durable) semi-auto shotguns that handle beautifully and shoot straight, but have never received the fanfare they deserved. Some weren’t brought to market correctly and faded. Others were taken out of production too early. And still others just never became popular, despite being great buys. Franchi, which is under the Benelli banner, largely falls into that category. Its guns are only a slight step down in quality compared to big brother. Franchi’s inertia-driven autos are some of the best on the market for the money, but I don’t see many folks shooting them. Which boggles my mind, since hunters are always looking to get the best performance out of our gear for the least amount of cash.

Many other shotgun makers have experienced a similar anomaly. For one reason or another, a great gun was lost in the shuffle or put out to pasture too soon. But I am here to shed light on those forgotten autoloaders. These are some of the best shotguns that never got the proper recognition. Many of them are very affordable, so if you come across one—new or used—snatch it up.

One of my buddies who got me back into turkey hunting years ago always wielded a Browning Gold 12-gauge, which has long been overshadowed by the Auto-5, Maxus, and the newer A5. He shot rusty 3.5-inch lead No. 4s through the factory full choke, and it absolutely hammered spring toms. It’s still a superb gas-operated auto-loader that has relatively light recoil even with heavy turkey loads. Browning upgraded the gun in 2020—it’s only offered in 10-gauge—with a composite stock, Inflex recoil pad, and textured grips on the fore-end and stock. I had a chance to shoot it at SHOT Show in Las Vegas, and it’s a beast of gun (almost 10 pounds), which as a goose pit and big river duck hunter, I love. You won’t want to carry this hefty 10-guage anywhere but to the blind, but it’s one of a select few autoloaders I feel comfortable paying $1,800 for, because I know it will cycle reliably. Check availability here.

I shot the Affinity Elite 20-gauge not long ago on five-stand, and it’s every bit the gun the vaunted Benelli M2 20 is. It hits where you point it, and “feels right,” out of the box (that’s Franchi marketing speak, but it is true). I was shooting the gun so well that I didn’t want to leave the clays field. It runs every bit as well as a Benelli, which is what I have found with most Franchis, but costs less (it retails for $1,249). The 12-gauge 3.5-inch version is basically a knockdown of the Super Black Eagle 3, but your average duck hunter won’t know the difference, except the Franchi has a gaudy and cheap bolt-release button that feels and looks like a poker chip (you must replace it). It’s an inertia-driven gun, which means it is apt to failure if you don’t mount it against your shoulder properly, but that’s the risk you run with all shotguns on this platform. An oversized bolt handle and larger loading port make it easier to handle, and the recoil is manageable as long as you’re not shooting an entire case of ammo, like I did at the range. Check availability here.

My cousin bought this shotgun used 15 years ago for deer gun season because it came with an interchangeable rifled slug barrel, which he loves. It has killed many bucks, but it’s also a phenomenal bird gun, as so many Berettas are. The dig on Berettas is their weight and bulk, particularly in 12-gauge models. That’s a byproduct of many gas guns. There’s only so many ways you can shave weight off that operating system. But the Pintail is actually an inertia-driven gun, one of the few, if not the only (I am aware of) Beretta ever made, which makes it lighter as there are less components in recoil guns. It’s not the same system you will find in Benellis because the Pintail was made before Beretta purchased Benelli. The Pintail is a 3″ gun and looks similar to many of Beretta’s outstanding 300 series guns with its square back (where the stock meets the receiver). Like many of its Italian-made brethren, this gun can cycle tens of thousands of rounds without fail. In fact, the only thing my cousin has had to replace on it is the small spring that holds the bolt open. Check availability here.

I cursed Tri-Star owner Gus Bader for making a .410 auto-loader a few years ago. It’s a load that only belongs in gorgeous double guns and the Winchester Model 42 pump. But then I scored a 19 on a round of skeet with it out of the box and remembered why I love Tri-Star autoloaders—they fit well and shoot straight. All of Bader’s Viper G2 models (.410, 28-, 20-, and 12-gague) are fine-shooting guns. The gas-operated Turkish imports usually come in under $900, some much cheaper. You don’t get the kind of finish and feel on these guns that you would on a more expensive model, but they go bang when you pull the trigger. That’s good enough for me. And Tri-Star backs its guns with a five-year limited warranty as well. They are akin to a working man’s Beretta—no inlays, scroll work, or hefty price tag. Just a gun that hits what you point it at. Check availability here.

Read Next: 7 Best Pump Shotguns for Less Than $500

You may recall, Russia built a pretty damn good combat rifle once upon a time. Turns out they do shotguns too. The Baikal MP 153 was a cheap, extremely well-functioning semi-auto that tried (a few times) to gain traction in America, but never did. I believe it returned to the U.S. for a final run in 2011, and you could snag it for around $450 or less back then. At that price, you might think it to be a clunker, but it was a smooth running 3.5-inch, gas-operated 12-gauge. Remington sold this gun as the SPR 453 for a time as part of its Spartan Gunworks lineup. European America Armory originally imported it. One of the unique things about the Baikal was it came with this wrench you had to use in order to adjust the gas system to cycle light or heavy loads. I’m sure there are a few collecting dust on gun store racks around the country, and at least one doing the same in Phil Bourjaily’s gun cabinet. Check availability here.

When my buddy first unveiled his prized Double Auto, he wouldn’t stop rambling about how great shooting a shotgun it was. “Thirty-inch barrel, man,” he said. “Swings like a dream.” On and on he babbled, until finally I asked: “Why in the hell would anyone make a semi-automatic shotgun that only shoots two shells?” He looked back at me with a grin: “Because not all of us need three shots to kill a dang greenhead, Joe.” So I picked up the gun. It was feather light for a 12-gauge (7 pounds or under), which was good for my ol’ buddy, the weakling that he was. In the morning I saw him tree top the last mallard trying to escape our timber hole with a dose of Boss 2 3/4-inch No. 5s—stone dead. Over the next few days he couldn’t miss, and I wondered why I hadn’t heard of this gun. “Because John Browning didn’t make it,” my buddy said. “His son did.” That’s true, Val Browning developed the Double Auto, not his father. And most hunters probably would ask the same question I did. Why two shots? Well, because in capable hands it’s as deadly a bird gun as there is.

This is a gun I hope to buy for my son/myself someday soon, if I can find one that was well-maintained. Franchi made the 48 AL for over 50 years, and I wish they hadn’t stopped. I had the chance to shoot it on a chukar hunt once, and it lived up to its billing as one of the most accurate light (around 5.5 pounds) semi-autos ever made. It was available in 12-, 20- and 28-gauge, and many women gravitated toward the sub-gauge models when there weren’t many (any) options for female shooters/hunters due to its diminutive size. It was a perfect little gun to carry all day long in the uplands or a waterfowl walk-in unit. It was also Franchi’s only long-recoiling gun, which meant when you pulled the trigger and the shell fired, the barrel moved backwards into the receiver with the bolt, much like the Browning Auto-5 did. They haven’t been out of production long, so you can still find one, likely for under $500.

The first Weatherby I ever shot was the inertia-driven Element in 20-gauge, and I was not impressed. I tried endlessly to break it in with turkey loads, but it never cycled waterfowl shells or target loads worth a darn. But the gas-operated SA-08 is the exact opposite. It’s an absolute workhorse of a gun you can get in 20- or 12-gauge. I’ve just always wondered why Weatherby didn’t use the same operating system in the Element, because the SA-08 is such a proven bird gun. They definitely had the all-day hunter in mind when this autoloader was built. Weatherby kept the weight down with an aluminum receiver and if you pick the 26-inch barrel option, that will shave a few more ounces off. Known for its accurate (and affordable rifles) Weatherby crossed that over into the SA-08. I’ve shot some great rounds of sporting clays and skeet with this gun, but don’t own one, which puts the SA-08 on my must-have list. Check availability here.

If you think this gun looks like the original Super Black Eagle, you’re not far off. Breda, which was founded in 1922, used to own a piece of Benelli before selling to Beretta. They also employed Bruno Civolani, the engineer who is credited with the development of Benelli’s semi-automatic inertia system. The B3.5SM, formerly the Grizzly, has a similar feel to the SBE. It shoots much like a Benelli as well, just not quite as pricey ($1,399). The 12-gauge, 3.5-inch gun is said to be hand-made, which I highly doubt, though it is a well-constructed gun. It’s also available in a myriad of barrel lengths that starts at 18 1/2 inches and ends at 30 inches.