Hunting in the Metaverse 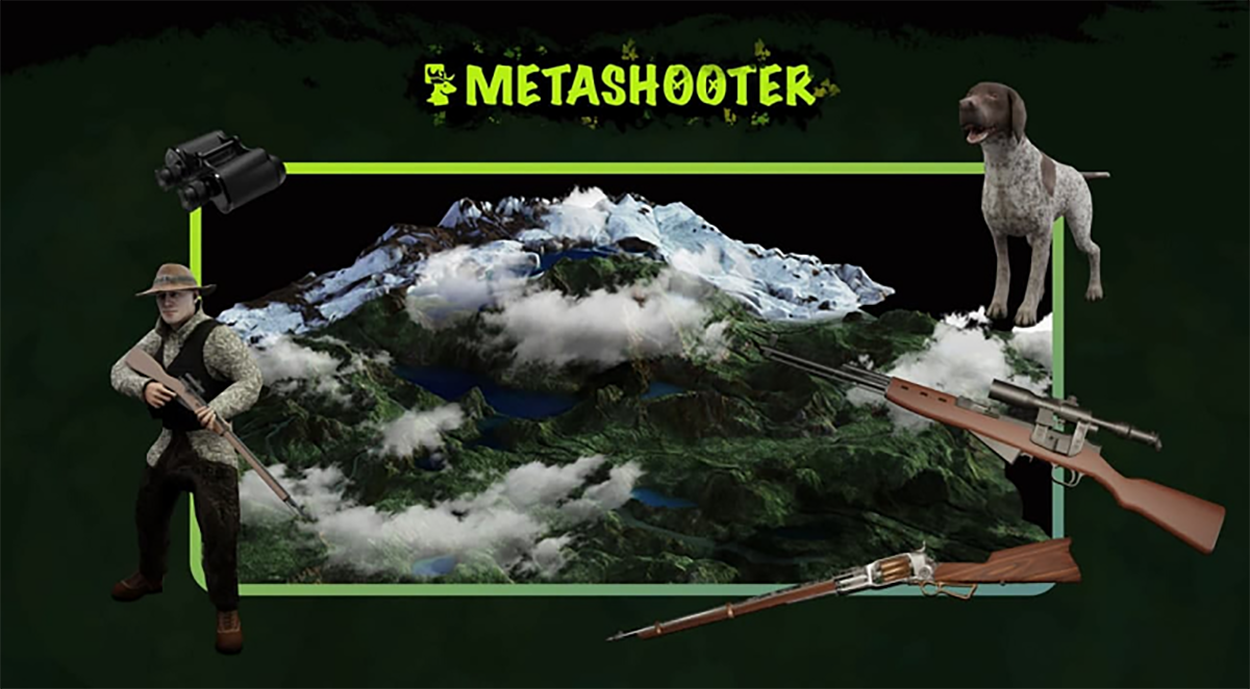 Just a sampling of the cutting-edge equipment at your disposal when you hunt in the Metaverse. Metashooter
SHARE

If, like me, you’ve been waiting to combine your dual passions for hunting and blockchain technology, boy do I have some exciting news. Not only can we now hunt in the Metaverse—and who isn’t itching to do that?—but in what can only be described as a paradigm-shifting noodle-bender, you can earn money while doing so. I hope you were sitting down when you read that.

Who’s providing this opportunity? None other than Metashooter, which is best thought of as a love child between Elon Musk, SCI, and some cash-flush Nigerian princes.

If you’re ready to strap on your VR goggles and go on safari, here’s a taste of what’s waiting for you, according to Metashooter’s release:

I know Metashooter skeptics will say that sounds like a press release from the Texas Parks & Wildlife Department. But remember the words of famed conservationist and hunter Theodore Roosevelt:

“It is not the critic who counts; not the man who points out how the strong man stumbles, or where the doer of deeds could have done them better. The credit belongs to the man who is actually in the hunting tower, whose wallet is lined by crypto lease revenues; who strives valiantly; who errs, who shorts commodity index futures again and again, because there is no effort without error and shortcoming and a 12 percent annual return on your digital game farm.”

Now I get it. Some of this might sound a bit arcane and outside your wheelhouse. Like what exactly is an NFT dog? Does it point? Will it execute a blind retrieve? Will it get NFT ticks in its crotch?

More good news. Chances are you already have an NFT dog in your house. It stands for “not fucking trained” so the learning curve with your Metashooter kennel will be minimal. And just like your real dog, your NFT pup will drop virtual mallards 20 feet from your blind/hunting tower, refusing to bring them to hand, and then eat your bag of virtual donettes when you aren’t looking.

In case you think you’ll be limited in this digital wilderness, don’t fret. This is verbatim from the Metashooter press release:

“Hunters aren’t stuck with hunting equipment or two [sic]. Rather, they have several options to choose from to improve their skills and become stronger and exceptional.” Keep hammerin!

“Without a barrier or location restrictions, [hunters] have what it takes to excel.” You hear that, Mr. Game Warden? You can take your hunting regs and pound sand.

And best of all: “The more trophies you win or rare animals you hunt, the more your rewards.”

So if you’ve ever dreamed of hunting a spotted zebra, stalking a two-toed leopard, or setting your NFT hounds on the scent of an oscellated chimp, now’s your chance.

Before you rush off to liquidate your collection of pre-’64 Model 70s, however, there is one minor detail. That money you’re theoretically earning in Metashooter isn’t, you know, actual cash but rather crypto. Though, in order to buy the crypto, you’ll have to pony up some real-world beer money.

For those in whom the call of the virtual wild cannot be denied, it’ll undoubtably be worth it. At least the non-existent taxidermy shouldn’t cost as much.