How to Pick the Right Duck Hunting Lease

Don't get fooled by a tempting-looking duck lease 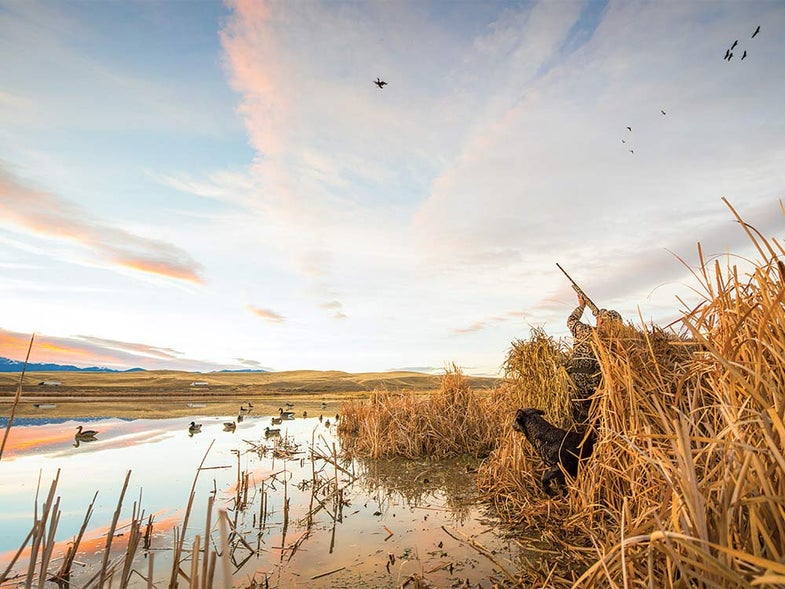 Spending money on the right lease can be one of the best investments a waterfowler can make. Brian Grossenbacher
SHARE

The hunters shook themselves from sleep with a strong mix of sugar and caffeine. A blast of Arctic air was stirring, and anticipation ran high for a great hunt. As the eastern sky brightened, shotguns rumbled in the distance. Other blinds shot their limits—but our hunters waited for action that never came. They went home with no birds and a strong feeling that money and time had been wasted.

More and more waterfowlers are opting to lease private property for hunting, and every season there are myriad options available. Some are good, while others are little more than an expensive mudhole void of ducks. How do you know if the place you’re shopping is worth the coin? Here are three rules to consider.

It is everything, and it’s never been easier to see the full story of a property and all that surrounds it than it is today. Several online land applications can reveal property boundaries, nearby refuges, topographical details, satellite views, and more in a matter of seconds.

Look for natural migration corridors such as rivers and creeks, and pay close attention to land shape. Long and irregular crop fields in a sea of rectangular ones are often indicative of former riverbeds that imprinted ducks and geese have used for generations.

Waterfowlers most commonly lease flooded crops, with corn topping the list and rice running a close second. But you need to ask the farmer about crop rotation before leasing for the long term. In the South, a field that was good one season could be planted in cotton the following year. Also, ensure the farmer understands the laws on crop manipulation for waterfowl hunting. Knocking down standing crops is usually considered baiting. Make sure to have access paths to blinds created beforehand to avoid unintentional violations.

A permanent wetland such as a slough or swamp has advantages. Most of these natural duck holes have been there for generations, and migrating ducks and geese return to them year after year. Many crop fields must be pumped, though, and that water is provided by fuel and wells. It’s not cheap to flood a field. If your field must be artificially flooded, be sure that oft-hidden expense is discussed up front. Some leases have “guaranteed” water built into the contract, but even then, be explicit on who is in charge of, and pays for, the pump timing, the water-­control structures, and the draining of the field after the season. Dry years may require more than one pumping to maintain water levels.

A basic lease covers one or maybe a couple of hunting areas. These will normally have pit or upright blinds already on site that are part of the deal. Lodging and gear storage will be off-site and up to you.

Other leases are turnkey—they have everything needed in place (and a price to reflect it). Much of the time, a lease like this will be part of a club. Club membership is popular but not without its pros and cons. The biggest advantage is history. Duck clubs that have been around for many years have often added and released property, developed relationships with farmers, and built facilities. Most of them have track records too. Talk to current and former members. What was the hunting like during the best years? How was it during the tough seasons? Good clubs should be willing to provide harvest records and contact information for previous members.

Do your homework and be selective. With help from Mother Nature, a lease can provide your best duck season ever.