Hunting for Meat Is Widely Accepted. Wearing Fur from the Predators You Hunt and Trap Should Be, Too

Trapping and predator hunting get a bad rap. That bias is frequently arbitrary among folks who have no problem eating meat 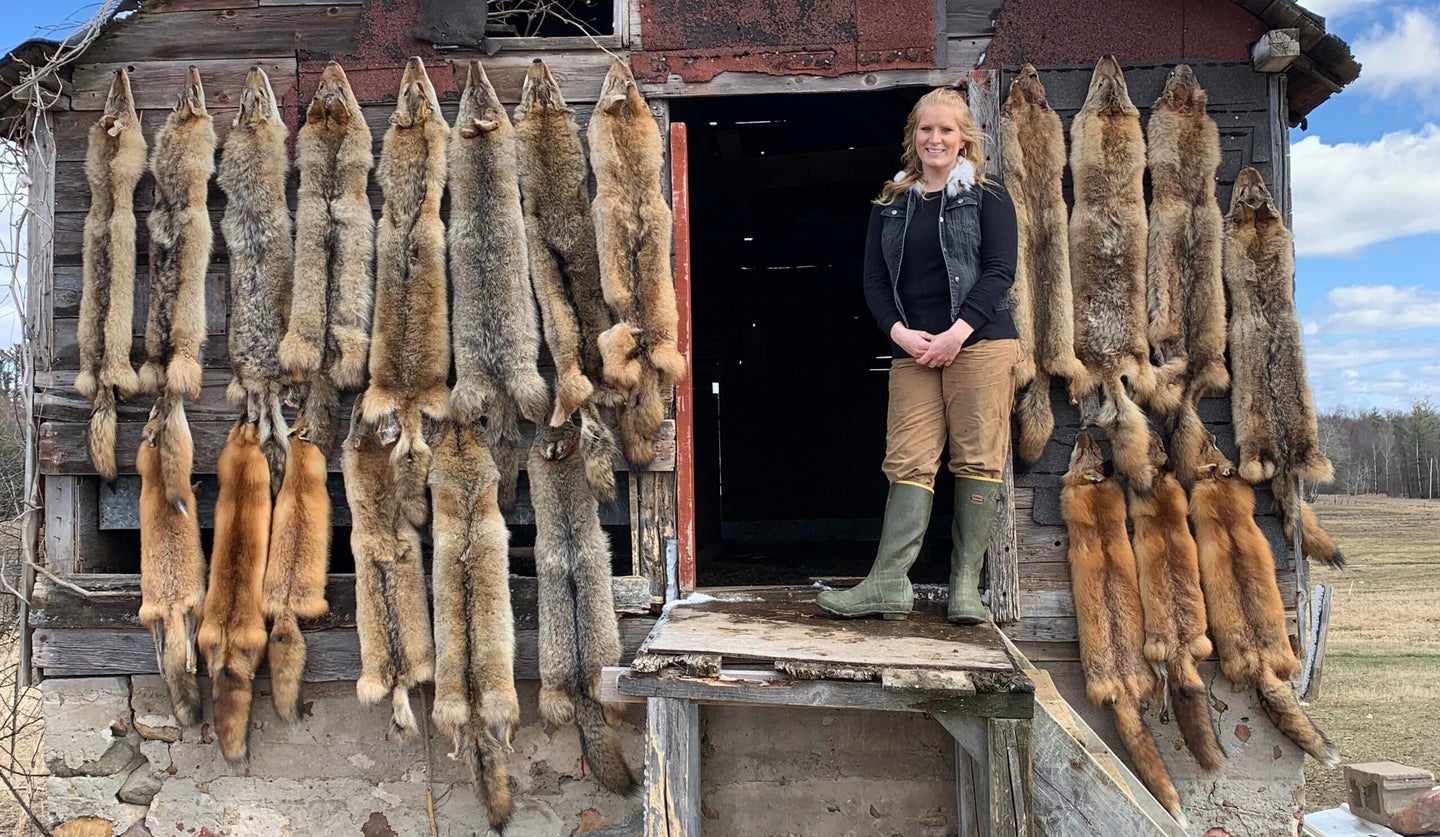 The author with her furs from the 2020-21 season. Skye Goode
SHARE

If you’ve ever traveled through the state of South Dakota, you’ve probably noticed the billboards that say, Eat Steak, Wear Real Fur. As someone who grew up in the outdoors and learned to use every animal harvested in as many ways as possible, it baffles me that there are still folks who do not see the “purpose” of hunting and trapping for food and clothing.

The public approval ratings for trapping are grossly skewed compared to hunting. According to a 2019 survey by Responsive Management, 80 percent of the nation’s public supports hunting, and a strong majority of Americans support hunting to obtain “organic meat or locally sourced food.” That same study shows that while 51 percent of American’s approve of regulated trapping, only 30 percent approve of regulated trapping for fur. Interestingly, this ranks even lower than trapping to make money, at 35 percent approval.

For years, I’ve wondered why mainstream hunting shows could air footage of a broadhead zipping through a deer, but showing a trapped animal had to be censored to avoid blowback. I do have my theories. For example, the traps used in early American history were not considered humane or ethical. And while that was hundreds of years ago, society’s most popular graphic of a trap still shows big metal teeth on the jaws.

Even though trapping itself isn’t painful to the animal, some anti-trappers and hunters are uncomfortable with the idea of an animal being captive, or experiencing fear when the trapper arrives to check the trap. To that, I would say there are trade-offs. First, captivity concerns are why it is mandatory to check traps daily. Second, dispatching a trapped animal is reliably effective and brings a swift death.

You can’t ignore the effect animal rights propaganda has had on society as well, such as misguided billboards and graphic commercials. The anti-trapping bills that are pumped through legislatures each year show no signs of ceasing.

The arguments for hunting are very apparent, and there’s increasingly little need to explain why hunting for food is a great way to connect with nature and utilize a renewable, organic resource. But the public seems to need constant reminders about just how important and useful trapping for a sustainable resource can be, too.

Read Next: Eat What You Kill…Except When You Don’t

I personally rely on wearing real fur in order to be comfortable in my cold state of Wisconsin. I wear fur nearly every day from September through April. Not only do I wear fur hats, but I also wear a fur vest during late-season deer hunts to keep my core warm, and I wear fur socks to keep my toes from freezing while out doing any outdoor winter activities.  (There are laws about wearing blaze orange during some gun seasons, so it’s important to make sure you know your regs for legal and safety reasons. I do not advise walking across public land dressed head to toe in fur.)

While harvesting one deer for meat is wonderful for providing meals all winter (give or take, depending on the size of your household), a real fur garment will keep you warm for a lifetime. If carefully tanned, well made, and properly cared for, a real fur hat or coat should last for decades. This is why you see so many mink and fox fur coats that date back to the 1920s and 30s in antique shops. Trapping for fur is not only a wildlife management tool, but turning those wild hides into wearable goods means purchasing one less item from the foreign clothing industry. Today’s retail market is flooded with clothing manufactured overseas with synthetic materials, sometimes made by laborers in poor working conditions. It’s also wasteful: Up to 85 percent of textiles end up in landfills each year anyway. I don’t know anyone who throws out fur.

Read Next: The Ultimate Guide to Tanning Wild Game Pelts and Hides

So: Why is it okay to eat meat from an animal but not to wear its fur? Heck, leather is pretty widely accepted by everyone but vegans, yet a lot of those folks would never wear fur. Maybe fur is perceived as a luxury, only made possible by fur farms. Or maybe fur looks too much like the original animal for their comfort—unlike leather, or a juicy burger that doesn’t resemble anything with four legs. Regardless of the reason, the reluctance to approve of hunting for food but not trapping for fur sure seems arbitrary to me.

Real fur is a local, renewable, sustainable, and biodegradable resource. If you’re an ethical hunter and trapper, it doesn’t get more eco-friendly and ethical than that.