Eat What You Kill…Except When You Don’t 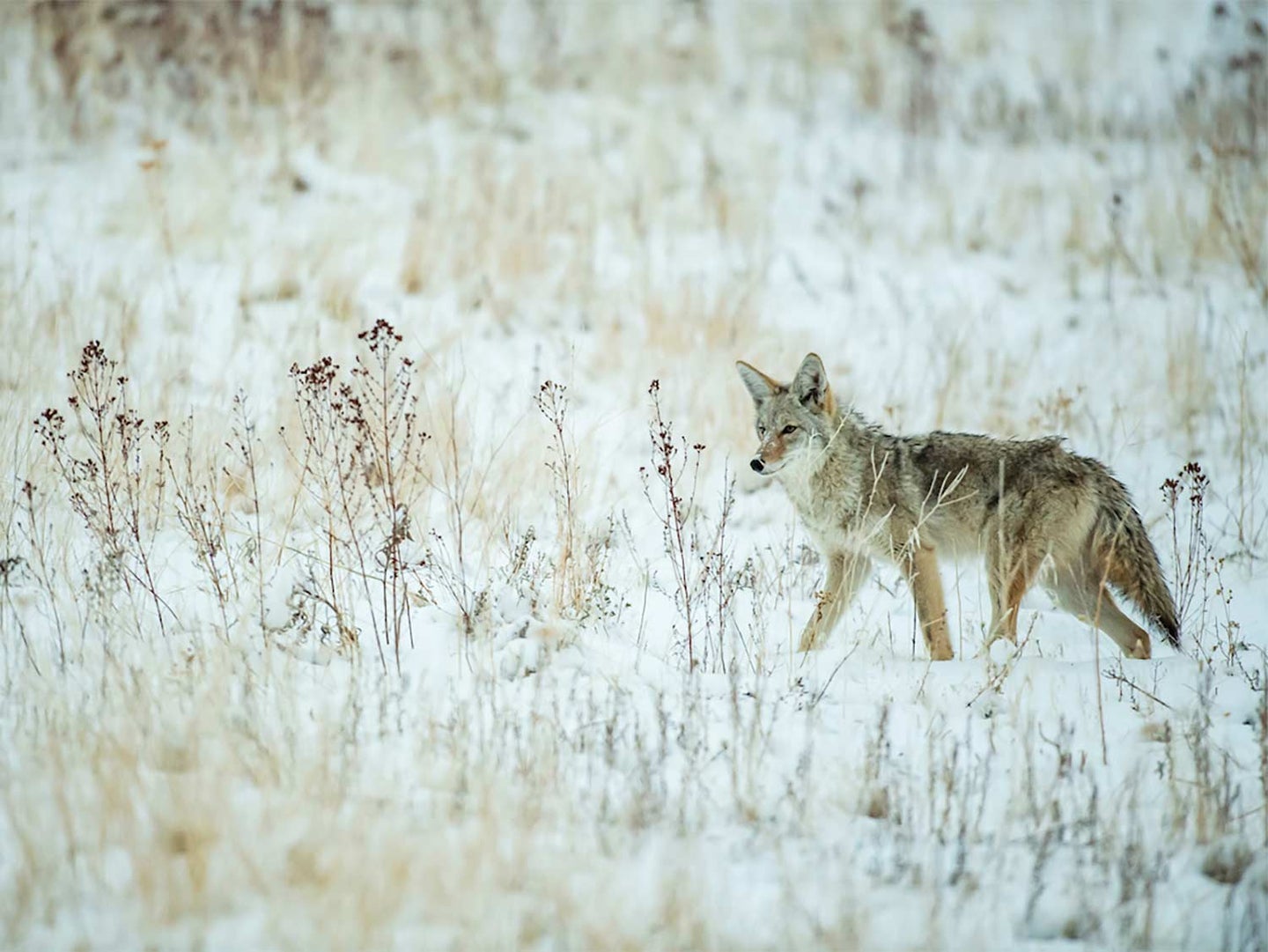 “Eat what you kill,” is a common phrase in hunting media these days. That ideal seems like a very reasonable, honorable principle to live by. Of course, we all enjoy wild game. But sometimes you’ll see a slightly different take on that messaging that goes something like: “If you’re not going to eat it, don’t kill it.” This mantra is frequently used in response to hunting or trapping of animals that aren’t typically considered table-fare, like grizzly bears, wolves, coyotes, and other predators and furbearers.

Here’s the thing though: It doesn’t matter to a wildlife manager whether you eat your wolves or not (or at least it shouldn’t). The reality is that many of our personal convictions and beliefs about what should be done with game don’t have much teeth when it comes to the big picture of proper wildlife management. We often divide ourselves as an outdoor community, simply because we are unwilling to see past our own bias. Just as hunting is about much more than just the meat to all of us, there are more factors to take into account when we consider things like targeting animals for hides and predator management.

I’m not saying that predator hunters and trappers have an excuse to be intentionally or ignorantly wasteful—only that each of us has a different perspective, and the standards we place on ourselves are usually somewhat arbitrary. Yes, strong moral convictions help hunters be good stewards of the land. But we also need to understand that our way usually isn’t the only way.

For example, let’s say someone who identifies as a “meat hunter” kills a deer in a state that legally requires only the quarters, backstraps, and inner loins to be salvaged from the deer. For the sake of argument, let’s say that hunter also salvages the neck meat, but leaves the ribs in the field because there’s not much meat on them. I think most of us will agree that this hunter has fulfilled his legal and moral obligation for salvaging meat. But now let’s put that same hunter in Alaska, and if he salvages exactly the same meat as in the first case (leaving the rest in the field) he would be guilty of wanton waste according to Alaska law and could be jailed because of the stricter standard. My point? There are different standards and regulations for different situations and locations. At a certain level, almost all of us leave edible parts of animals (tongue, stomach, intestines, head meat, organs, feet) in the woods or on the mountain.

Now let’s look at a wildlife manager’s job. The only real factor of consideration as it pertains to hunters is how many animals of a given species need to be removed or protected in order to propagate a sustainable, balanced ecosystem. An ecosystem must be considered as a whole, and part of that management plan usually involves the active harvest of predators and furbearers, as well as the ungulates that we love to eat. And frankly, the meat, or salvage of any animal parts, has nothing to do with managing that ecosystem.

For example, where I hunt here in Alaska, taking a number of mature grizzly boars in certain areas can have a dramatic positive impact on struggling moose populations. A single bear will sometimes kill upward of 30 or 40 moose calves per year. Even if only the hide and skull is salvaged from that hunter-killed grizz, removing that bear still results in a net gain of available meat—just in the form of moose on the hoof. Removing mature boars also results in the survival of more cubs—that the boar would otherwise have killed—and more available food to support those cubs. You could even make a pretty good argument that nothing is truly wasted by nature; animals that die of old age, starvation, predation, or a hunter’s hand all support life for other organisms.

Although some animals like lynx, beaver, and muskrat can be turned into tasty table-fare, we typically don’t consider most furbearers a suitable food source. Parasites are often cited as a factor, though proper-cooking negates those dangers. We simply find some animals are better to eat than others, and we base our rubric for what needs to be salvaged upon our collective preference. Many of these less-than-tasty species greatly benefit from a regulated harvest.

Also, any fur skinner worth his or her salt invests an incredible amount of time and effort to ensure that the animals are taken cleanly, the pelts are properly handled, and that the yield from that animal is maximized. You could make a good argument that responsible trappers actually put in more work and exercise more care for the perpetuity of the ecosystems they participate in than your average Joe Hunter, who only ventures out occasionally to put a little meat in the freezer.

These points are not intended to diminish the importance of meat to us as hunters. Rather, I’m simply trying to illustrate that conservation in the form of hands-on wildlife management is multi-faceted, and our personal biases can easily keep us from seeing the big picture. If you’re a self-proclaimed “meat hunter,” you’re likely benefiting from the predator management work done by your fellow trappers, predator hunters, and conservation organizations like Delta Waterfowl.

Even the late predator-control-agent-turned-student-of-wolves Frank Glaser noted that, left to its own devices, nature is not maintained in perfect balance so much as it is a never-ending seesaw between abundance and scarcity. Responsible predator control is a key management tool for the stability of many habitats, regardless of whether the predators are eaten by humans or not. The flip-side of this coin is that we also must be willing to restrain ourselves and not hunt any given species when there isn’t a healthy population to support hunter harvest. This is especially true when we are not depending on its meat to sustain communities.

Meat is absolutely one of the best, most tangible things we get out of hunting. Each of us has a responsibility to not only follow the law and salvage what is required, but to go beyond that. Invest the time and effort in the field to care for your meat, keep it clean, and process it yourself if you are able. If you’re hunting or trapping predators or furbearers, learn the craft, target the right animals at the right time to ensure they are prime, use the right equipment to kill them cleanly while minimizing damage, and learn how to handle hides properly. But most importantly, live by a strong set of ethics, but also keep an open mind and respect your fellow hunters’ code of ethics, too.